The Swiss Federal Administrative Court has dismissed an appeal against a decision of the Federal Institute of Intellectual Property (IGE) in which the latter had refused, in part, to register a figurative trademark representing a surface pattern (Case B-2655/2013, February 17 2014).

Parfums Christian Dior filed international trademark No 1064983 on September 16 2010 based on a basic French registration. The trademark, represented below, covered goods and services in Classes 3, 20, 21, 35 and 44 of the Nice Classification. 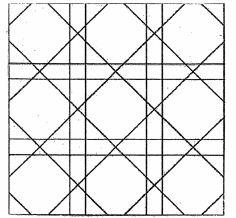 The IGE allowed the trademark for services in Classes 35 and 44 and for “essential oils for personal use” in Class 3, “wooden signs; plastic signs” in Class 20 and “sponges” in Class 21. For all the other goods, the mark was refused on the ground that the relevant consumers would not recognise it as a badge of origin.

The Administrative Court stated that surface patterns which do not merely depict the shape or packaging of a good may be protected. The main issue for the court was whether the surface pattern at issue was merely trite and banal. The court compared the sign with the 'Vienna netting', mainly found on chairs, which looks as follows:

The court held that, even if goods in Class 3 or 21 do not consist of patterns identical to the sign at issue, it was common to use “gridded varieties” of such patterns. Therefore, the sign lacked distinctiveness. For goods in Class 20, the court held that the sign was commonly used. Therefore, the sign was considered to be trite and to lack distinctiveness for all classes. The decision is not yet final and may be further appealed to the Supreme Court.

The decision shows that the registration of patterns which have no original or fancy element is generally difficult. In a leading case, the former Federal Board of Appeal for Intellectual Property had denied protection to the following sign for goods in Class 24, holding that it was trite and lacked distinctive character: 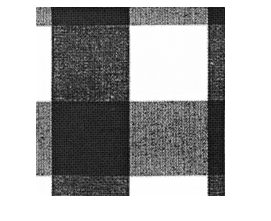