Print article
European Union
Legal updates: case law analysis and intelligence
In Freixenet SA v Office for Harmonisation in the Internal Market (OHIM) (Cases C-344/10P and C-345/10P, October 20 2011), the Court of Justice of the European Union (ECJ) has overturned a General Court decision regarding the registrability of the surface of two sparkling wine bottles for goods in class 33 of the Nice Classification.

The appellant, Freixenet SA, filed applications in April 1996 to register the surface of a black matt bottle (Case T-110/08) and a clear bottle, which, when filled, took on a matt golden colour and appeared to be frosted (Case T-109/08): 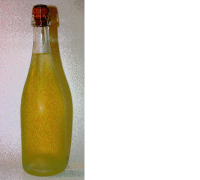 The applications were rejected by OHIM and appeals were filed on the basis of breach of the following articles of the Community Trademark Regulation (40/94):
In relation to the first limb of Article 73, the General Court found that, although OHIM had not specifically referred to evidence submitted by Freixenet, it had referred to practical experience from sales of mass market products. Therefore, no breach had occurred.

With regard to the second limb, Freixenet claimed that OHIM had not given it an opportunity to comment on factual evidence raised by OHIM. However, this argument was dismissed, as OHIM had informed Freixenet that a wide variety of bottles were on the market and provided three websites that showed examples of these bottles. As a result, the court felt that Freixenet had been given an opportunity to file comments on the facts leading to OHIM’s decision.

In relation to Article 7(1)(b), the General Court found that the marks would have to be distinguishable to become registered and, as the surface of the bottles did not contain a textual element, the consumer would be unable to identify its trade origin. Therefore, the marks applied for did not function as trademarks.

In relation to Article 7(3), Freixenet had filed market research studies, sales data and consultants' reports, certificates from 30 trade registers in Spain, as well as prior decisions of the Spanish courts and the Spanish Trademark Office to establish that the surface of the bottles had become distinctive through use. The General Court considered that the evidence was not sufficient, as there were flaws in the market research. Moreover, the court did not need to take national decisions into consideration. Therefore, the appeal was rejected on all three grounds (for further details please see "Surface of wine bottles held not to be registrable").

Freixenet appealed to the ECJ on the following grounds:

Freixenet claimed that OHIM should have provided concrete responses to the specific arguments it had filed, and that the vague and general denials that OHIM had submitted should not have been accepted. In addition, Freixenet argued that the court had incorrectly presumed that a non-verbal sign has no distinctive character when it is not used in combination with a word element. This was contradictory to case law and the regulation, which does not provide that inscriptions or word elements are necessary for registration of a mark.

The ECJ reiterated case law confirming that only a mark that differs significantly from the norm or customs of the sector and fulfils its essential function of indicating origin is not devoid of any distinctive character for the purposes of Article 7(1)(b).

The ECJ disagreed with the General Court’s opinion that a bottle without a label or an inscription could not determine the origin of the goods. The ECJ found that this assessment would mean that marks consisting of the appearance of the packaging of the product itself that did not contain an inscription or word element would be automatically excluded from protection. This assessment was not in accordance with the regulation and, as such, the plea of infringement of Article 7(1)(b) was upheld and the contested General Court decisions were annulled. The ECJ also found that it was unnecessary for it to examine the other appeal grounds put forward by Freixenet. Freixenet was therefore successful and OHIM was ordered to pay the costs of the first instance cases and the appeals.

Fifteen years is a long wait for a favourable decision. Freixenet and proprietors of other products which themselves function as trademarks will be celebrating this decision, as it confirms that, as long as a product has a distinctive feature, can function as a trademark and departs significantly from the norm of the sector, it will potentially be registrable.