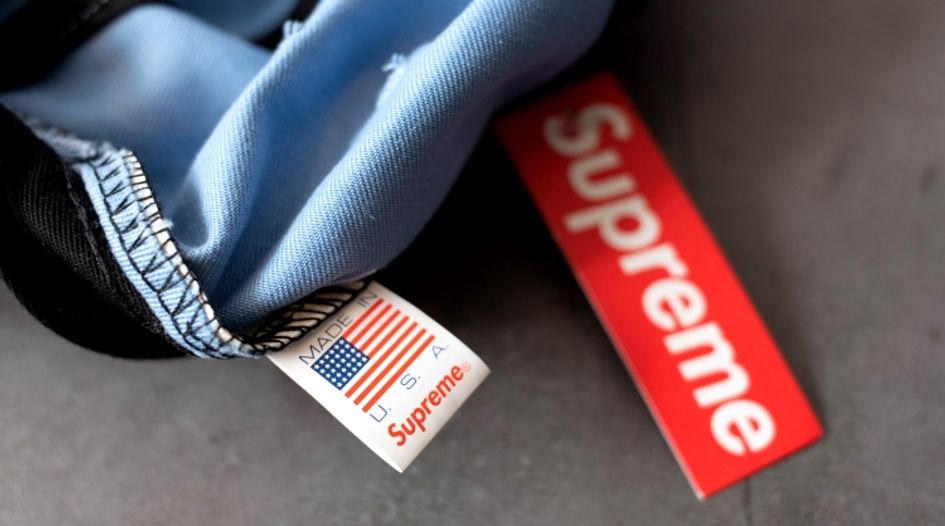 Every Tuesday and Friday, WTR presents a round-up of news, developments and insights from across the trademark sphere. In our latest edition, we look at the rise of sonic brands, how brand investment in influencers is on the rise, ICE sending out a warning before the NBA finals, the New Zealand IP Office warning of scam letters, and much more. Coverage this time from Trevor Little (TL), Bridget Diakun (BD), Jonathan Walfisz (JW)  and Tim Lince (TJL).

Caterpillar faces petition headache over cat enforcement – A coffee shop in California has spoken out about a cease-and-desist letter it received from industrial giant Caterpillar. The issue is related to a trademark application filed by the coffee shop, called Cat & Cloud Coffee, for using the term ‘cat’ on apparel classes – and owners of the cafe have made clear they are not going out without a fight. The owners have spoken to the media, including ABC and CNN, which has positioned the story as a ‘David versus Goliath’ battle involving a generic term. Unsurprisingly, as it featured the term ‘cat’, the story went viral on the internet, with hundreds of comments posted on Reddit, many of which angered by the enforcement move. On top of that, a petition urging Caterpillar to stop “bullying” small businesses for using the term ‘cat’ has reached 15,000 signatures. For Caterpillar, it presents a PR challenge – especially as many are misinterpreting the legal dispute as the company wanting to close down the cafe for having the term ‘cat’ in its name. In a statement to Sprudge, the company issued a statement clarifying, “we are not suing Cat & Cloud, not targeting a small business and not focused on Cat & Cloud’s primary interest: coffee,” expanding: “We’ve simply asked the US Trademark Office to remove Cat & Cloud’s trademark registration on footwear and apparel only, products for which Caterpillar has longstanding trademarks and a considerable business. We hope to resolve this issue quickly.” Such a story is relatively common nowadays; nonetheless, it is one that the major corporation will need to tread carefully with, or face further negative PR. (TJL)

Sonic brands could be the next big thing – The use of audio to engage with consumers is an important medium as sounds have been proven to be a powerful way to provoke emotions and generate memories, notes a report in AdWeek. It expands that brands which create a multisensory experience have a higher likelihood of delivering a resonating message, as the senses are linked to the part of the brain that is responsible for emotion, memories and feelings. There has been a definite uptick in the use of voice-activated technologies, making the sonic branding message a more important way to gain exposure and engage with consumers. Of course, attaining registrations for sound marks often remains a challenge, For those that are successful, however, the article is a reminder of how powerful an asset they can be (BD)

ICE sends out warning to consumers in the midst of the NBA finals – During the excitement of the NBA finals, ICE Homeland Security Investigations (HSI) has put out a warning to fans to be vigilant against purchasing counterfeit apparel and tickets. Infringers often take advantage of high profile sporting spectacles, thus HSI often pairs up with state and local law enforcement during these events to tackle the issue head on. Consumers are reminded to limit their shopping to authorised retail locations and dealers, and to be wary of ripped or off-looking merchandise. ICE further highlights the price check, where if the price seems like it is just too low then it is likely a fake good. (BD)

Nepal government to crackdown on fakes – The government of Nepal has announced it will fund new measures to help tackle the scourge of fake goods in the country, according to local media. Nepal’s finance minister, Yuba Raj Khatiwada, confirmed: “The government will ensure the standard and quality in the domestically produced goods and will curb the sales of products that imitate established national and international brands.” There provisions are included in the country’s annual budget. (TJL)

Study reveals few domestic brands in Africa are recognised – A new study into the most well-known brands in Africa has found just 14% of the top 100 come from the continent itself. The research, based on a survey of adults conducted in 25 countries across Africa, lists the leading brands spontaneously recalled by respondents. In first place is US brand Nike, while the leading African brand was telecoms company MTM, followed by Ethiopian brand Anbessa Shoes and Nigerian firm Dangote. According to a press release, African brands appearing in the list hit “an all-time low”, with Thebe Ikalafeng, founder and chairman of Brand Africa, commenting: “It is disappointing that despite its vibrant entrepreneurial environment, Africa is not creating new competitive brands to meet the needs of its growing consumer market.” Questions may now be raised about how to raise the profile of domestic brands in the region. (TJL)

Brand investment in influencer marketing rising – New research has found that brands are now spending upwards of 25% of their digital marketing budget on influencer marketing. According to Talking Influence, brands working with influencers (especially on blogs and social media) is moving “from being a PR tactic to a strategic tool that’s integral to digital media marketing”. Indeed, the results seem to indicate it will continue rising – 57% of markets claim that influencer content “outperforms branded content”, according to the survey. For trademark practitioner, such news is a reminder that influencer campaigns need to be compliant with practice codes – and, luckily, it’s an issue that WTR has written extensively on. (TJL)

Businessman sentenced to nearly four years for counterfeiting activities – The owner of a business in Orange County has been given nearly four years in federal prison for selling counterfeit electronic goods. Rogelio Vasquez pleaded guilty to four felony counts, stating that he acquired “old, used and/or discarded” integrated circuits from China which he later resold, some of which were used in military equipment. He was ordered to pay $144,000 and foreit $97,363 in cash as well as the remaining counterfeit products in his possession. Over the seven years Vasquez reported trafficking 9,000 integrated circuits, which had a valued of $894,218. While many consumers continue to perceive counterfeits as a relatively harmless activity, the risk of malfunctioning electrical devices poses a real problem to public health and safety. (BD)

China strips Supreme ‘counterfeit’ of trademarks – The Chinese Trademark Office (CTMO) has revoked the trademarks of International Brand Firm Limited-owned ‘Supreme Italia’. CTMO ruled that two trademark applications for ITSUPREMENOW were infringing on US fashion brand Supreme. Previously, the US-based Supreme had accused Supreme Italia of trademark infringement after opening two retail stores in Shanghai making liberal use of Supreme’s trademarks on its products. Despite a “first-to-file” system operating in China, brands can nevertheless argue for bad faith filings if a trademark is substantially well-known within the Chinese market already. Supreme currently has no Chinese trademarks but does have 85 pending applications. Expect to hear more about the global battle of the Supremes, which has been the focus of widespread media coverage scrutiny (and behind the scenes lobbying by those with skin in the game eager to obtain favourable coverage) (JW)

Significant rise of design registrations in Portugal – The Intellectual Property Office of Portugal (INPI) has announced that new designs registered in the country so far this year has already overtaken the total figure from 2018. Specifically, 1,100 new designs were registered in Portugal between January and March – representing a 129% increase compared to the same period last year, and surpassing last year’s total figure. (TJL)

New Zealand IPO warns of rise in solicitation campaigns – The New Zealand Intellectual Property Office (IPONZ) has posted a warning about an “increasing amount of unsolicited or fraudulent IP protection, promotion or advertising services being offered to IP holders” in the country. The registry has been particularly strident against tackling such scams, including New Zealand Commerce Commission reaching an “interim agreement” with one such solicitation scammer, TM Publisher, to refund any trademark owner that paid a misleading invoice from 2016. Nonetheless, it appears such scams continue. (TJL)

IP5 to convene in South Korea – The IP5, an annual roundtable with the world’s top five IP offices will be hosted in Incheon’s Songdo from 11-13 June, reports the Korea Herald. The five member states taking part are the US, Japan, the EU, China, and Korea. Combined, the five countries make up over 85% of IP applications worldwide. The focus this year will be IP cooperation in light of the fourth industrial revolution, namely the influence of AI on global markets. Announced by the KIPO on Sunday, this is the third IP5 to be held in South Korea after Jeju Island in 2008 and Busan in 2014. (JW)

Trump socks highlight counterfeit issues on Amazon – Over the weekend, Wired published an article about an LA-based company’s battle against fakes on Amazon. Specifically, the company sells Donald Trump-themed socks that were viral earlier this year after Louisiana lieutenant governor was seen wearing them when meeting the US president. Erica Easley, founder of sock company Gumball Poodle, explained to Wired that after the socks went viral, they become Amazon’s best selling novelty sock item. However, a week later, “dozens of third-party merchants, most of whom looked to be from China, had jammed her Amazon listing with what Easley believed to be knockoffs, selling for a fraction of the original $30 price tag” – with matters being made worse when Amazon “chose one of the frauds as the default seller, shutting Gumball Poodle out” while “other third-party sellers appeared to have taken Easley’s photos and set up their own, much cheaper listings”. The article goes on to explain that Easley had attempted to rectify the IP infringement (the company has a registered patent for the design and a registered trademark for the sock’s logo), but claims that “the company largely ignored her pleas for help”. However, following contact from Wired, the counterfeits were eventually removed, with an Amazon spokesperson saying: “Amazon strictly prohibits the sale of counterfeit products and we invest heavily in both funds and company energy to ensure our policy is followed.” While positive that the fakes were taken down, the article highlights how sometimes it is only when the media gets involved that parties – such as online marketplaces – take swift action against fake goods. (TJL)

Polsinelli introduces new shareholder – According to a press release on Polsinelli’s website, the firm has appointed Eric Hanson to shareholder of the national IP department. Hanson has 20 years of experience working on patent matters as well as issues related to copyright, trade secrets and trademarks. He will work toward expanding the firm’s IP capabilities in the southeast of the US. (BD)

Withers & Rogers strengthens presence in Munich – Withers & Rogers has announced the move to larger offices in Munich, which it states is a response to growing demand for specialist intellectual property services from corporates based in continental Europe, as well as from international clients seeking IP protection in Germany and across Europe. Karl Barnfather, chairman of the European IP firm, states: “With this expansion to bigger premises, we are investing in our future in Germany and continental Europe and ensuring that we can continue to give our clients the high-quality services they require.”  (TL)