The Supreme Court agreed with the Patent Court that the distinctiveness of a 3D mark should be determined in the same manner as for any other trademark, by reference to all its elements - including shapes, symbols, letters and figures - and should not be limited to the 3D shape alone, as dictated by KIPO's amended examination guidelines.

In particular, the Supreme Court indicated that the Patent Court had properly considered all elements of the trademark application at issue, which consisted of the shape of artificial hip joint balls (depicted below), including both the non-distinctive 3D shape and the distinctive English characters ‘BIOLOX delta’, when determining the overall distinctiveness of the mark. 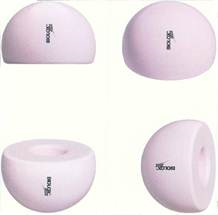 In view of the Supreme Court's decision, a further revision of KIPO's examination guidelines is expected to be issued in due course.