The Federal Supreme Court has upheld an appeal by the Swiss Federal Institute of Intellectual Property (IGE) against a decision of the Federal Administrative Court in a case involving the mark EPOSTSELECT.

The Swiss Post filed an application for the registration of the combined word and device mark EPOSTSELECT, including claims for the colour “black, yellow”, as shown below, for goods and services in Classes 9, 38 and 42 of the Nice Classification: 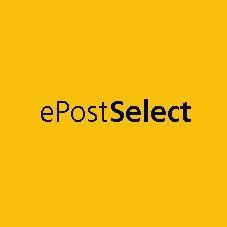 The application was rejected by the IGE on the ground that it was descriptive.

On appeal, the Swiss Administrative Court granted trademark protection, after the colour claims were amended with RAL and Pantone specifications (ie, RAL 1004 and Pantone 116 C/109U), and on the ground that the association with a specific vendor of existing products resulted in sufficient distinctiveness.

Upon appeal by the IGE, the Supreme Court overturned the lower court’s decision and confirmed the IGE’s position that the EPOSTSELECT mark lacked inherent distinctiveness, since it would be understood in a descriptive sense as meaning “selected electronic mail”. None of the graphical elements resulted in inherent distinctiveness - that is, the simple yellow background, the common font, the combined words without spaces, the letters in bold, the upper or lower case and even the RAL/Pantone specifications were not sufficient.