The German Federal Supreme Court has given further guidance on how to deal with cases where differing representations of a Community design are being asserted against a later design (Case I ZR 124/10, Weinkaraffe/wine decanter).

The claimant sought a judgment of infringement on the basis of its registered Community design, which consisted of the following representations: 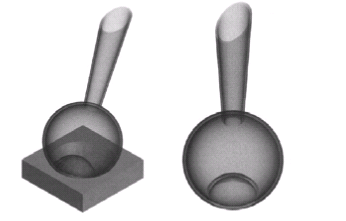 against the following product: 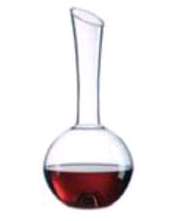 The court first held that a distinction should be made between the subject matter of a registered design and its scope of protection. The subject matter derives from the various views of the appearance of the whole or part of the product resulting from the application as filed. Different and inconsistent representations of a design do not establish different subject matters; rather, each application constitutes a single subject matter.

Where - as in the underlying case - the various views of the registered design are inconsistent (ie, one representation included a base, while the other did not), it is appropriate to limit the specific subject matter to the greatest common subset (ie, those features that can be seen in all the different views).

Turning to the infringement test (ie, whether the accused device produced the same overall impression on the informed user as the cited Community design), the Supreme Court confirmed the findings of the lower court that there was no infringement due to the fact that the asserted design is also characterised by its base, which is missing in the accused design.

This issue - whether a registered Community design can provide protection for only part of the product - has been debated for many years in Germany among the appeal courts of Munich, Hamburg, Hamm and Frankfurt, among others. The situation is now clear, especially in terms of filing strategies: if an applicant wishes to claim protection for part of a design, it must file the corresponding design application.