On June 19 2017 the US Supreme Court handed down its long-awaited ruling in Matal v Tam, holding that the disparagement clause of the Lanham Act violates the First Amendment’s free speech clause.

On December 22 2015 the Federal Circuit reversed the Trademark Trial and Appeal Board’s refusal to register the mark THE SLANTS for entertainment in the form of a musical group. It held that Section 2(a) of the Lanham Act, which bars the federal registration of trademarks that consist of or comprise “immoral, deceptive, or scandalous matter; or matter which may disparage or falsely suggest a connection with persons, living or dead, institutions, beliefs, or national symbols, or bring them into contempt, or disrepute”, was unconstitutional and should be reversed. In April 2016 the US Patent and Trademark Office (USPTO) filed a petition for a writ of certiorari to review the US Court of Appeals for the Federal Circuit’s decision in In re Tam, asking the Supreme Court to answer the question of whether the disparagement provision in Section 2 is invalid under the First Amendment.

Before assessing this issue, the court considered Tam’s argument that the clause does not reach marks that disparage racial or ethnic groups. Tam argued that the prohibition of the registration of marks that disparage “persons… includes only natural and juristic persons”, not “non-juristic entities such as racial and ethnic groups”. The court disagreed, stating that as the clause uses the word ‘persons’, a mark that disparages a substantial percentage of the members of a racial or ethnic group necessarily disparages many persons, namely, members of that group.

However, on the bigger question the court sided with Tam. To reach its decision it considered three arguments made by the government:

Going further, the court contended that “it is far-fetched to suggest that the content of a registered mark is government speech”, expanding: “If the federal registration of a trademark makes the mark government speech, the Federal Government is babbling prodigiously and incoherently. It is saying many unseemly things. It is expressing contradictory views. It is unashamedly endorsing a vast array of commercial products and services. And it is providing Delphic advice to the consuming public.”

Alito, joined by the chief justice, Justice Thomas and Justice Breyer, then turned to the question of government subsidy, stating that the argument that this case is governed by the court’s subsidised-speech cases is unpersuasive. The suggestion of a new government-programme doctrine was similarly deemed unpersuasive. The court next explored the issue of commercial speech, stating that the disparagement clause cannot withstand Central Hudson review.

Tackling the notion that the government has an interest in preventing speech from expressing ideas that offend, the opinion states that this “strikes at the heart of the First Amendment”, expanding: “Speech that demeans on the basis of race, ethnicity, gender, religion, age, disability, or any other similar ground is hateful; but the proudest boast of our free speech jurisprudence is that we protect the freedom to express ‘the thought that we hate’.” In short, the court found that the disparagement clause “offends a bedrock First Amendment principle: Speech may not be banned on the ground that it expresses ideas that offend.”

A few hours after the decision was handed down, The Slants’ Simon Tam offered his reaction on Facebook, stating: “The Supreme Court has vindicated First Amendment rights not only for The Slants, but all Americans who are fighting against paternal government policies that ultimately lead to viewpoint discrimination… Irony, wit, satire, parody... are essential for democracy to thrive, these are weapons that neuter malice.”

By contrast, the National Asian Pacific American Bar Association (NAPABA) released a statement expressing concern about the ruling. “The ability of any business or individual to have the exclusive ability to profit from racial slurs using a federal trademark, no matter their intent, has harmful consequences,” claimed NAPABA President Cyndie M Chang. 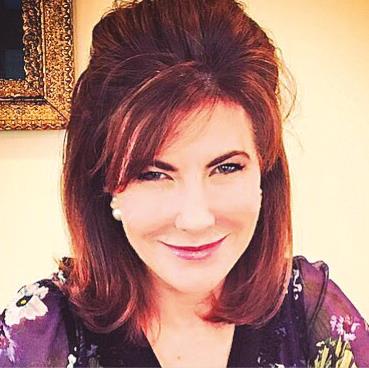 It is my opinion that the court did not adequately address the issue of commercial speech. Instead it glossed over the fact that trademarks are commercial speech and it wrongly dismissed the notion that a USPTO federal trademark registration is a type of federal subsidy. Respectfully, I could not disagree more with the court.

As this very court held in 2015 in B&B Hardware, benefits conferred by a federal registration are “significant”. There is no doubt that a federal registration operates as a type of subsidy: it confers extraordinary rights such as constructive first use in all 50 states from the date the application is filed, to the presumptions of validity, ownership, and use of the mark should one need to sue to enforce it. Yet the court actually compared this to the non-monetary benefits of any governmental service such as the fire department or the police. In my opinion this is legal sophistry.

The non-monetary benefits of the fire department or the police benefit all of society; they are for the good of all of society. The non-monetary subsidy of the federal registration benefits the mark holder alone. It is a commercial benefit. It states that after five years even a senior user cannot cancel the registration. That is a huge benefit that is singularly commercial and singularly to the benefit of the registrant. So when the court states that the regulation cannot meet the Central Hudson standard of being narrowly tailored, it makes that assertion without support: the prohibition applies to a single mark vis-à-vis a specific person or group. The court simply did not give adequate analysis to commercial speech and its comparison of the commercial subsidy conferred in trademark registration to the societal expenditure of the police force is simply not supportable. 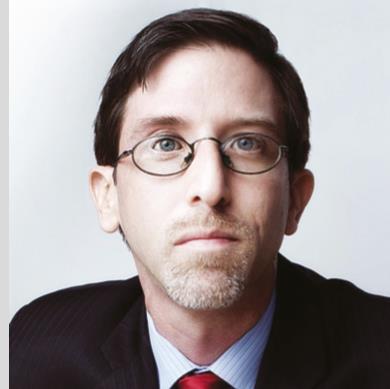 While we will probably see a glut of smutty, offensive and outrageous applications to register trademarks, I don’t foresee a major impact on commercial activity. Brands and manufacturers which adopt offensive names have done so without concern of whether these names could be registered. And many of these applications are for applicants who aren’t likely to make any widespread use of these trademarks.

I would have liked to see more lawyers and artists discuss the implications of Simon Tam being the applicant, as opposed to a partnership or other entity formed for The Slants band. I’ve frequently said that the most important trademark consideration for a band isn’t how to register its trademark, but who owns it. I understand that Tam initially applied to register the trademark before he retained counsel. Often, the individual applicant later assigns the rights to a newly formed entity and records that assignment with the USPTO. But in this case, once the trademark is registered, the presumption is that it is owned by Simon Tam and not the other band members. This could be significant if there are changes in band membership. We’ve seen this countless times with bands, fighting over uses of the band a name.

Of course, the most obvious winners here are Dan Snyder, the Washington football team and the Cleveland Indians. However, I doubt the activists trying to compel Washington to change its name and Cleveland to change its logo will slow down in their fight. Nor should they. Although I hope that both teams make the right decision and correct their wrongs, the battle to cancel their trademarks was an awkward way to achieve that purpose. There is virtually no other way to have the government compel these teams to make these changes. Given that the motive was ultimately to make these teams change their speech, it drove home the First Amendment implications of their challenges. I feel for the activists, but in many First Amendment battles we will have to side with the bad guys and against the well-meaning.