In Icelandic Water Holdings Ltd v Iceland Glacier Wonders Ltd, in two separate decisions (Supreme Court Cases 721/2014 and 731/2014, June 4 2015), the Supreme Court has decided whether the defendant was allowed to use the words ‘Iceland Glacier’ as part of its company name and trademark.

Case 721/2014 concerned the use/registration of ‘Iceland Glacier’ in a company name. The district court had allowed such use in Case E-3003/2013, but the Supreme Court overturned that decision. Case 731/2014 (which was based on the same registrations and involved the same parties) concerned a request for an injunction against use by the defendant of the trademark depicted below on a web page, in advertisements, in shops, on goods or in the course of business. 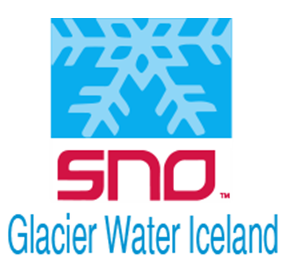 The facts of both cases are as follows. In April 2013 the plaintiff/appellant, Icelandic Water Holdings Ltd, purchased the trademark ICELAND GLACIER (Registration No 674/2008), applied for in August 2007 and registered in June 2008 in the following classes of the Nice Classification:

The word-and-design mark ICELAND GLACIER (depicted below) (Registration No 1175/2007), which covered goods in Class 32 (beers; mineral and spring water, aerated waters and other non-alcoholic beverages; energy and health drinks; fruit beverages and fruit juices; syrups and other preparations for making beverages; non-carbonated water, carbonated water), was also included in the sale.

The defendant, Iceland Global Water Ltd, was established in 2007. In 2013 its name was changed to Iceland Glacier Wonders Ltd.

In Case 721/2014, the appellant demanded that the defendant ceased using its trademark in the new company name. Both companies are engaged in the marketing and export of water. In the district court decision, the defendant was acquitted, but the Supreme Court overturned the decision, referring to Article 1 of Act 138/1994 on Private Limited Companies. The names of such companies are subject to the provision of Paragraph 1, Article 10 of Act 42/1903 on Commercial Registers, Companies and Procuration, where it is stated that no one is allowed to include the name of another’s real estate in its company name without permission. Based on an analogy with this provision, it has been considered that it is prohibited to include another’s trademark in a company name without permission.

"As previously mentioned, the appellant is the owner of the word-and-device mark ICELAND GLACIER, registered in a class covering water and other drinks. Furthermore, it is the owner of the word mark ICELAND GLACIER registered in various classes, including drinks other than water. The words in the marks both appear in the defendant’s company name with the addition of ‘Wonders’, but it is evident in this case that the business activities of both parties are comparable and mainly regard the sale and export of water in accord with the business description of the companies. According to this, the company name of the defendant consists primarily of the words making up the trademarks, which both cover drinks, including water (the word-and-device mark). Therefore, there is an obvious danger that the firm name will be confused with the marks in such a way that the goods bearing those marks will be considered to originate from the defendant. This is against the appellant’s trademark rights according to Paragraph 1, Article 4 of the Trademarks Act 45/1997. Therefore, the claim that the defendant must be prohibited from using the words 'Iceland' and 'Glacier' in its company name is accepted."

In Case 731/2014, the plaintiff initially sought a preliminary injunction against use of the above trademark in the course of the defendant's business (other than in the company name). The preliminary injunction was granted by the district commissioner. The district court, however, later rejected such a preliminary injunction and argued that there was no confusing similarity between the marks. The district court stated that the plaintiff could not base its claim on the word mark ICELAND GLACIER, since mineral and spring water in Class 32 and ice in Class 30 were specifically excluded from the list of goods during the examination of the application at the Patent Office. Consequently, that registration could not support a claim based on the Trademarks Act, the Act on Supervision of Unfair Commercial Practices and Transparency of the Market or the Company Names Act.

The court then referred to the word-and-design mark ICELAND GLACIER, noting that this registration covered mineral and spring water in Class 32. However, since the mark was a combined word-and-design mark and the design was not included in the company name of the defendant, the registration would not support the claim of the plaintiff. The court referred to Article 4 of the Trademarks Act, which concerns the scope of protection of registered trademarks; it underlined that the similarities between the marks must be assessed globally and that the visual comparison was the most relevant. Referring to Article 15, Paragraph 1 of the Trademarks Act (which states that a “trademark right acquired through registration does not cover such elements of the mark which could not be registered separately”), the court found that the words in the mark were descriptive.

The Supreme Court confirmed the decision of the district court, albeit based on a different reasoning, as follows.

The appellant’s word mark ICELAND GLACIER was not registered for mineral and spring water, since the mark lacked distinctive character for these goods (see Article 13 of the Trademarks Act). As a result, the appellant could not claim that it had sole right to these words and prevent others from describing their water-related goods in such a general manner. Therefore, it could not be considered that the defendant had violated the appellant’s rights in its word mark, even though the words 'Iceland Glacier Water' appeared on the defendant’s water bottles.

Regarding the word-and-design mark ICELAND GLACIER, the appellant owned a registration for this mark for mineral and spring water. The mark in question is formed by the words 'Iceland Glacier', in which the letter 'A' has a specific shape and a blue colour. The appellant was of the opinion that the symbol on the defendant’s water bottles violated its rights to the mark and was in breach of Article 4 of the Trademarks Act. The trademark on the defendant’s water bottles was unregistered, but it included a symbol similar to a snowflake crystal, with 'SNO' written below in large letters. 'Glacier Water Iceland' is written below in considerably smaller letters.

Regarding the similarity of the goods, it was an undisputed fact that the marks covered the same goods. In such cases, the requirement that the marks be dissimilar is increased. Regarding the similarity of the marks, it was noted that the visual similarity of the marks was limited. In addition, there was no aural similarity with regard to the word 'SNO' on the defendant’s goods, and the main emphasis was placed on this opening word. There was also no aural similarity with regard to the word 'water' in the defendant’s mark, while the words 'Iceland Glacier' (in this context) represented a description of the water’s origin. Therefore, the emphasis was on the additional word 'water'. Based on the aforementioned, it could not be said that a danger of confusion existed between the marks, even though they covered the same goods.

The appellant also based its claims on Article 15 of Act 57/2005 on the Supervision of Unfair Commercial Practices and Transparency of the Market. However, the Supreme Court did not accept that the claim could be based on such ground.

The Supreme Court's reasoning regarding the similarity of the word-and-design mark ICELAND GLACIER and the defendant's mark was more detailed, compared to the reasoning of the district court, as to the criteria of global appreciation. For example, the Supreme Court's reasoning seems to refer to the interpretative guideline, as outlined by the Court of Justice of the European Union, that any evaluation should take into account the fact that, if the goods/services are not identical, then the marks should be more similar, and vice versa.

The Supreme Court's conclusion was, however, that there was no danger of confusion within the meaning of the law.

The Supreme Court’s evaluation of the scope of protection of the word mark was not different from that of the district court regarding one important point: the reasoning referred to the deletion of certain words in Classes 30 (ice) and 32 (mineral and spring water) from the application as filed. That limitation (according to a decision of the Patent Office) was not objected by the applicant. The limitation of the list of goods (based upon a lack of distinctiveness) was decisive according to the Supreme Court’s reasoning (as well as the district court's): since the term “other non-alcoholic beverages” was not deleted from the list of goods, the precise coverage of the registration could be further debated, but the Supreme Court did not address this.

In summary, the Supreme Court concluded that the defendant was allowed to use the words 'Iceland' and 'Glacier' in the course of its business, but not in its company name.