In Zoggs International Limited v Sexwax Incorporated ([2015] NZSC 16, March 2 2015), the Supreme Court, the highest court in New Zealand, has declined leave to appeal a decision of the Court of Appeal, meaning the end of the road for Zoggs International Limited in its bid to register ZOGGS as a trademark in relation to “clothing, footwear, headgear, swimwear, swim caps, warm-up suits, t-shirts, jackets, beachwear, leisure wear, ski wear, sports clothing and wet suits”.

In 2009 Zoggs International, an English company, made its ill-fated trademark application. It was opposed by Sexwax Incorporated, a Californian company responsible for the MR ZOGS SEX WAX-branded products. The MR ZOGS SEX WAX trademark it relied on was not registered in New Zealand: 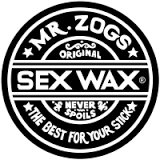 Zoggs International had for some years sold swimming goggles and other swimwear under the brand name Zoggs in New Zealand.

Despite both parties selling product in New Zealand and no evidence of confusion or deception, Sexwax was successful in arguing at the opposition that the registration of ZOGGS would be likely to deceive or cause confusion, given the reputation associated with the MR ZOGS SEX WAX trademark in New Zealand.  This decision was overturned by the High Court on appeal, but was reinstated on a further appeal to the Court of Appeal. Zoggs sought leave to appeal to the Supreme Court.

In order to be granted leave, Zoggs International had to show that the application raised issues of general or public importance or involved the risk of a substantial miscarriage of justice.

Zoggs application for leave focused on the application of the test for confusion and deception, its own use of ZOGGS in New Zealand and the prominence, or lack thereof, of the word 'zogs' in the MR ZOGS SEX WAX trademark. In a short dismissal, the Supreme Court found no error in the way the Court of Appeal approached these issues and certainly nothing that raised issues of general or public importance or involved the risk of a substantial miscarriage of justice.