A decision of the Supreme Court has put to an end 20 years of legal wrangling over a much older issue. 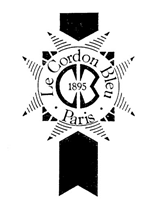 Renaud Cointreau claimed to have established a particular style of cooking and trained many people from all over the world, including one Lourdes Dayrit.

Meanwhile, Ecole de Cuisine Manille Inc, a business run by Ms Dayrit, operated a restaurant business and had been using the CORDON BLEU mark since 1948 in the Philippines.

The Supreme Court ultimately decided for Renaud Cointreau on the basis of its long use and fame, and on the ground that Ecole de Cuisine Manille had no legitimate explanation for its use of the mark. The court affirmed that first registration must be by the legitimate owner of the mark, as a matter of fairness.