The Supreme Administrative Court has reversed a decision of the Warsaw District Administrative Court, holding that the latter should have taken into account the fact that TZMO SA's figurative trademark HÁPPY BELLA BABY contained elements used in earlier trademarks also owned by TZMO (Case File No II GSK 932/10, October 26 2011).

On September 28 2006 the Polish Patent Office granted a right of protection to TZMO for the figurative trademark HÁPPY BELLA BABY (R-179043): 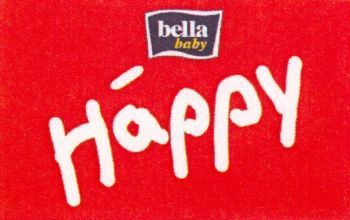 In September 2007 US company Clinique Laboratories LLC filed an opposition, claiming that the mark infringed the following well-known trademarks:

According to Clinique, HÁPPY BELLA BABY was confusingly similar to its marks and could mislead consumers as to the origin of the goods.

TZMO claimed that the opposition was groundless, stressing that its trademark contained characteristic word and figurative elements - namely, a navy blue flag bearing the inscription 'bella baby', which is known to consumers as identifying products originating from TZMO. Moreover, Clinique's goods are available only in luxury stores.

In May 2009 the Polish Patent Office cancelled the right of protection R-179043 in respect of the abovementioned goods in Class 3. The Patent Office found that the trademarks were so similar that use of the HÁPPY BELLA BABY mark could mislead consumers as to the origin of goods.

TZMO appealed to the District Administrative Court in Warsaw. On April 8 2010 the court dismissed the complaint, stating that the overall impression conveyed by the marks was a crucial criterion when assessing the similarity. It held that the differences between the marks (ie, the graphic elements and the additional word elements of the opposed mark) did not eliminate the risk of association or confusion between the marks (Case File No VI SA/Wa 2013/09).

TZMO filed a cassation complaint before the Supreme Administrative Court, claiming that the lower court had infringed Article 80 and Article 107.3 of the Administrative Proceedings Code, in conjunction with Article 256.1 of the Law on Industrial Property. According to TZMO, the court had not taken into consideration that the Patent Office had overlooked the fact that the trademark HÁPPY BELLA BABY was a combination of its earlier trademarks, namely:

Moreover, the court had not taken into consideration that the Patent Office had overlooked the commonly known fact that the word 'happy' is:

TZMO also argued that many trademarks including the word element 'happy' are registered in Class 3.

First, the Supreme Administrative Court noted that, in the present case, the dispute involved a complex trademark and word trademarks. According to the court, the word elements are not always the most important in complex trademarks. Each case must be assessed individually.

With regard to the HÁPPY BELLA BABY mark, it was essential to note that all the elements used in it had already been used in earlier trademarks owned by TZMO. The overall impression of the mark was dominated by its graphic elements. However, the district court had not considered whether the colours used in the mark and the stylised form of the word 'happy' differentiated the mark from the cited word marks. The district court has also failed to take into account that the Patent Office had erred in selecting a single element of the complex trademark and comparing it with the cited marks. The Patent Office should have compared the marks as a whole.

The district court merely approved the reasoning of the Patent Office, thereby failing to consider TZMO's argument that the word 'happy' had a weak distinctive character. The court should have taken into account the fact that the word 'happy' is well-known to Polish customers and is widely used in advertising to describe the properties of goods. However, it can acquire distinctiveness when used in combination with other words, such a company name, or by using additional graphic elements.

In addition, the district court had failed to compare the marks at issue phonetically and semantically: it merely agreed with the Patent Office that the HÁPPY BELLA BABY mark was highly similar to the cited trademarks. Therefore, it had failed to compare the trademarks as a whole. According to established case law, the evaluation of the likelihood of confusion should be based on the overall impression conveyed by the marks, taking into consideration, in particular, their dominant and distinctive elements.

Therefore, the court upheld TZMO's argument that the district court had not sufficiently reviewed the phonetic aspects of its trademark and totally omitted to review its meaning.

According to the Supreme Administrative Court, in assessing the risk of confusion and, in particular, the risk of association, it was essential to note that the HÁPPY BELLA BABY mark combines elements used in TZMO's earlier trademarks; therefore, consumers will associate the HÁPPY BELLA BABY mark with these earlier marks. Another important fact was that Clinique's trademark is destined to be used on luxury goods, which means that the parties' trademarks target different groups of consumers.