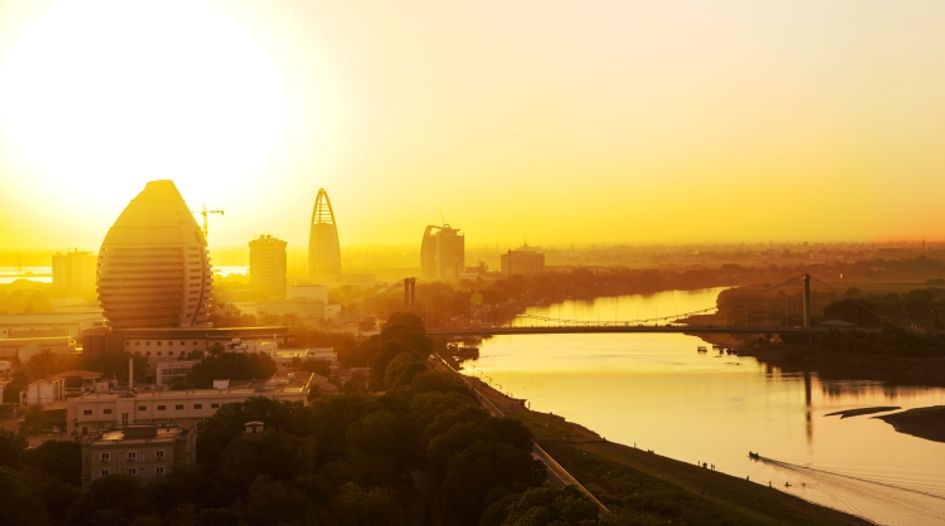 Every Tuesday and Friday, WTR presents a round-up of news, developments and insights from across the trademark sphere. In our latest edition, we look at energy drink giant Monster issuing a statement as the VPX spat escalates, a Harry Potter trademark being rejected by the USPTO, a report showing craft brands effectively engaging with social media users, a victory for Swatch, and much more. Coverage this time from Trevor Little (TL), Adam Houldsworth (AH), Bridget Diakun (BD) and Tim Lince (TJL).

Three-quarters of consumers put off by counterfeits – 76% of the public would be less likely to buy from a brand that had been repeatedly associated with counterfeit products, a recent poll by Sapio Research suggests, providing further evidence of the non-direct damage inflicted on companies from fake goods. Based on a sample of 1,000 UK consumers, the poll found that a quarter of people had unwittingly purchased a counterfeit product in the past year. Of these, two in three said that they had lost confidence in the brand and 44% responded that they would be reluctant to buy the brand online again. 41% of these consumers reported that they had not received refunds when they reported a counterfeit seller; 10% said they had suffered health issues as the result of their purchase. Moreover, the poll found that more than three quarters of consumers said that a brand’s reputation was either “highly important” or “important”. (AH)

Report shows that craft brands engage users better than large ones – Traackr, an influencer relationship management platform, examined some of the spirit trends in influencer content to find that craft brands are more successful at driving connections with consumers. The company analysed the mention of alcoholic products across 2018, taking a look at how influencers presented them and how followers engaged with the brand mentions. Traackr only looked at influencers who “produced content related to more than 100 keywords on beverages” and who had an audience which were interested in beverage and food. Another requirement was for influencers to have a certain amount of followers in markets in North America and Europe. The study found that, although craft breweries have less influencers promoting their brands than large companies, their posts result in double the engagement. Guinness had the highest amount of influencer use, but had the fourth highest engagement rate of the big beer brands. “The personality of the brand matters, and craft, independent brands tend to perform disproportionately well compared to mass market brands,” says Pierre-Loic Assayag, CEO and co-founder of Traackr. “Alcoholic beverage brands that connect through authentic conversations from trusted sources will stay relevant and continue to grow in the current downturn, while others will be further commoditized and will struggle with sales and margins.” The study was not limited to beer, it also provided insights into a number of other types of alcohol. (BD)

Most admired Canada brands announced – Research firm Leger has released its annual Corporate Reputation Study which assesses 300 companies and whether they are favoured by Canadian consumers. Topping this year’s list is Canadian Tire, which was ranked as the most admired brand in Canada, beating out second place Google, with Dollarama, Shoppers Drug Mart, Sony, Kellogg’s, Microsoft, Amazon, Samsung and Costco making up the rest of the top 10. Last year’s ranking was topped by Google. The study involved 30,000 Canadians responding to an online survey about their feelings on each brand. Well-known Canadian coffee brand Tim Hortons recovered somewhat from last year’s 50th place in the ranking, and this year ended up at 34th in the list. The bottom of the ranking includes Lowe’s, Starbucks, Keurig, Pfizer, Labatt and Hyundai. Talking to DailyHive, Leger vice president Dave Scholz commented: “We have seen companies drop in reputation and recover the next year or in following years. We have also seen companies struggle to recover and some never doing so. A commitment to building and maintaining a strong reputation is must for organisations today.” (TJL)

Monster issues statement as VPX spat escalates – Monster Energy Company has established a reputation as an aggressive enforcer of its trademark right, and this week it issued a statement in response to a lawsuit filed against it by Vital Pharmaceuticals (VPX Sports), the maker of Bang energy drinks. In September 2018 Monster filed a lawsuit against VPX alleging false advertising, “including false and unsupported claims that Bang contains ingredients that it does not have and provides benefits that it does not generate”. Last week VPX launched its own legal action against Monster Energy and the Reign Beverage Company – behind the new Reign Total Body Fuel drink. In that suit, VPX alleges infringement of its Bang drinks, contending: “Monster and Reign Beverage have launched a knockoff brand, called REIGN, to shamelessly copy and cause consumer confusion with VPX’s popular BANG brand of energy drinks.” With the move resulting in media coverage, Monster issued a media statement characterising the VPX lawsuit as “nothing more than a frivolous and bad faith attempt to slow the national release of ‘Reign Total Body Fuel’” and alleging that VPX’s “purported acquisition of an unrelated REIGN trademark two weeks ago is both improper and ineffective”. Monster adds that the lawsuit is also “an attempt to shift attention away” from its initial action last September. The energy drinks market is a fiercely competitive one – with a recent report predicting further high growth in the coming years. Market share is clearly worth fighting for and this spat will likely not be the only trademark battle in this sector in the coming months. (TL)

Mischief not managed, Harry Potter quote denied by the USPTO – Warner Bros. Entertainment’s attempt to trademark the phrase “I solemnly swear that I am up to no good” from the Harry Potter series has been rejected by the USPTO. The trademark office argued that by granting this application it would “falsely suggest a connection” with author JK Rowling. It also stated that the phrase was too common to be registered. (BD)

Swatch score victory in “Tick Different” suit - - The Swiss federal Administrative Court has sided with Swatch in its dispute with Apple, ruling that the latter’s “Think Different” was not sufficiently well-known in the country to merit trademark protection. The American brand had alleged that Swatch’s use of the mark “Tick Different” for its watch-based Visa payment technology would confuse Swiss consumers. But the court found that it had not produced enough evidence to show that at least 50% of Swiss consumers would associate the mark with Apple, it has been reported. (AH)

Sudan dissolves Trademark Appeal Committee – The Sudanese Trademark Office has confirmed the dissolution of its Appeal Committee, according to law firm Inventa International. Going forward, then, any refusal of a trademark application by the registry – or to make amendment, modification or limitation to a national or international mark – will be request to an appeal to the court. According to Inventa, the change means “the procedure becomes more burdensome due to the costs of litigation and the attorneys' fees”, so should be a development on the radar of any brand owner with rights in the African country. (TJL)

WIPO unveils AI-based image search for brands – A new artificial intelligence-powered image search technology, designed to “makes it faster and easier to establish the distinctiveness of a trademark in a target market”, has been unveiled by WIPO. Rather than focus only on colour and shapes – as previous search offerings did – the new tool uses deep machine learning to identify combinations of concepts – such as an apple, a tree, a crown, a car, a star – within an image to find similar marks that have previously been registered. WIPO states that, as fewer and more focused results will be returned, there will be labour-cost savings for trademark examiners, attorneys and paralegals, industry practitioners and researchers. WIPO director general Francis Gurry states: “Our state-of-the-art AI technology is a major improvement that will create greater certainty for the development of new image marks and greater ease for monitoring potentially misleading or conflicting new registrations. This kind of enhanced business intelligence is invaluable in a globalised economy in which the volume of economic agents seeking brand protection is expanding rapidly.” All users can access the AI search technology for free through WIPO’s Global Brand Database, where it has been fully integrated into the database search engine. (TL)

New gTLDs lag behind ‘.com’ – According to Domain Incite, the growth of new gTLDs continue to lag behind the popularity of the classic ‘com’ top-level domain. In 2018, ‘.com’ grew by 7.1 million names, while new gTLDs grew by half that – 3.2 million – over the same time period. In all, ‘.com’ now has 139 million registered names, with new gTLDs ending the year at 23.8 million registrations. Interestingly, the article notes that the ‘.net’ top-level domain shrunk by 500,000 names in 2018, with Kevin Murphy claiming that it is “likely due to the ongoing impact of the new gTLD program”. For trademark practitioners, new gTLDs have been a brand protection headache since their launch – but it appears that the general public are still veering to the ever-popular ‘.com’ when creating new websites. (TJL)

European firm unveils new director position – European IP firm Mewburn Ellis has promoted Sarah Kostiuk-Smith, Jacqueline Pang and Eliot Ward to the partnership and announced the creation of a new director position. The latter has been introduced to create “an attractive and highly-valued alternative to partnership”, the firm explaining: “Viewed as comparable to the junior partner role, the position of director was created to recognise the evolving needs and aspirations of Mewburn’s fee earners, who may want a different structure and approach to their working lives”. Following the announcement, Elizabeth Dale and Rhiannon Wescott have been promoted to the position of patent director, and Sofia Arenal will take up the role of trademark director. Arenal is a member of the firm’s trademark and dispute resolution teams and has extensive experience of oppositions, revocation and invalidity actions in the UK as well as EUTM oppositions, including complex families of cases. A partner in the firm for many years, she recently decided to step back from a management role and to spend more time focusing on client work. (TL)