German company Deutsche See GmbH, a manufacturer of fish products, sought to register the 3D trademark depicted below for fish in Class 29 of the Nice Classification and gastronomy services in Class 43: 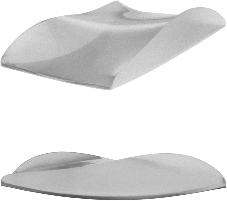 The Swiss Federal Institute of Intellectual Property, the Federal Administrative Court and, recently, the Federal Supreme Court refused to register the mark on the grounds that it lacked distinctiveness.

In its decision, the Supreme Court briefly summarised its practice regarding 3D trademarks and noted that consumers do not generally perceive the shape of a product as an indication of source, unless the shape at issue is very unusual and distinct from the ordinary shape of the goods in question.

The court concluded that, while the packaging at issue was aesthetically pleasing, it was not sufficiently different from other types of packaging commonly used for fish products.

The Supreme Court did not consider why the application was also refused for restaurant services.