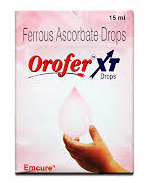 In addition to the issues usually arising in an infringement and passing-off action, the statutory defence of acquiescence under Section 33(1) of the Trademarks Act 1999 was discussed at length, as Corona raised this defence  based on its alleged use of the COROFER marks since 2001. Section 33(1) of the act states as follows:

Corona also pointed that a company called Advent Laboratories was the prior user and registrant of the mark OROFER, compared to Emcure’s use and registration of that mark.

In response to Emcure’s contentions, Corona alleged that Section 33(1) is also applicable to unregistered marks since, under any other interpretation, the existence of Section 28 would otherwise render Section 33 redundant.