In ZITRO IP Sàrl v Office for Harmonisation in the Internal Market (OHIM) (Case T-665/13, January 29 2015), the General Court has agreed with the Fourth Board of Appeal of OHIM that the figurative mark SPIN BINGO was not confusingly similar to the earlier Community word mark ZITRO SPIN BINGO.

Gamepoint BV filed an application for the registration of the following figurative Community trademark for goods and services in Classes 9, 41 and 42 of the Nice Classification, including “scientific, nautical, surveying, weighing, measuring, checking (supervision) apparatus and instruments; apparatus and instruments for regulation and management of electricity; scientific and technological services and research and design relating thereto; industrial analysis and research services”: 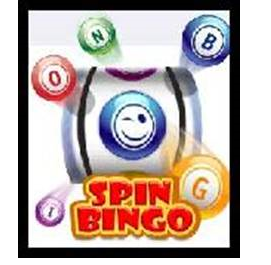 ZITRO IP Sàrl filed an opposition based on its earlier Community word mark ZITRO SPIN BINGO, which also covered goods and services in Classes 9 and 41. The opposition was based on Article 8(1)(b) of the Community Trademark Regulation (207/2009), alleging a likelihood of confusion between the respective marks.

The board held that there was a low degree of visual, oral and conceptual similarity between the signs, despite the identical word part 'spin bingo'. It considered this expression to be purely descriptive for the relevant goods and services. Further, the board noted that the word 'bingo' was a commonly known game and, in combination with the English word 'spin', which refers to the movement of rotation, the relevant public would perceive the expression 'spin bingo' as a specific version of the game of bingo. This conclusion was supported by the fact that the figurative element in the mark applied for had the appearance of a reel. Thus, the word 'zitro' was the dominant element of the earlier mark and, consequently, there was no confusing similarity between the contested mark and the earlier mark.

ZITRO IP then filed an action before the General Court under Article 65 of the regulation, alleging that the Board of Appeal had infringed Articles 42(2) and 8(1)(b).

The General Court fully upheld the reasoning of the Board of Appeal and dismissed the action of ZITRO IP Sàrl. This decision is not yet final.