At EU level, the Trademark Act has integrated the Trademarks Directive (2008/95/EC), the Community Trademark Regulation (207/2009) and the IP Enforcement Directive.

Article 3 of the Trademark Act identifies the following categories of persons who can legitimately obtain a Spanish trademark or trade name:

The Trademark Act also sets out, in Article 2(2), that if a person applies to register a trademark in breach of either third-party rights or a legal or contractual obligation, the aggrieved party may enforce its ownership of the trademark before the Commercial Court, provided that the claim is brought within a period of five years from publication of the notice of registration or the time at which the trademark is first used in Spain.

Protected: Article 4 of the Trademark Act establishes the requirements for trademark registration. It provides that a trademark may be any sign that is capable both of being represented graphically and of distinguishing in the market the goods or services of one undertaking from those of others.

Article 4(2) completes the definition with an inclusive list of signs that may constitute trademarks:

Not protected: Articles 5 to 10 of the Trademark Act set out the grounds for refusal of registration. A trademark cannot be registered in Spain if it contravenes these provisions.

The same provisions apply as grounds for invalidation of a trademark registration (Articles 51 and 52). Thus, while a trademark may be entered in the Trademark Register in contravention of these prohibitions, it may still lack validity and may thus be declared invalid by a final court decision on the basis of absolute or relative grounds for refusal set out in Articles 5 to 10 of the Trademark Act.

Article 5 contains a list of 11 absolute grounds for refusal, which mainly correspond to those set out in Article 3 of the Trademarks Directive. The following signs may not be registered as a trademark:

Article 6 sets out relative grounds for refusal or invalidation in case of conflicts with identical or similar earlier rights, in the same terms as Article 4(1) of the Trademarks Directive. Hence, according to Article 6(1) of the Trademark Act, the following signs may not be registered as a trademark:

Article 7 further prohibits the registration of the following:

Article 8, informed by Article 4(4)(a) of the Tradmarks Directive, sets out relative grounds for refusal or invalidation in case of a conflict with identical or similar earlier registered trademarks and trade names that are famous or well known in Spain.

Hence, Article 8(2) defines a ‘well-known trademark’ as a sign that is generally known by the relevant sector of the public for the goods, services or activities covered. Article 8(3) provides that a famous trademark is one that is well known by the general public.

The Trademark Act thus establishes that the greater the degree of public knowledge and the more well known the mark, the greater the protection it enjoys. In this way, the protection afforded to such marks is extended beyond the principle of speciality: a trademark application will be refused even if the goods or services for which registration is sought are dissimilar to those for which an identical or similar well-known or famous mark is registered. This reinforced protection applies if the use of the later mark might suggest a connection between the goods or services covered and the owner of the well-known or famous mark, or in general where such use, without due cause, would take unfair advantage of, or be detrimental to, the distinctive or well-known character or reputation of the earlier mark.

Article 10 of the act sets out relative grounds for refusal or invalidation in case of unauthorised registration by an agent or representative; these are established in the same terms as Article 6septies of the Paris Convention.

Unless it can justify its actions, the agent or representative of a rights holder located in a Paris Convention or WTO member state may not register that trademark in Spain in its own name without the owner’s consent.

Following publication, the SPTO will conduct an ex officio substantial examination of the application to determine whether:

If no oppositions are filed and the ex officio examination raises no objections, the trademark will be registered. If objections are raised in the substantial examination, the proceedings will be halted and the applicant will be notified accordingly. The applicant has one month from such notification to submit arguments in support of its application, or to withdraw, limit, amend or split the application. Regardless of whether the applicant responds, the SPTO will decide whether to grant or refuse registration, specifying the grounds for its decision.

The applicant can contest the SPTO’s decision through an administrative appeal procedure within one month of its publication. In such case the SPTO will review its decision to determine whether the administrative acts granting or refusing registration were performed in accordance with the law.

Publication of the trademark application triggers a two-month period during which any party that believes its rights may be damaged can file an opposition to the registration based on absolute and/or relative grounds for refusal.

A trademark may be removed from the register by the SPTO or by the courts. A trademark may be cancelled by the SPTO if it is not duly renewed (renewals must be made every 10 years) or if it is surrendered by the owner (the owner may surrender the trademark for all or some of the goods or services for which it is registered; surrender will not be permitted where this may affect the rights of third parties – for example, where the rights are subject to licences, attachments or call options).

Contentious-administrative courts and commercial courts (the specialised IP courts in the civil jurisdiction) may reject or declare a trademark invalid.

The courts can also invalidate a registration on absolute and relative grounds where the registration has been obtained unlawfully. The absolute grounds, set out in Article 51, are as follows:

An invalidation action based on absolute grounds will not be time barred.

It is possible to request an official search either for identical signs or for similar signs.

Under Article 40 of the Trademark Act, registered trademark rights may be enforced through the commercial and criminal courts.

Article 43 establishes the legal criteria to calculate the compensation for damages, which includes not only the losses suffered but also the gains that the trademark registration holder has failed to obtain as a result of the infringement of its right. The level of such compensation is fixed, at the injured party’s discretion, according to one of the following criteria:

The compensation for damages shall also include the expenses incurred by the rights holder during the investigations carried out to obtain reasonable evidence of the infringement.

In addition, the rights holder can request a compensation for the damages caused to the prestige of the trademark – in particular, due to a faulty fabrication or an inadequate presentation of the illicit goods.

The timeframe for civil actions for the protection of registered and unregistered trademarks is around a year at first instance and around two years for an appeal judgment.

In accordance with Article 11 of the Trademark Law Treaty, the Trademark Act does not require legalisation. Instead, the presentation of legalised documents is left at the applicant’s discretion.

Article 4(1) of the Trademark Act provides that any sign may be registered and protected as a trademark if it is capable of being represented graphically and of distinguishing in the market the goods or services of one undertaking from those of others.

Therefore, an object of copyright, a design protection or rights related to the name or image of a person may also be protected as a trademark, provided that it fulfils the requirements of Article 4(1). However, the absolute grounds for refusal as set out in Article 5(1)(e) must be taken into account. It is thus not possible to register as a trademark utility models (technical effect of the shape) or, in some cases, industrial designs (substantial value of the shape).

Article 34(3)(e) recognises that a registered rights holder has the exclusive rights to use its trademark on interconnected communication networks and as a domain name.

Therefore, the owner of a registered or unregistered well-known trademark may prevent third parties from using its mark in this way without authorisation. 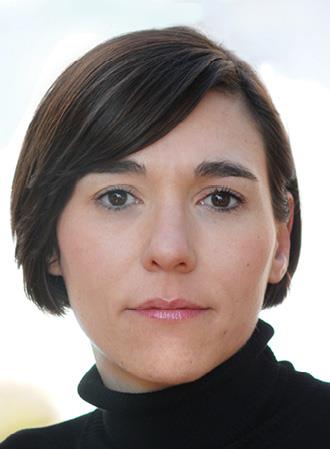 Sonia Santos has been a partner in Grau & Angulo since 2008. She graduated in economic law from Deusto University in Bilbao and has been a member of the Barcelona Bar Association since 2002. She obtained an LLM in intellectual property from Queen Mary, University of London. Ms Santos specialises in trademark and design law, copyright and unfair competition. She deals with the firm’s US and UK client base and is renowned for her cross-border work, her practice including both litigation and advice. She speaks Spanish and English. 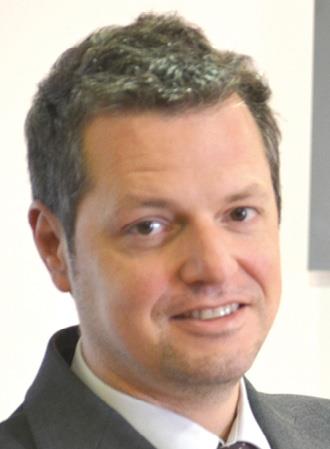 Jesús Arribas graduated in law from the Autonomous University of Madrid and has been a member of the Madrid Bar Association since 2002. He obtained an LLM in intellectual property from the University of Alicante in 2001 and subsequently trained at the European Patent Office in Munich. Mr Arribas joined Grau & Angulo in 2003 and specialises in patent and trademark litigation. He has recently been involved in setting up a global enforcement programme to protect patents relating to MPEG audio compression technology and DVB-T technology. He has also been involved in the enforcement of essential patents related to DVD players. He speaks Spanish and English.