The Appeal Division of the Lithuanian State Patent Bureau has found that there was no likelihood of confusion between the figurative marks ZENO and ZERO.

On May 28 2012 zero Holding GmbH & Co KG (Germany) filed opposition No PNZ-109 with the Appeal Division, requesting a declaration that the figurative mark ZENO (national trademark registration No 65004), owned by APB Apranga (Lithuania), was invalid in the Republic of Lithuania. 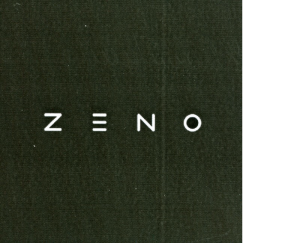 The opposed trademark is registered for “clothing, footwear, headgear” in Class 25 and “advertising; business management; business administration; office functions; the bringing together, for the benefit of others, of a variety of goods (excluding the transport thereof), enabling customers to conveniently view and purchase those goods” in Class 35 of the Nice Classification.

The opponent based the opposition on the earlier Community trademark (CTM) ZERO (CTM 000007484), registered for “outer clothing, including knitted and woven clothing; footwear, headgear, belts (except belts made of common and precious metals and imitations thereof), gloves, scarves, headscarves and neckerchiefs” in Class 25 and ZERO (CTM 005346259) registered for “retail services, including for mail order, by means of teleshopping channels and via the Internet, in relation to clothing, headgear and footwear, leatherware (including clothing), cosmetics, perfumery, eyewear, wrist watches and pocket watches, jewellery; presentation of goods in shops, trade fairs and on communications media, for retail purposes; professional business consultancy and marketing for others; franchising, namely providing of organisational know-how” in Class 35, among other goods and services.

The opposition was based on Article 7(1)(2) of the Lithuanian Trademark Law, which provides that a trademark registration should be declared invalid if it is identical, or misleadingly similar, to an earlier mark registered or applied for with regard to identical or similar goods and/or services.

The Appeal Division rejected the opposition based on the following arguments:


Based on the foregoing, the Appeal Division found that there was no legitimate basis for the application of Article 7(1)(2) of the Trademark Law. Consequently, it decided that the opposition should be rejected and that the ZENO mark should remain valid.