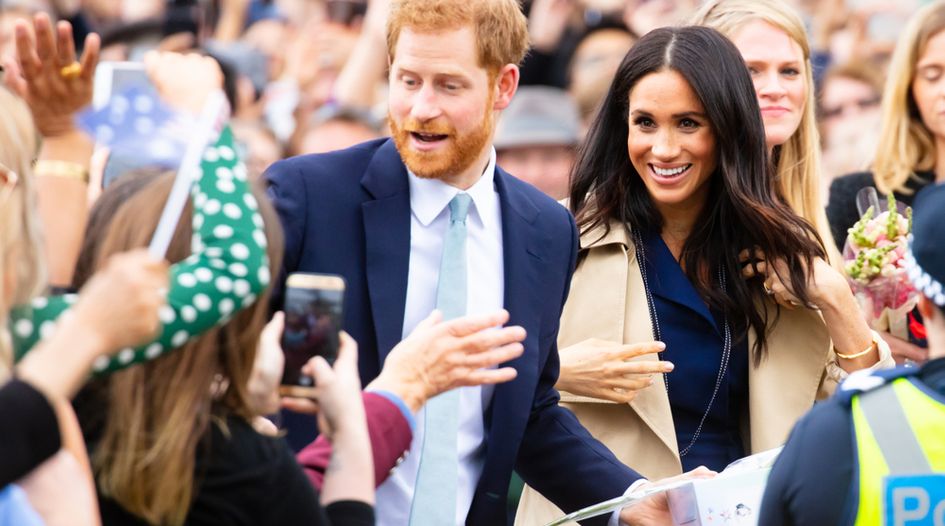 A week after WTR uncovered a massive fraud and money laundering case in Pakistan involving the targeting of USPTO users, experts called for urgent action to identify those potentially affected. Read more

EUIPO data revealed that China has become the number one filing country for EU trademarks (up a staggering 89% year on year), with Huawei named the top filer. But the rise in Chinese applications is part of a long-term trend. Read more

Newly published WIPO data revealed that the number of international trademark applications made through the Madrid System decreased slightly in 2020. With Novartis and Huawei topping the list of applicants, WIPO director general Daren Tang outlined a number of future focuses. Read more

We broke the news that an entity representing Prince Harry and Meghan Markle is pursuing legal action against a small business owner in the Philippines in relation to the couple’s Archewell brand. Read more

The Filipino business owner embroiled in a trademark battle with the Duke and Duchess of Sussex gave an exclusive interview with WTR, describing the dispute as a “duel to the death”. Read more

Unified Patents has launched new subsidiary Unified Brands, which aims to combat counterfeiters on behalf of SMEs on a ‘no cost’ basis. We caught up with the company’s chief operating officer to learn more. Read more

In an exclusive guest post, representatives from the Canadian Intellectual Property Office discussed the agency’s innovative non-core tools and services for trademark users – and those planned for the future. Read more

In our inaugural WTR long read, we identified the top 25 industry influencers that we believe are set to shape the trademark landscape over the next couple of years. Read more

Our latest update tracking the impact of covid-19 on major ecosystems showed that top markets are faring better than expected, with major registers off to a solid start this year according to early trademark data. Read more

Following Philip Morris Korea’s success in a long-running tax dispute, trademark experts explained the importance of distinguishing the kinds of intellectual property that royalty payments are for when importing raw materials into South Korea. Read more

Saturday’s opinion column argued that although filings from China will not slow any time soon, they may shift in focus, meaning that IP offices must plan for a future that looks even more different. Read more