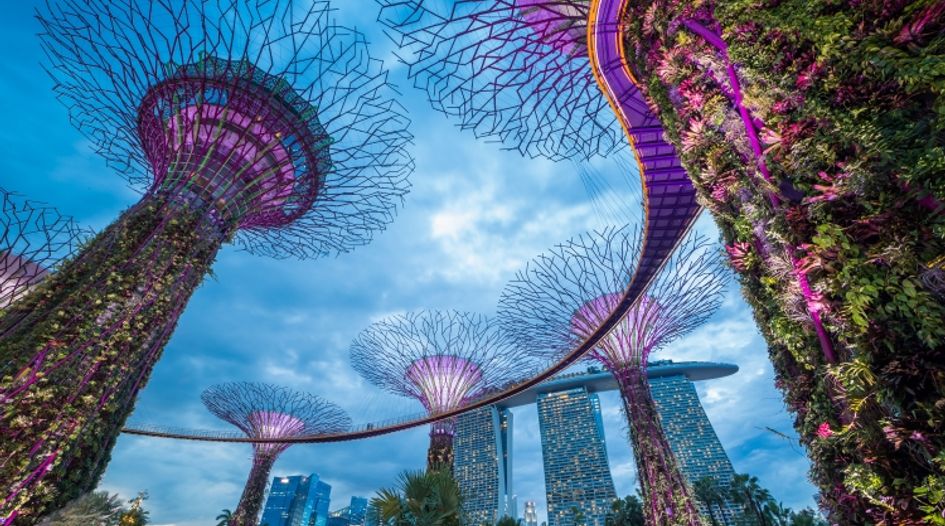 Every Tuesday and Friday, WTR presents a round-up of news, developments and insights from across the trademark sphere. In our latest edition, we look at claims that an Amazon reviewer was banned after calling out a fake product, the US government weighing in on ICANN's ‘cooling off’ debate, seized counterfeits double in Greece, how applicants are embracing e-filing in China, and much more. Coverage this time from Trevor Little (TL), Adam Houldsworth (AH), Bridget Diakun (BD) and Tim Lince (TJL).

UK government warns of fake poppies ahead of Remembrance Day – The UKIPO has warned consumers about the possibility of being sold fake poppy products. This comes in the run up to the annual Remembrance Day on November 11, wherein red poppy merchandise is ordinarily sold by or on behalf of the Royal British Legion, which owns relevant copyright and trademark rights. However, counterfeiters have in recent years sought to profit from the commemoration; in 2017, £150,000 worth of fakes poppy keyrings, scarves and badges were intercepted by UK border forces as they were being imported from China. Making its warning, the UKIPO said that donations intended to benefit the Armed Forces and veterans could benefit fraudsters instead. It advises consumers to buy from official vendors, to avoid cheaper products, and to donate through The Royal British Legion if in any doubt. The Royal British Legion’s poppy-related rights have been in the news more than once in recent weeks. On Friday, WTR reported on the release of a new documentary about the 1990s dispute between the charity and the makers of anti-war video game Cannon Fodder, who planned to use red poppies on the game’s cover. At the time, the game generated significant controversy, with the British press dubbing the game disrespectful and offensive. (AH)

Samsung hits a snag with Galaxy Watch trademark – As Samsung looks to align its products under the ‘Galaxy’ name, the Seoul District Court has received an application from South Korean watchmaker Orient to suspend sales of the Samsung Galaxy on accusations of trademark infringement. Both trademarks ‘Galaxy Watch’ and ‘Samsung Galaxy Watch’ have been opposed, and it seems Orient is filing defensively through the Korean Intellectual Property Office to prevent future issues with the famous telecom provider. While Samsung ‘has not yet received any information regarding the lawsuit’, this matter is likely to unfold shortly. (BD)

Amazon review mention counterfeits leads to user ban – A column on the technology website How To Geek claims that an Amazon user got banned after calling out a counterfeit item in a review. According to the column, author Chris Hoffman “got scammed by a counterfeiter on Amazon”, expanding: “I left a review on the product warning others about my experience. Eventually, Amazon deleted my review and banned me from leaving reviews for ‘violating Community Guidelines’.” He further explains that his account eventually got reinstated, but he questioned whether other users had been banned for similar callouts – and if counterfeiters are filing false reports to remove such reviews. If so, Amazon will hopefully look for a solution as such reviews can be a deterrent against the trade of fakes. (TJL)

US government agency weighs in on ICANN ‘cooling off’ debate – While WHOIS access was arguably the hottest talking point in Barcelona at last week’s ICANN meeting, the use of new gTLD auction proceeds and the fallout from the news that Akram Atallah, previous head of ICANN’s Global Domains Division, had joined new gTLD operator Donuts its new CEO. At the public forum in Spain, calls were made for a cooling off period to prevent ICANN executives from walking straight into high profile roles in the industry, where they could leverage insider knowledge. Now David Redl, head of the National Telecommunications and Information Administration (NTIA), has weighed in, raising a “concern about an accountability deficit at ICANN” and stating: “Recent ICANN senior staff departures have highlighted that ICANN lacks post-employment restrictions. Given that ICANN, through the enforcement of its contracts with domain name registries and registrars, performs an industry self-regulatory function, it is necessary that conflicts of interest or appearance of unethical behavior be minimized… One potential fix could be "cooling off periods" for ICANN employees that accept employment with companies involved in ICANN activities and programs. This is an ethical way to ensure that conflicts of interest or appearances of unethical behavior are minimized.” Expect this to remain a taking point until ICANN responds. (TL)

Word-of-mouth marketing pairs with blockchain to boost brands online – According to an article by Forbes, brands are referred to others nearly 2.1 billion times each day, whether it be through friends, social media, blogs, emails or instant messaging. As such, brands must implement strategies which effectively tap into the digital domain and one company views blockchain as the answer. WOM is working towards creating a ‘blockchain-based protocol that gives brands, content creators, publishers, and social networks a way to monetise word-of-mouth recommendations on any app or platform’. The CEO of WOM, Melanie Mohr, believes that marketing has been wasting money on advertisements which the younger generation do not connect with, additionally stating that “consumers are increasingly distrustful of sponsored social media and almost half consider influencers inauthentic - that rises to 75% if the post comes from a celebrity”. She argues: “The WOM Protocol has the potential to meet everyone’s needs. It rewards consumers for the value they bring to brands. It gives brands a way to tap into organic word-of-mouth in a measurable and scalable way. And it provides platforms with a monetisation model that isn’t based on invasive advertising.” It is crucial for brands to continuously revise marketing strategies to keep on top of an increasingly important and very different consumer market. Whether blockchain holds the key to success remains to be seen. (BD)

Confiscated counterfeit and smuggled goods double in Greece – The financial crime squad announced on Wednesday that the number of counterfeit and smuggled products it has seized so far this year is almost twice as large as in the equivalent period last year. It is estimated that smuggling and counterfeit trading result in 3.5 billion euros of revenue being lost to the country’s already-strained government. The recently released figures show that 2,000,319 items were confiscated in the first three quarters of 2018, up from 1,056,377 in the corresponding period last year, with clothing accounting for much of the haul (652,238 items). (AH)

Singapore eyes IP litigation fast-track – Singapore’s Law Ministry is proposing that civil disputes be consolidated in the High Court, with a fast-track regime for IP litigation also envisioned. Currently, IP disputes are heard in the High Court, state courts or Intellectual Property Office of Singapore, depending on the nature of the right, the type of proceeding or the value of the claim. The proposals argue that “placing most of the IP cases in the High Court simplifies and makes clearer to users what the appropriate forum is”. Over all, the proposals are designed “to position Singapore as a choice venue for IP dispute resolution in Asia” and a comment period is open until the end of November. Details are available here. (TL)

Applicants embrace China e-filing service – In a bulletin to users, WIPO has provided an update on the launch of a new e-filing service by the China National Intellectual Property Administration (CNIPA). Looking back at the first month of operation for the system, which allows online filings for international applications (Madrid), WIPO reveals that the service has already received 358 electronic applications – about 52% of all international applications filed in the country during that period. (TL)

Chile IP Office discusses digital initiatives – In a post on its website, Chile’s National Institute of Intellectual Property (INAPI) has presented the effective ways they have used digital tools and platforms in recent years. This was during a presentation with two other parties in Chile, the Superintendency of Social Security (SUSESO) and the Superintendency of Banks and Financial Institutions (SBIF), which both also looked at the ways they have implemented digital iniatives. During its presentation, INAPI stated that 100% of its procedures can be performed online, with 90% of applications submitted in that way. The office’s new national director, Carolina Belmar, further explained: “Today we have advanced electronic signature, which has allowed us to be a paperless office, and incorporate tools developed with artificial intelligence, to control similarities of images associated with brands. These changes in culture allowed us to be efficient with resources and that 35% of INAPI officials could telework.” (TJL)