Print article
Estonia
Legal updates: case law analysis and intelligence
The Board of Appeal has issued its decision in an opposition filed by Swiss company Société des Produits Nestlé in 2006 against Russian closed joint-stock company DHV-S (Case 1000-o, August 10 2011).
Nestlé is the owner of the well-known device mark MAGGI and of the device itself, which are used to designate several culinary products: 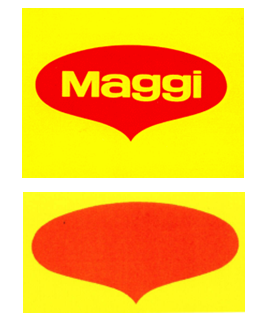 DHV-S was using, and applied for the registration of, the ROLLTON device mark, which includes the same colours as the MAGGI device, for culinary products:

Nestlé opposed, claiming that the colour combination of yellow and red, with yellow being the dominant colour, as well as the bubble-like device, could create a likelihood of confusion. Nestlé did not claim dilution. As a defence, DHV-S relied mainly on the fact that the verbal elements were different.
The Board of Appeal found that the similar colour combination did not outweigh the differences between the word elements and, therefore, that there was no likelihood of confusion between the marks. The Board of Appeal reasoned as follows:
The board concluded that the differences between the verbal elements outweighed the similar colour combination and, therefore, there was no likelihood of confusion between the marks.
Surprisingly, Nestlé did not claim that the MAGGI device mark was well known in Estonia; nor did it raise a claim of dilution, which would have been more appropriate in this case.
Almar Sehver, AAA Legal Services, Tallinn