In Ferrero SpA v Siddiq (IA 579/2014 in CS(OS) 2627/2013), the High Court of Delhi has refused to stay infringement proceedings pending implementation of a rehabilitation scheme for the defendants by the Board for Industrial and Financial Reconstruction (BIFR) under the Sick Industrial Companies (Special Provisions) Act 1985 (SICA).

In 2013 Ferrero sued the defendants for selling mouth fresheners under the mark TIT BITS, alleging infringement of its trademark and trade dress rights in the Tic Tac product. The defendants applied for a stay of proceedings under the provisions of SICA, as they were undergoing a scheme of rehabilitation with BIFR after their net worth became negative. 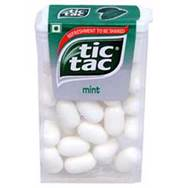 The defendants contended as follows:

Ferrero opposed the application for a stay of proceedings, contending as follows:

After hearing the parties, the court rejected the defendants' application for a stay of proceedings on the following basis:

It remains to be seen whether the injunction against the defendants affects their reputation in the market, which would have an indirect effect on the rehabilitation scheme. Companies which are under liquidation or administration, or under the control of a court commissioner, can face several additional difficulties, especially if their intellectual property is infringed. Their problems may escalate further if potential buyers back out due to these IP violations. Dealing with liquidators, administrators or court commissioners on IP issues is a difficult task.