The fundamental legislation governing trademarks is the Trademark Act, which came into force on December 24 2009 and was amended on January 30 2013. Detailed procedures for filing trademark applications are set out in Decree 43/10, which was issued on July 3 2010.

The fundamental legislation governing trademarks is the Trademark Act, which came into force on December 24 2009 and was amended on January 30 2013. Detailed procedures for filing trademark applications are set out in Decree 43/10, which was issued on July 3 2010. Trademark infringement as a form of unfair competition is regulated by the Trade Act, which came into force on January 1 2011, amended January 30 2013. The Customs Act 2010, amended November 30 2012, and the Act on Special Powers for the Efficient Protection of Intellectual Property 2006, amended in 2009, regulate the treatment of pirated and counterfeit goods.

Serbia is a member of:

The Trademark Act bars registration of a mark that is identical or similar to a mark “known in Serbia within the meaning of Article 6bis of the Paris Convention”.

The Trade Act prescribes protection for packaging, trade dress and other unregistered marks with its provisions on unfair competition.

The law requires the use to be serious. In establishing seriousness, the Intellectual Property Office (IPO) and courts will generally consider:

It is also necessary that the goods or services be continuously available and easily accessible to a large number of average consumers in order to qualify. The IPO stated that normal use is not sufficient: to establish an unregistered right, the sales must exceed customary or usual levels, while the advertising must be more aggressive than the relevant industry standard. As for the period of use, it is generally held that five years is the required minimum, analogous to the legally prescribed five-year period of non-use that makes a trademark vulnerable to cancellation.

Protection extends to marks that can be graphically represented, including words, slogans, numbers, depictions, drawings, colour schemes, three-dimensional (3D) marks, a combination of those marks, as well as musical phrases represented by musical notation.

A mark that contains the image or name of a natural person may be protected only with that person’s permission or, if that person is deceased, with the permission of his or her parents, spouse and children. If the person is of historical or other importance, permission must be obtained from the competent authority and from the spouse and relatives up to the third degree of kinship.

A trademark may be protected as an individual mark, a collective mark or a certification mark.

Divisional applications and disclaimers are allowed.

Seals, stamps and official marks for the marking of precious metals are specifically excluded from the scope of protection.

In addition, a mark cannot be protected if:

Marks that fail to meet requirements relating to distinctiveness and descriptiveness may be registered if the applicant proves that the mark has, through serious use, become capable of distinguishing goods (ie, services in the market).

No essential modifications of the appearance of the mark or broadening of the specification are allowed after filing.

First, the IPO examines the trademark application for formal irregularities. These may be remedied within an extendable deadline of 30 days. Failure to do this will lead to the application’s rejection, which may be appealed.

Second, the IPO examines whether the mark meets the legal requirements for protection (absolute and relative grounds). Irregularities may be remedied within an extendable deadline of 30 days. Failure to do this will lead to the application’s rejection, which may be appealed.

The examination procedure may result in the application’s full or partial acceptance, or rejection. The applicant may challenge the latter by filing an appeal before the Administrative Commission within 15 days. The commission may accept the appeal and return the application to the IPO for further examination or reject the appeal. The applicant can contest the commission’s decision before the Administrative Court within 30 days. The court’s decision is final.

No opposition procedure is prescribed by law. However, the Trademark Act allows written opinions to be filed by any interested party, informing the IPO of the reasons why an application does not satisfy the grounds for protection, which the IPO will take into consideration during examination.

Once the examination has concluded and the application has been accepted, the applicant is invited to pay the publication fee, the fee for the first 10 years of protection and the issue fee. Upon receipt of proof of payment, the IPO will enter the mark in the Trademark Register and issue the trademark certificate. Once registered, a trademark is valid for 10 years from the application’s filing date and may be renewed for successive 10-year periods upon payment of the relevant renewal fees.

Cancellation/surrender: A trademark will expire once the period for which maintenance tax has been paid has elapsed. The rights holder may file a surrender claim at any time; the trademark’s validity will cease on the day after the surrender claim is filed.

Revocation: A trademark that has not been used without good cause for a period of five consecutive years (from the date of registration or the date of last use) becomes revocable at the request of an interested party. The burden of proof of use rests with the rights holder.

The advertising of goods or services that are not available in the market does not constitute use. Neither does the payment of maintenance tax or the execution of assignment, licence or similar agreements. Good cause for non-use must be independent of, and contrary to, the owner’s will (eg, prohibition against import).

Invalidation: If a mark did not fulfil all legal requirements at the time of registration, it may be invalidated – in whole or in part. Invalidation proceedings may be initiated for as long as a mark is valid by the public prosecutor or an interested party.

Termination: At the request of an interested party, the IPO may issue a decision to terminate a trademark registration where the mark:

The right to use a collective trademark or a warranty trademark may also be terminated if the collective mark or warranty mark is used contrary to the guidelines of use submitted with the application.

The approximate timeframes for actions at the registry are as follows:

Searches conducted at the IPO will encompass all marks registered and in force since the establishment of the IPO, as well as all trademark applications filed before the date of the search. Search results include trademarks that have recently lapsed, but that could be relevant.

Search results encompass identical and similar earlier marks, with the basic fee covering a search in up to three classes.

Searches for slogans, devices, non-traditional graphic marks and trade names are available, as well as searches by company name.

Registered rights may be enforced by several actions:

Unregistered rights may not be enforced by customs or market inspectorate actions.

Customs action: A customs action empowers Customs to detain goods that infringe IP rights or that belong to unauthorised importers, exporters or holders. The proceedings may be initiated either ex officio by Customs itself or by the rights holder. The rights holder must initiate judicial proceedings to establish infringement within 10 working days (extendable to 20) of notification of the customs action only if the unauthorised importer, exporter or holder files an objection with the Customs Office regarding the seizure. If no objection is filed, the rights holder can request the destruction of the seized goods. A new Customs decree, which is in line with the relevant EU customs requirements in the this field, is due to come into force on September 1 2015.

If another person has applied for or registered an identical mark for identical or similar goods or services, the owner of the original well-known mark may petition the court to order the transfer of such application or registration to it. The petition must be filed within five years of registration of the infringing mark. However, it will not succeed if the alleged infringer can prove use of its mark that pre-dates the petitioner’s.

Depending on their complexity and other factors, judicial procedures may take between six months and two years to complete at first instance. All judgments brought at first instance are subject to appeal; appellate proceedings usually take about one year to complete. Customs and inspectorate actions have immediate effect, pending judicial proceedings.

If the infringement was intentional, the plaintiff may request compensation amounting to up to three times the licence fee that it would have charged for use of the mark, instead of compensation for pecuniary damage.

The IPO practice is in keeping with Article 11 of the Trademark Law Treaty. A change of name or address will be effected on the basis of a request filed by the owner, the only requirement being a fresh power of attorney showing the new particulars.

In the event of a transfer of rights arising from an assignment or merger, the original contract, signed by both parties, or a copy certified by apostille or legalised (if the country is not a signatory of the Apostille Convention), must be submitted.

Bilingual short-form confirmatory deeds for recordal of assignment or merger, signed by both parties, are accepted. They need not be notarised or certified by apostille/legalised, provided that the originally signed document is submitted.

A registered trademark and/or trademark application may be the subject of a licence agreement. The contract must be made in writing and can be entered into the appropriate register at the request of the contracting parties. The contract shall not have legal effect with regard to third parties unless it is entered in the appropriate register. In order to register a licence, it is necessary to submit the original contract, signed by both parties, or a copy certified by apostille or legalised (if the country is not a signatory of the Apostille Convention), to the IPO.

Bilingual short-form confirmatory deeds for recordal of licence, signed by both parties, are accepted. They need not be notarised or certified by apostille/legalised, provided that the originally signed document is submitted.

If the documents were executed in a foreign language, a certified translation must be submitted to the IPO. There is no time limit for filing a request for recordal of ownership change/licence.

Use by a licensee is considered as use by the owner for the purposes of meeting the use requirement.

A mark will enjoy copyright protection only if it represents an original creation of its author within the meaning of the Copyright Act (ie, if it satisfies the requirement of artistic merit). This applies not only to devices and logos, but also to word marks, especially slogans and jingles. A mark that represents an original creation enjoys copyright protection by law, from the moment of its creation.

The Trademark Act does not regulate the online use of registered or unregistered marks. Under the rules on domain names in the top-level country-code ‘.rs’, if a third party has registered an ‘.rs’ domain name that is identical or substantially similar to a trademark, there may be cause to terminate this registration or transfer the domain name to the trademark owner. 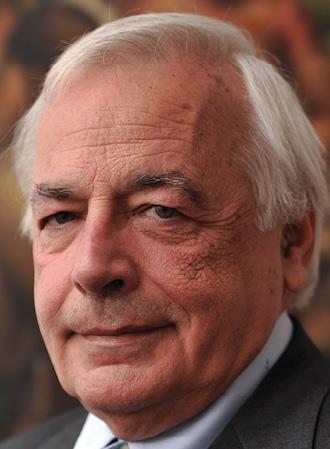 Ivan D Jankovic obtained his LLB (1968) and LLM (1970) from the University of Belgrade and his PhD in sociology from the University of California, Santa Barbara (1977), qualifying as a patent and trademark agent in 1986. He is a member of the Belgrade Bar Association, the International Trademark Association (INTA) and the International Association for the Protection of Intellectual Property (AIPPI). Mr Jankovic’s practice areas include IP and commercial law, as well as criminal law. He speaks Serbian and English. Mr Jankovic retired in March 2012.

Dejan P Bogdanovic obtained his LLB from the University of Belgrade in 1991 and qualified as a patent and trademark agent in 1992. He is a member of the Belgrade Bar Association, INTA and the AIPPI, serving as AIPPI vice president for Serbia. Mr Bogdanovic’s practice areas include company formation, real estate law and trademark infringement. He speaks Serbian and English.