With few marks recognised as well known in Russia, evidence of use in the country, consistent branding and market research can be key to gaining such status, but it often requires perseverance.

All designations may be recognised as well known in Russia, regardless of whether they are registered or otherwise protected there.

For a mark to obtain well-known status, a special application must be made to the Russia Patent and Trademark Office (Rospatent) for subsequent examination by its board of experts. On receipt of the application, Rospatent schedules hearings at which the matter is to be considered on the merits, and the applicant is invited to participate.

Once the mark is recognised as well known, Rospatent issues a registration certificate containing information about the mark itself, the goods for which it enjoys well-known status, the date at which it became well known in Russia and other relevant information. It will also appear on a register of well-known marks.

A trademark must meet certain requirements to become well known. First, it must be distinctive. Distinctiveness may be inherent or acquired. Second, the owner must demonstrate intensive and continued use of the mark as a result of which it became famous in Russia among the relevant range of consumers in relation to the goods and services that it denotes. The trademark owner may demonstrate use of the mark on a worldwide scale. However, special attention will be paid to the evidence of use in the Russian market. The use must be intensive, creating a close link in the consumer’s mind between the mark itself and the particular products or services.

When filing an application, it is imperative to indicate the date on which the mark, according to the owner, became famous in Russia. This date is also called “priority of a well-known mark” and may pre-date the filing date of an application for recognition of a trademark as well known or even the registration date. This makes it possible to recognise a trademark as well known retrospectively.

It is crucial that this date should pre-date the priority date of any similar marks covering similar goods owned by third parties and recorded on the register. Otherwise, the application for recognition of the mark as well known will be refused.

The application for recognition of a trademark as well known must be accompanied by evidence of the mark’s fame, which must be confirmed as of both the priority date and the date on which the application for recognition was filed. The Civil Code does not specify what kind of evidence would be appropriate in such cases. However, administrative provisions set out the recommended list of documents and information that could be filed in support of the application.

In particular, it is advisable to submit information about the scale and length of use of the mark both worldwide and especially in Russia to be confirmed by annual financial reports, declarations, information about the value of the mark, the approximate number of consumers, awards and exhibition activities involving the mark, the amount of expenditure involved in the promotion of the mark in the Russian market and other information attesting to the widespread awareness associated with the mark. This could include contracts, shipping documents, advertising and promotional materials.

The most valuable evidence would be an opinion poll demonstrating that a significant proportion of Russian consumers are familiar with the mark and its owner.

There is no comprehensive list of documents and evidence to be filed in support of the application, and what further evidence could be relevant will depend on the particular case.

One of the main reasons for which well-known status may be refused is lack of intensive use. If the mark is intended for consumer goods and services, large-scale and widespread use is required. Other grounds include weakness of the mark and use in a different manner. To better understand the current trends concerning this issue it is worth considering recent cases in Russia.

The first case relates to a trademark representing the design of a service station (see Figure 1). 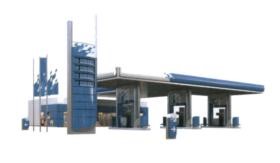 The mark covered motor fuel in Class 4 and service station services in Class 37. It was considered quite weak in terms of individualisation as its dominant elements (eg, the shape of the station and the colour) were deemed non-distinctive. Moreover, it was established that, when used, the only distinctive element of the mark – namely, the logo element – was placed in different positions on the applicant’s stations and these were quite different in terms of the design and composition solutions from the design in the application, making it possible to claim that the mark was being used in a different manner.

Based on these findings, Rospatent dismissed the applicant’s claims and refused to grant well-known status to the mark.

Another interesting case relates to the brand AGUSHA (Агуша in Cyrillic). This is a popular brand of baby food in Russia, where it has existed for a long time and can easily be found on the shelves of many food stores. The brand owner was originally unsuccessful in its attempt to obtain well-known status for its mark. The application was filed in respect of food for babies in general, for which the mark was actually used in a different colour spectrum (see Figure 2).

The board of examiners considered the specification to be quite vague, as it might include various products (eg, porridge, juice and milk). At the same time, the applicant failed to link the evidence of intensive use to particular products within this broad category. Further, according to the board, the target audience for the applied goods was women aged between 20 and 40. However, the poll results did not specifically mention this relevant public and therefore could not be taken into account. The mark’s use in a different colour worsened the situation, and the application was rejected.

Recently, the brand owner made another attempt to obtain well-known status. This time an application was filed for the combined mark (stylised in blue) featuring specific types of food for babies such as milk and dairy mixtures (supplementary food), porridges in liquid and solid form, meat and fruit purees, fruit juices, compotes, drinking water and others (see Figure 3). 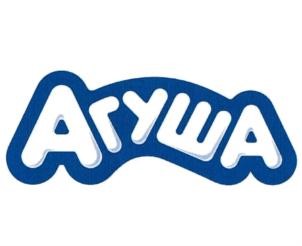 The brand owner had been seeking recognition as a well-known brand since 2016. In support of its claims, evidence of intensive use of the mark in Russia before 2016 was submitted. The evidence included, among other things, shipping documents confirming the supply of the branded goods in various Russian regions for resale by large Russian retailers. Some contracts were entered into between the applicant and the Russian government to supply state-owned infant feeding centres.

The claimant also submitted information demonstrating a significant increase in sales of the branded goods between 2013 and 2016. Further, the applicant relied on favourable results of investigations conducted by marketing agencies to establish the market share held by the branded goods and references to the brand in print and digital media. The applicant also submitted information concerning a large investment promoting the brand between 2011 and 2017.

Finally, one key piece of evidence in support of the application was a report on the results of a brand awareness survey conducted among the respective target audience. This was determined as being Russian residents aged between 20 and 40 who had babies aged up to three years’ old and was deemed relevant for the case. The survey results suggested that the overwhelming majority of respondents were familiar with the brand and its owner as of the date on which the mark became well known in Russia according to its owner.

All those factors and fresh pieces of evidence culminated in the brand being recognised as well known.

Well-known marks have advantages and disadvantages. The main benefit of a trademark enjoying well-known status in Russia is that the brand owner can obtain broader protection, which may even extend to dissimilar goods. This occurs where there is a real risk that third-party use of the same or a similar designation will be associated in the consumer’s mind with the owner of the well-known mark if such use is capable of damaging the true owner’s reputation and lawful interests.

Another benefit is that well-known status makes it easier to combat infringers, since the strong brand awareness attributed to well-known marks helps to prove the risk of confusion as to the commercial origin of goods and the damage that may be caused as a result. Further, the law provides for unlimited duration of the well-known marks without any need for renewal.

Finally, it is a matter of prestige. The value of the well-known mark is normally high and this could prove to be a valuable intangible asset that notably increases the value of the brand owner.

Recognising trademarks as well known requires a considerable amount of supporting evidence of brand awareness. Despite the complexity of this, the benefit of obtaining well-known status is obvious – brand owners receive broader protection that eventually improves the enforceability of their marks. For this reason, the number of cases related to the recognition of trademarks as well known has increased over the past few years. For many brand owners, this can be one of the most effective elements of their brand protection strategy as a whole.