Section 2(b) is unequivocal bar to registration of flags, coats of arms and other insignia

The Trademark Trial and Appeal Board (TTAB), confronting issues of first impression, has provided a definitive statement of the law regarding the scope of Section 2(b) of the Trademark Act, 15 USC § 1052(b), which bars the registration of any design mark that “consists of or comprises the flag or coat of arms or other insignia of the United States, or of any state or municipality, or of any foreign nation or any simulation thereof.”

In two precedential decisions issued on January 18 2012, In re The Government of the District of Columbia (Serial No 77643857) and In re City of Houston (Serial No 77660948), the TTAB held that Section 2(b) is an unequivocal bar to registration regardless of the identity of the applicant, even where the applicant is the government entity that owns the insignia. 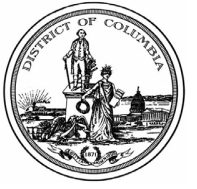 The issue on appeal was whether Section 2(b) precludes a government entity from registering its own flag, coat of arms or insignia. From the outset, the TTAB stated that the language of Section 2(b) was too explicit to allow any deviation from the plain meaning of the words that expressed Congress' clear intent to prohibit the registration of official insignia by any applicant (see United States v Goldenberg (168 US 95 (1897)).

Second, the District of Columbia asserted that the meaning of Section 2(b) was ambiguous on its face and as applied, since examiners had previously allowed registration of official seals. The TTAB noted in response that the wording of Section 2(b) could not be construed to bar only third parties from registering government insignia and that inconsistent interpretation of Section 2(b) by examiners did not render the statute ambiguous because, “to determine whether the statute is ambiguous, we look to the statute itself. And if the statute is clear, we look no further”. Furthermore, the TTAB distinguished In re Department of the Interior, where the mark that the Department of Interior sought to register was the National Parks logo, which was not an official seal of a national authority. 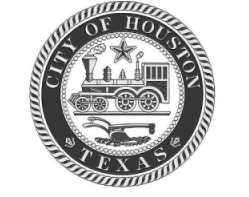 Although the question presented - whether Section 2(b) bars registration when a government entity is seeking to register its own flag, coat of arms, or other insignia as a service mark - was narrower than the issue addressed in In re The Government of the District of Columbia, the TTAB reached the same conclusion in another precedential decision.

The City of Houston argued that:

The applicant claimed that registration of its mark was warranted by the fact that the Trademark Act 1905 was intended to protect states and municipalities from having their insignia misappropriated by private actors for improper commercial use and not to prevent government entities from protecting their own insignia. However, the TTAB noted that, even accepting the premise of the city's argument, the conclusion did not logically follow because “trademark law is fundamentally about the use of marks in commerce” and, thus, it would have been logical for Congress to bar the registration of all government insignia to prevent their use in commerce.

The applicant's use of the mark in connection with government services was declared to have no bearing on whether Section 2(b) prohibits the registration of official insignia, an argument that the applicant devised based on its “misread[ing]” of In re Department of the Interior. Instead, the TTAB explained that In re Department of the Interior stands for the proposition that, regardless of the goods or services in connection with which registration is sought, once the applied-for mark is found to be an official seal or insignia it cannot overcome the bar imposed by Section 2(b). Here, the city had consistently admitted that it had applied to register its own official seal. However, the TTAB left open the possibility that, if the applicant presented evidence that the applied-for mark had never been used as an emblem of authority, but instead to identify a service provided by a government agency, the applicant could escape the Section 2(b) preclusion.

Finally, the city also alluded to the registration of other government insignia. The TTAB deemed this evidence alone to be of “little probative value” because there was no evidence that the registered seals were the official seals of the cities mentioned in the marks. Most importantly, the TTAB stated that it is “well-settled” that it is not bound by the decisions of examining attorneys, “nor do applicants have a substantive right to consistency”.  Admitting that legal determinations based on Section 2(b) should be consistent, the TTAB affirmed its duty to correct an examining attorney if she or he applied an incorrect legal standard. Consequently, given the clear meaning of Section 2(b), the TTAB affirmed the examiner's decision to deny registration of the applicant's mark.

These rulings make clear that no government or municipality can register its own flag or coat of arms or other insignia as trademarks on the Federal Register, under the theory that such signs are not used “in commerce”.   However, governments can always oppose parties seeking to register such trademarks if they are confusingly similar to their flag, coat of arms or other insignia, although this shifts the burden to governments to watch for the publication of such marks.