A combination of two or more colours can be registered under the Thai Trademark Act. However, there are currently few examples of combinations of colours registered as trademarks in Thailand: the owners of such marks rarely seek registration, and a number of applications have been rejected by the Trademark Registrar on the grounds of lack of distinctiveness. However, the decision of the Supreme Court in the present case may offer encouragement to prospective registrants, as it provides a guide for determining the distinctiveness of a combination of colours.
Shell applied for the registration of a combination of colours as a trademark for use with “grease; lubricants; engine oil; gasoline; diesel; industrial oil for the automobile industry; industrial oil for industrial manufacture” in Class 4 of the Nice Classification (Application 595727): 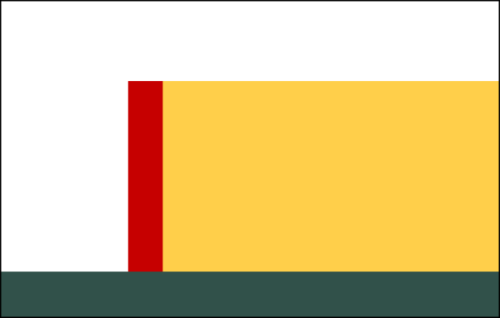 The registrar rejected the application on the grounds that the mark lacked distinctiveness.