The German Federal Supreme Court has considered whether variants of the registered PROTI mark amounted to a significant alteration of the mark as registered (Case I ZR 84/09, January 10 2013, published only recently).

In 2011 the Federal Supreme Court had referred a series of questions to the Court of Justice of the European Union (ECJ) asking whether use of a variant of a registered mark was sufficient to maintain trademark rights in the registered version, even if the variant was itself registered as a trademark. The ECJ issued its reply barely a year later in Rintisch (Case C-553/11, October 25 2012), holding that the owner of a registered trademark was not precluded from relying on the fact that it is used in a form which differs from that in which it was registered in order to establish use of the trademark, as long as the differences between the two forms do not alter the distinctive character of the trademark as registered.

When the case returned to the German Supreme Court, the conflict between the claimant’s various PROTI marks and the defendant’s PROTIFIT mark, as well as the issue of whether the variants used significantly altered the distinctiveness of the mark as registered, had to be resolved.

with the following marks as used: 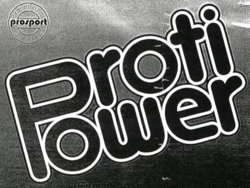 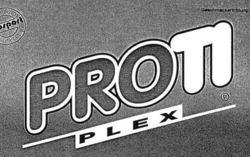 With regard to variants 4 and 5, the court found that they amounted to a significant alteration of the registered word mark PROTI. However, the court held that the second and the third variants could not be disregarded because the ‘proti’ element in the marks as used remained a separate entity (the same was true for variant 1 when used as a word mark). The court remanded the case to the Cologne Appeal Court, as that court had not made any reviewable findings with regard to the actual use made of the accepted variants and with regard to the likelihood of confusion.

Although the ECJ judgment in the first PROTI case was received with relief in Germany (and perhaps elsewhere), the German Supreme Court’s second PROTI judgment adds to the growing case law on the often hotly disputed issue of whether a variant amounts to a significant alteration of the registered mark. Interestingly, the Supreme Court considers this to be essentially a question of law, and thus decides this question itself when reviewing lower court judgments; however, in other jurisdictions, and in the cases reaching the ECJ from the General Court, this question is considered to be an issue of fact and, therefore, the corresponding findings are not disturbed on appeals on points of law.