Anti-counterfeiting measures will never succeed in removing all counterfeits from the market, but they do make it significantly more difficult for counterfeiters to produce and sell fakes.

Fakes, imitations, replicas – these are the first words that come to mind when considering the challenges of fashion and luxury brands. While anti-counterfeiting measures will never succeed in removing all fakes from the market, they do make life significantly more difficult for infringers. Fortunately, there are many legal tools that can be employed in the struggle against counterfeits in Russia, including customs watches, police raids and court procedures.

The growth of online shopping has significantly affected the businesses of luxury brand owners. While issuing takedown notices has become the primary goal for much anti-counterfeiting activity, some counterfeiters continue to operate regardless. In such situations, litigation can be a good option.

Selling counterfeit goods online is considered an offence, meaning that a rights holder has the option to involve the police or a public prosecutor. While the police can initiate an administrative case and forward it to a court, a public prosecutor can block the infringing website – a more efficient option. The legal grounds for such actions are based on recent amendments to the law, which recognise the offer of counterfeit goods for sale as an act against public order, for which distribution must be prohibited. For instance, in 2017 a St Petersburg public prosecutor filed a lawsuit against the owner of the online shop www.buyreplica.ru based on complaints from the owners of certain luxury brands. As a result, the court recognised the content of the website as prohibited and ordered the website to be included on the list of blocked web addresses. This new legal option has been used successfully by brand owners several times already.

Parallel imports are another important issue for fashion and luxury brands. Unauthorised importers compete with authorised distributors of brands despite not having to spend money on advertising or customer support and sometimes even deliberately underestimating prices in customs declarations in order to pay smaller duties.

In the past, rights holders could fight parallel imports by filing a complaint with the customs authorities, which were efficient in initiating administrative court procedures and obtaining judgments in favour of trademark owners. The bulk of the work was carried out by Customs, which kept expenses low. In addition, any goods imported into Russia without permission were confiscated.

However, the practice with regard to parallel imports has changed significantly. On 13 February 2018 the Constitutional Court announced a decision confirming the principle of regional exhaustion of rights in Russia as part of the Eurasian Economic Union (ie, Armenia, Belarus, Kazakhstan, Kyrgyzstan and Russia). The court ruled that this principle should not be applied automatically without considering all the circumstances, including the good faith of the trademark owner.

In particular, the court ruled that trademark owners should not be allowed to restrict the import of certain goods of public interest (eg, drugs or life-support equipment) or to overprice goods in comparison with other countries. Trademark owners may have to prove that the lawsuit, as well as their pricing policy for the Russian market, is not an abuse of trademark rights and that the ban on parallel imports will not jeopardise people’s health or be against the public interest.

The court recognised the right of trademark owners to prevent the unauthorised import of goods into Russia but held that the legal consequences of such actions with respect to ‘grey’ products and counterfeit goods should not be the same. In particular, compensation for parallel imports should be less than for the import of fake goods. The destruction of goods imported into Russia should be permitted only if they are of low quality or for reasons of security, the safeguarding of health and life, or the protection of the environment or cultural values.

From a practical viewpoint, the Constitutional Court decision means that it has become more complicated to enforce trademark rights against parallel imports. Although it is still possible to claim a ban for the import of a particular consignment, along with statutory compensation, the court may not agree with the claims and could dismiss the case.

Another aspect of fashion and luxury brand protection relates to fighting unlawful trademark registrations, which are in fact imitations of famous brands. It is difficult to enforce the exclusive rights to an original brand until the imitating trademark is invalidated, although sometimes even this is far from straightforward.

In a recent case, the Chamber of Patent Disputes of the Russia Patent and Trademark Office (Rospatent) considered an opposition filed by Moncler SPA – the famous Italian producer of fashionable clothing and accessories for skiing and sports – against a trademark registration.

The disputed trademark was registered in Russia for International Classification of Goods and Services Class 25 goods in the name of a Chinese company. The arguments contained in the opposition were as follows:

Moncler submitted evidence supporting its arguments, including printed copies of the website, a detective’s report, copies of resolutions of offices from different countries, statements from Russian distributors of goods, copies of sales invoices, customs declarations, advertising materials and catalogues.

Having studied the case materials and heard the participants, the Chamber of Patent Disputes found the arguments convincing. The panel of examiners recognised the verbal elements of the disputed trademark and the prior trademarks as similar, allowing the conclusion that the marks can be associated in general. The board also noted that the disputed and prior trademarks have a similar composition design, producing a similar visual impression on consumers.

The goods for which the disputed trademark is registered and the goods covered by the prior trademarks were found to be identical. Labelling identical goods with marks owned by different manufacturers that have a high degree of similarity can mislead a consumer into believing that they relate to one manufacturer.

Moncler’s arguments that the disputed trademark was granted legal protection in violation of the requirements provided for by law were thus substantiated.

The board considered that Moncler was established in 1952 and its goods are known worldwide. In view of this, the panel of examiners recognised the applicant’s argument that the registration of the disputed trademark violated the law. The Chamber of Patent Disputes concluded that there were grounds for awarding Rospatent’s resolution to satisfy the opposition and invalidate the disputed trademark. 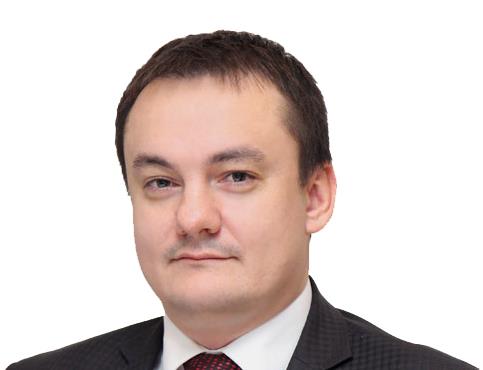 Evgeny Alexandrov joined Gorodissky & Partners in 2005 and was promoted to partner in 2015. Mr Alexandrov advises clients on the legal (non-contentious) and illegal (contentious) use of intellectual property and information technology, unfair competition and false advertising, parallel imports and anti-counterfeiting, licensing and franchising, as well as media and technology. He represents clients before commercial courts, courts of general jurisdiction and administrative and law enforcement bodies. Mr Alexandrov handles numerous projects, including the successful representation of major companies in patent and trademark infringement cases and legal support of Russian companies for different IP issues, such as multi-jurisdiction disputes. 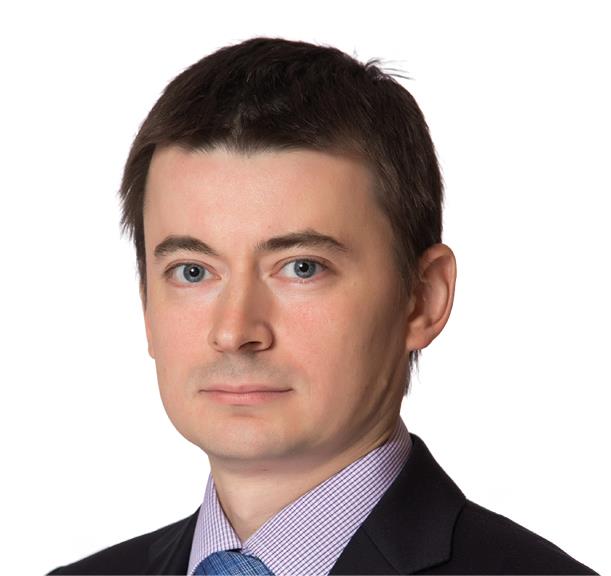 Vladimir Trey joined Gorodissky & Partners in 1999 and was promoted to partner in 2010. His experience includes counselling clients on various trademark issues, managing trademark portfolios through clearance and prosecution, as well as representing clients before Rospatent and the commercial courts, including the IP Court. Mr Trey is intensively involved in opposition and cancellation proceedings, as well as in transactional, enforcement and opinion work, including recognising certain foreign trademarks as well-known in Russia and granting legal protection for non-traditional trademarks, such as colour and sound marks.