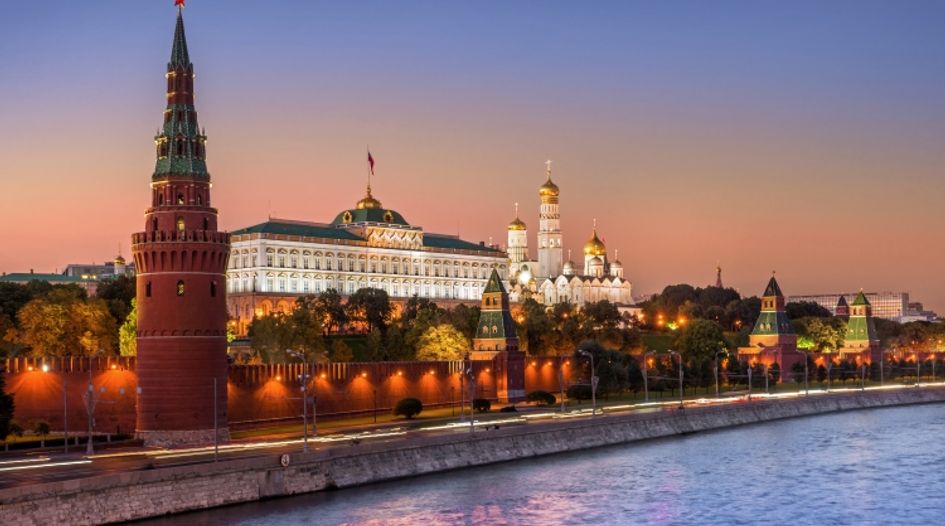 Every Tuesday and Friday, WTR presents a round-up of news, developments and insights from across the trademark sphere. In our latest edition, we look at the Russian president issuing a public statement warning about counterfeit goods, the Finnish IP office reminding users about an impending change to its trademark renewal system, a call for UAE to step up free trade zone vigilance, IP Australia seeking user input, and much more. Coverage this time from Trevor Little (TL) and Tim Lince (TJL).

Call for UAE to step up free trade zone vigilance – The Transnational Alliance to Combat Illicit Trade has called for the United Arab Emirates to demonstrate leadership in the region’s efforts to fight illicit trade during a conference hosted by Global Trade Development Week in Abu Dhabi. While director-general Jeffrey Hardy acknowledged positives steps that have been taken (“The country has demonstrated its commitment to wiping out corruption, standing up against money laundering and strengthening laws to fight against counterfeiting and other forms of IP theft”) he notes that vulnerabilities persist in the country’s free trade zones (FTXs). As a result, he called for greater attention to be paid to strengthening inter-agency co-operation within the Emirates; improving Customs oversight of and FTCs; requiring more robust information being provided on operators and their operations in FTZs; and rationalising tax policies and subsidies so they do not incentivise illicit trade. We have written extensively about the IP enforcement challenges posed by free trade zones and Hardy’s call should be welcomed by rights holders. (TL)

Russian president calls out issue of fakes – Earlier this week, the prime minister of Russia, Dmitry Medvedev, issued a strongly-worded statement on the global scourge of counterfeits. The telegram, posted on the official website of the Russian government, was sent to guests of an international forum on anti-counterfeiting currently being held in Moscow. “There is not a single country in the world that would not need to protect its intellectual property, would not seek to put a barrier in front of counterfeit industrial products,” he stated. “Violations in this area not only cause material damage, but also lead to much more serious consequences. Counterfeit products are manufactured without compliance with environmental standards, which threatens the health of millions of people. Such actions by unscrupulous manufacturers undermine the reputation of well-known companies and entire countries where they operate. That is why it is especially important to unite efforts in the fight against such phenomena.” Such a statement by a national figurehead like this is a strong reminder about the international cooperation needed to tackle fakes. (TJL)

Trademark win for Google – Over on ARN, Samira Sarraf reports on a court victory in Australia for Google in an action it brought against two businesses registered under the names Google LLC and Google Legacy. In the decision, the judge stated that no legitimate use could be made of any of the business names, the domain name ‘googlefoundation.com.au’ or the name Google in the hands of registrant Jason Weeks, who did not respond to the court’s request to serve evidence or mount a defence. The court therefore ruled that the business name Google LLC be transferred to Google, the court finding that “transfer rather than cancellation is appropriate in the current proceeding because Google  LLC is the very name of the applicant, Google, and an order for transfer limits Google’s exposure to the risk that some other third party might seek to register the same business name should it become available following the cancellation process”. A mandatory order effecting deregistration of the domain name was also issued. Given the facts and the lack of response form the defendant’s, the decision is an unsurprising one. However, I’m sure Google would rather have not had to spend money on the case, slam dunk or not. (TL)

Trinidad and Tobago IPO visits Chile – Representatives from the intellectual property office of Trinidad and Tobago visited Chile’s National Institute of Industrial Property (INAPI) this week, as they sought ways to work together to improve each other’s operations. According to the press release, cooperation between the IP offices of Chile and Trinidad and Tobago was formalised in 2017 through the signing of a memorandum of understanding, which seeks ways to strengthen and stimulate the use of the IP system between both nations. According to Regan Asgarali, director of the Trinidad and Tobago office, “the cooperation has resulted in a series of novelties for Latin America and the Caribbean”, while INAPI’s national director Caroline Belmar commented: “Nine years ago, INAPI was a net receiver of international cooperation, this condition has changed from four years ago to the date, which allows us to provide constant help in our Latin American region, cooperation with Trinidad and Tobago brings us to the Caribbean, with a tremendous strategic partner.” (TJL)

IP Australia seeks user input – The IP office of Australia is currently seeking input from interested parties on proposed changes to its IP regulations. Users have until 21 December 2018 to submit a written submission on the draft regulations, which are primarily aimed at streamlining the process involved with obtaining and maintaining IP rights and stipulations related to international treaties. (TJL)

Pakistan steps up fight against fakes – Pakistan’s Enforcement Coordination Committee of IP Rights has officially deemed counterfeiting and piracy as “a crime against innovation and creativity”, and pledged to work “relentlessly” to stop the trade in fakes. At the committee meeting, Muhammad IrfanTarar, the director general of Pakistan’s intellectual property organisation (IPO-Pakistan), said that one priority should be collective responsibility. “Enforcement of IP rights through designated law enforcement agencies (ie, police, the Federal Investigation Agency, and Pakistan customs) is one of the key functions of IPO-Pakistan,” he explained. “Similar committees for the IPR enforcement have also been established in other key cities of the country. These will effectively address the issues of piracy and counterfeiting.” As well as additional partnerships, it was also decided that there will be a rise in awareness activities, especially in the Multan region of Pakistan. (TJL)

Finnish IPO reminds user of renewal change – In a post on the Finnish IP office website, the registry has reminded users about a change in the upcoming new Finnish Trademarks Act, which enters into force on 1 January 2019. According to the post, users will no longer be allowed to renew a trademark registration by only paying a renewal fee without filing an application to the registry. “You can file and pay your renewal application online in Finnish or in Swedish,” the website states. “To use the [online] service, you need to first identify yourself using your internet banking codes or a mobile certificate in the Suomi.fi e-Identification service. Renewal fees paid to the PRH after 1 January 2019 without any renewal application, will be returned directly to the payer.” For brand owners with protection in Finland, the change is one worth noting. (TJL)

‘.uk’ domain criminal suspensions double – The latest figures from Nominet reveal that the number of ‘.uk’ domains suspended for criminal activity over the 12 months to October 2018 has doubled year-on-year to 32,813. Reflecting on the significant increase, Russell Haworth, Nominet CEO, comments: “The upward trend we are seeing in suspended domains confirms that criminals are continuing to seek opportunities in the UK namespace – be it the issue of counterfeits online, or where criminals relentlessly target consumers with malicious content, via domains registered for phishing.” Drilling down into the statistics, the number of requests that didn’t result in a suspension was 114 – up from 32 in the previous year (the reasons for domains not resulting in suspension include the domain name already being suspended by the registrar or being transferred to the IP rights holder as a result of a court order in the meantime). Meanwhile, the number of suspensions that were reversed was 16 following successful reviews, with one suspension upheld (a suspension is reversed if the offending behaviour has stopped and the enforcing agency has since confirmed that the suspension can be lifted). (TL)

China’s brand creation surge examined – A piece on Bloomberg this week, authored by Anandashankar Mazumdar, focused on the surge of US trademark applications emanating from China – noting that, as of 27 October 2018,over 41,000 China-based applications had landed at the agency this year. The article suggests that “the surge is a sign that Chinese companies are getting ready to flood the US market with their own brand-name goods”, with one lawyer opining that … China is on the verge of becoming a major player in branded consumer goods as well as industrial and commercial products and services in the US. The article doesn’t focus greatly on the issue of fake specimens, but instead highlights the rising level of brand creation in the country – with commentators noting that the trend could be a sign that China is seeking to stem complaints about counterfeits and knockoffs coming from the country by encouraging the creation of new, legitimate brands. On WTR we have covered at length the brand creation drive that the Chinese government is embarked on, and opined that this trend will likely continue. What makes the article worth noting, however, is the focus on the positives of the efforts of Chinese compnaies to expand internationally. (TL)

“Counterfeit-catching brothers” featured on BBC – The British Broadcasting Corporation (BBC) has aired a radio story about Rob and Jason Holmes, two brothers who grew up in – and continue to work within – the world of anti-counterfeiting. Rob Holmes, who is CEO of IPCybercrime.com, spoke of his delight to tell the story to BBC’s Outlook radio show: “As a fan of this show, I was honored to have been featured, as it focuses on people who have lived extraordinary lives.” The description of the show, which is available to listen on the BBC Sounds website, describes how the Holmes brothers were “first recruited as undercover agents when they were children”, expanding: “They were in Atlantic City on the lookout for black market goods – like replica designer clothes, sunglasses, watches, their employer was their private detective dad, and their fee was ice cream.” For those in the counterfeiting frontline, the interview is a must-listen. (TJL)