OSIM is the body responsible for granting trademark protection in Romania. The Trademark Law (84) was most recently amended in May 2010 in order to harmonise it fully with the EU directives and bring it into line with the EU Community Trademark Regulation with regard to examination criteria.

The examining division carries out examinations on absolute grounds, such as descriptive character or a misleading mark in respect of the origin or the product. Some manufacturers, in particular newer companies, tend to select names that are quite close to the international common denomination in the hope that consumers will retain such names as trademarks. In most cases, OSIM correctly denies the registration of such marks.

Relative grounds are used as a reason for rejection in opposition, appeal and cancellation proceedings. On the merits of the case, relative grounds are similar to those mentioned in the Community Trademark Regulation – namely, the later mark shall not be registered if:

The first kind of provision has a significant influence on the definition of ‘the public’, as in the case of prescription drugs, the patient theoretically has little input in the choice of medicine; thus, the risk of confusion remains for pharmacists and doctors. However, in practice, the situation is different, as most pharmacists will give a patient some prescription drugs without a prescription (mainly antibiotics) if the patient is known to the pharmacist as a regular customer. This aspect has been invoked in cases of oppositions and extensively debated during OSIM Board of Appeal hearings. At present, there is no coherent approach; some decisions take into account the impact of differentiation between OTC and prescription drugs on the overall risk of confusion, while others simply ignore it.

The second kind of provision refers to the lists of drugs that are subsidised by the state. Such lists are published annually by the House of Insurance (the social security body). The current version of the lists comprises the commercial denominations – that is, the trademark and not the international common denomination. The doctors choose from this list and the pharmacist must deliver the exact medicine prescribed, and not another drug with the same pharmaceutical formula. This reduces the risk of confusion between medicines; however, if the prescribed drug is unavailable, the patient must return to the doctor to have a different medicine prescribed.

The lists include patented drugs and generics listed in alphabetical order. In some earlier versions of the lists, there was a version comprising only the international common denomination, which made the risk of confusion among doctors and pharmacists quite high.

Pharmaceutical preparations undergo a strict approval process at national or EU level, whereas food supplements undergo a simplified process. Pharmaceutical preparations can be sold only in authorised places such as pharmacies or distributed in hospitals and health centres, whereas food supplements can be sold in many places, including pharmacies, supermarkets and drugstores.

In recent years there has been an increase in the registration of marks for food supplements at national level. There is some confusion at the level of OSIM, as the body responsible for the registration of marks, when it comes to assessing the similarity of marks when one refers to a food supplement. Most probably, this confusion will be resolved over time and with more decisions.

Parallel import occurs when a product placed on the market in one country is bought by a party which exports it to another country without the permission of the marketing authorisation holder. Parallel importing is permitted between EU member states based on the principle of free movement of goods. The requirements relating to parallel imports are described in the European Commission Communication on Parallel Imports (COM(2003) 839 Final).

According to the principle of exhaustion of rights, the rights holder loses its right to control the distribution of the goods once the medicinal product has been put on the market in any EU or EEA member state, so that the product can be traded freely by authorised wholesalers in any of these countries.

Romania joined the European Union on January 1 2007. As a consequence, the responsibility of Romanian Customs to protect the external borders of the European Union increased considerably, as Romania shares major borders with non-EU countries. In 2013 the total number of goods seized by Customs was 2,548,785 pieces, with a value of around €13 million.

Pursuant to Article 798, advertising is prohibited for medicines that do not have valid marketing authorisation in the Romanian territory. The information contained in the advertising material must correspond to that given in the leaflet, and the advertising must encourage patients to use the medicine sensibly through an objective presentation and without exaggeration of the properties. Most importantly, the advertising must not be deceptive.

Advertising to the public is permitted only for medicines that, due to their composition and therapeutic indication, can be used without a doctor having to establish the medical condition; rather, it is sufficient to ask the pharmacist’s advice. Advertising to doctors is also allowed.

The direct sale or distribution of medicinal products to the population for advertising purposes is prohibited.

Since 2007, supplementary protection certificates (SPCs) have been available for pharmaceutical products, under the EU Supplementary Protection Certificate for Medicinal Products Regulation (469/2009).

Several complex cases are pending before the Romanian courts. In one of these the court is to consider whether an SPC can be amended so that instead of protecting a combination of three active ingredients, as granted, protection is limited to a combination of two active ingredients. Recent European Court of Justice guidance (ie, Medeva) has been submitted to the national court in this case. 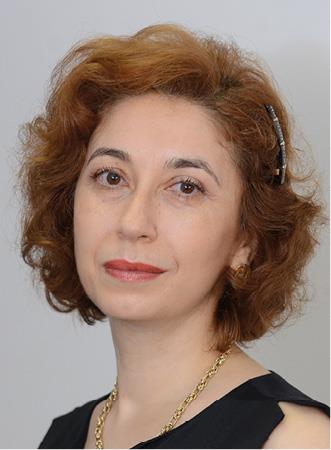 Raluca Vasilescu is a Romanian patent and trademark attorney, a European patent attorney and a European trademark attorney. She is a member of the Anti-counterfeiting Committee and the Council of the European Communities Trademark Association, and president of Romanian Chamber of Patent Attorneys. Ms Vasilescu handles patent and trademark matters from prosecution to enforcement. She is the author of numerous articles in the field of industrial property and of the Romanian chapter in Enforcement of Intellectual Property Rights Through Border Measures (Vrins/Schneider, Oxford University Press, 2012). Her current writing projects include contributions to commentaries on the Community Trademark Regulation and the Community Design Regulation (CH Beck Hart Nomos).