There is no requirement to use a mark in order to acquire trademark rights. The Romanian trademark system is based on the first-to-file principle and registration is possible without preliminary use. If a trademark is refused registration for lack of distinctiveness, this can be overcome by showing that the mark has acquired distinctiveness through extensive use.

The protection afforded to unregistered marks is thus limited to the following:

In order for a trademark to be considered well known, it must be widely known in Romania and to the Romanian target market of the products or services for which the trademark is used.

The Trademarks Law imposes no special requirements on the applicant or owner of a trademark.

If a representative is named, a power of attorney is necessary. This need not be notarised or legalised.

Protected: A ‘trademark’ is defined as “a sign that is capable of graphical representation and serving to distinguish the goods or services of an undertaking from those of other undertakings”.

Not protected: The following marks, among others, are excluded from protection under the Trademarks Law:

Absolute grounds for refusal of registration because a mark is not distinctive may be overcome by showing that the mark has acquired distinctiveness through extensive use.

Moreover, a sign cannot be registered as a trademark if it infringes other prior rights, such as previously registered/filed trademarks, protected in the Romanian territory.

To register a trademark, a written application must be filed with the State Office for Inventions and Trademarks (SOIT) under the conditions provided by the Trademarks Law.

SOIT will first examine the application to ensure that it satisfies all formal requirements and then specify a deposit date within one month of filing.

A trademark application is electronically published within seven days of filing with SOIT.

The opposition is examined by a SOIT commission, which will issue a notification of acceptance or refusal of the opposition, which is binding at the substantive examination of the trademark application.

According to the Trademarks Law as currently in force, during the substantive examination, SOIT cannot perform an ex officio examination of the relative grounds for refusal for registration of a trademark. These grounds should be taken into account only if an opposition has been filed. Despite the legal provisions, SOIT follows in practice an internal act without a normative value which cannot modify the Trademarks Law, namely Instruction 5/17.10.2012, according to which SOIT examiners perform an ex officio examination based on relative grounds even if no opposition has been filed.

Following the substantive examination, SOIT will issue a decision of acceptance or refusal of the trademark for registration.

If SOIT accepts the trademark for registration, the mark will be published electronically within two months of this decision.

SOIT offers several trademark searches as a paid service to interested parties, in addition to the trademark database which is freely available on its website (http://api.osim.ro:18080/marci/index.jsp ).

A trademark remains valid for 10 years and may be renewed indefinitely for consecutive 10-year periods.

Surrender: A trademark owner may surrender the rights with respect to some or all of the goods or services for which it is registered. If a licence has been registered, the surrender will be recorded only if the owner proves that it has notified the licensee of its intention to surrender the trademark.

Revocation: Anyone with a legitimate interest may request the court to deprive a trademark owner of its rights if, without legitimate reason, the mark was not effectively used in Romania within an uninterrupted period of five years as from registration of the trademark in the Trademarks Register, or if this use has been suspended for an uninterrupted period of five years.

It is the trademark owner, not the interested third party, which must provide the court with evidence of use (or legitimate reasons for non-use).

Under the Trademarks Law, revocation of a registered trademark may also be requested before a court of law if:

Invalidation: Generally, any interested party may file a legal action with the Bucharest Tribunal seeking cancellation of a trademark registration on any of the following grounds:

The limitation period for a legal action seeking cancellation of a trademark registration is five years from the date of registration, except where the registration was applied for in bad faith, in which case an action may be brought at any time during the term of protection.

Trademark rights are enforced under the Trademarks Law and secondary legislation on unfair competition, advertising and border measures. In addition, certain acts are regulated by the statutory acts and not by the specialised legislation. It follows that both the legal grounds for enforcement and the remedies available to rights holders are complex and must be carefully considered on a case-by-case basis. The only distinction between registered and unregistered rights, in terms of complexity, is that the evidentiary burden may be heavier in the case of unregistered rights and the case may thus take longer to progress.

Generally, the Trademarks Law provides owners of registered trademarks with both civil and criminal remedies.

In the case of unauthorised use of a registered trademark, the owner may request the competent judicial authority to prohibit third parties from engaging in any act that constitutes an infringement of its rights under the Trademarks Law.

Apart from the civil action, the owner of a registered trademark may also file a criminal petition against the infringer, who may be subject to imprisonment for up to two years or a criminal fine. Where a civil damages action is incorporated in the criminal complaint proceedings, the infringer may also be liable to pay damages.

In accordance with the Unfair Competition Law, anyone who contravenes honest commercial practices and the good-faith principle may be enjoined by the court to desist or refrain from the act in question. The Unfair Competition Law further qualifies as a criminal offence the use of a “firm logo or of a packaging which may create confusion with that legitimately used by another merchant… [and] the manufacturing in any manner, import, export, warehousing, offering for sale or sale or merchandise or services that have false mentions regarding... trademarks [or] geographical indications... in order to induce in error the other merchants and the beneficiaries”. The infringer may be subject to up to two years’ imprisonment or a criminal fine; where a civil damages action is incorporated in the criminal complaint proceedings, the infringer may also be liable to pay damages.

The duration of court proceedings for the enforcement of trademark rights varies, depending on the complexity of the case and the behaviour of the alleged infringer. In practice, if all possibilities of appeal are exhausted, it may take around two years to obtain a final and binding decision.

The duration of a criminal action will also be extended by as long as is necessary to complete the police investigation and for the Prosecutor’s Office to examine the file.

According to the Trademarks Law, an assignment must be registered in order to become opposable against third parties. Such registration does not concern the existence of the agreement per se, but rather affords the trademark owner and licensee the opportunity to publicise the agreement’s existence.

Registration proceedings with SOIT may take up to three months.

Generally, Romanian IP legislation recognises artistic and intellectual creations for dual protection. The Copyright Law protects literary, scientific and artistic creations, regardless of the mode or form of expression. No formal requirements apply: intellectual creations are recognised and protected under the Copyright Law through the mere fact of their creation, if they are original.

The Design and Models Law protects the creative act of designing the formal or ornamental appearance of a product that satisfies aesthetic requirements. Design protection is granted through registration and does not exclude protection through a trademark registration.

In addition, any person or entity wishing to register a ‘.ro’ domain name must consent to ICANN’s rules and policy, which provide, among other things, that disputes over domain names may be decided by arbitration panellists. 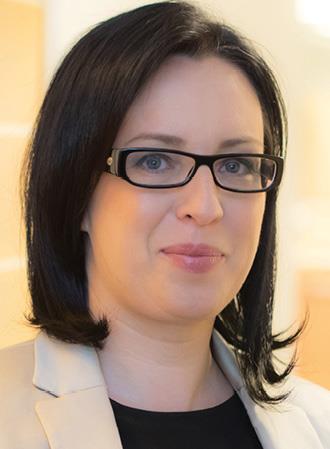 Ana-Maria Baciu is an experienced attorney who advises clients on all IP aspects, as well as media and advertising. She also specialises in pharmaceutical, consumer protection and gaming matters. Ms Baciu has 16 years’ experience in assisting clients in various industries (especially pharmaceuticals, gaming, software, tobacco and fast-moving consumer goods), is a regular contributor to specialised publications and a lecturer on IP and gaming matters. A licensed European trademark and design attorney, she is a member of the Romanian National Chamber of Industrial Property Attorneys and the Bucharest Bar. Ms Baciu’s affiliations include the International Trademark Association, the European Communities Trade Mark Association, the International Association for the Protection of Intellectual Property and Marques. She is vice president of Lex Mundi’s healthcare industries practice group. 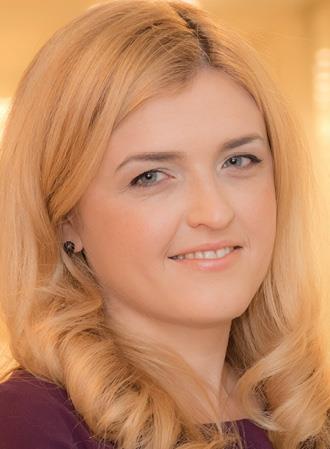 Delia Belciu is qualified as an attorney at law and licensed as a European trademark and design attorney. She has extensive expertise in IP matters, especially in the areas of trademarks and design, both at national and Community level, copyright and related issues, employee inventions, designations of origin and arbitration proceedings with respect to domain names. Ms Belciu also provides advice to international and local companies in varied and complex projects in the fields of healthcare and pharmaceutical, consumer protection, anti-corruption, advertising and software. A member of the Romanian National Chamber of Industrial Property Attorneys and of the Bucharest Bar, Ms Belciu is also a member of the European Communities Trademark Association Professional Affairs Committee and vice chair of the Internet Committee.