Within the context of a trade dress dispute, the First Instance Court of Tirana has recognised the well-known status of Red Bull GmbH's marks in Albania.

In June 2012 Red Bull initiated court proceedings against Arseni, an Albanian energy drinks importer, on the grounds that the defendant’s product design constituted an infringement of Red Bull’s well-known trademark, as well as an act of unfair competition. 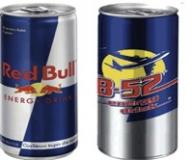 There is no legal definition of 'trade dress' under Albanian law. However, the trademark law and the unfair competition law provide a legal basis for protection against copycat packaging or trade dress infringement.

The First Instance Court of Tirana accepted the plaintiff’s claims in their entirety.

Various IP-related issues rarely heard and decided on by the Albanian courts were addressed during the proceedings. One of the issues raised by the court was the criteria for determining what constitutes a well-known mark and whether Red Bull's marks are well known in Albania.

After carefully analysing the evidence submitted by Red Bull (which showed that 97% of the Albanian public recognised the mark RED BULL ENERGY DRINK), the Court acknowledged the well-known status of Red Bull's marks in Albania. It further stated that:

The court - rightly - did not spend much time determining the minimum level of awareness that a mark must attain in order to be considered as well known, but merely stated that a 97% recognition is extremely high.

The court also upheld the plaintiff’s unfair competition claim, ruling that the similarity of the products' packaging (eg, size and shape) could be taken into account when assessing the likelihood of confusion in the course of trade.

After concluding that the Albanian legislation fully transposed the First Trademarks Directive (89/104/EEC), as well as the rulings of the Court of Justice of the European Union (ECJ) put forward by the plaintiff, the court stated that the rulings of the ECJ constitute important guidelines that the Albanian authorities should follow. The court clearly followed the ECJ's reasoning when assessing the likelihood of confusion between the marks at issue.

The court concluded that use of the defendant’s mark:

Even though the decisions of the First Instance Court do not create judicial precedents in Albania, this decision is of great importance as the court showed its willingness to follow the ECJ's decisions, finding them to be important guidance for Albanian practice.

This decision is now under appeal before the Appellate Court of Tirana, and IP professionals in Albania are eagerly awaiting the outcome of this case.