The Swiss Federal Supreme Court has upheld a decision of the cantonal court of Waadt, stating that the defendant, a car tuner, had acted unfairly by making references to Ferrari’s history and by using a picture of a car that was confusingly similar to a Ferrari F430, as well as the designations 'AAC 1260' and 'Auto-Avio Costruzioni' (Decision 4A_128/2012, April 24 2013). The court found that the defendant sought to free-ride on Ferrari’s reputation and that such use created a likelihood of confusion with the Ferrari cars.

To better understand this case, some historical background to the FERRARI trademark may be helpful. Enzo Ferrari named his first car manufacturing company 'Auto Avio Costruzioni' and branded his first sports car 'AAC 815'. Following the expiry of a non-competition agreement with his former employer Alfa Romeo after World War II, Enzo Ferrari started using his own name and produced the now famous Ferrari sports cars under the Ferrari name. As a result, the name Auto Avio Costruzioni was no longer used.

In May 2008 a Swiss car tuning business published an advertisement in car magazine Sport Auto with the headline "Auto Avio Costruzioni - the origins of the myth of Ferrari". Next to the title was a logo consisting of a black winged horse on a red background framed by a yellow circle containing the words 'Auto-Avio Costruzioni'. 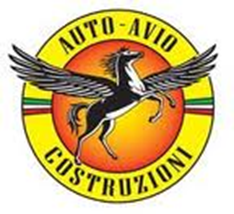 Ferrari SPA sued the defendant for unfair competition based on its trademark F430 and its FERRARI logo.

The defendant argued that there was no likelihood of confusion and that its conduct was not deceiving. Rather, it had simply replaced the original FERRARI logo with the 'Auto-Avio Costruzioni' logo. According to the defendant, this so-called 'rebadging' or 'badge-engineering' was common in the car industry and did not constitute trademark infringement or unfair competition. However, the first instance court issued several injunctions against the defendant based on unfair competition law.

On appeal, the Swiss Supreme Court affirmed the injunctions, holding that, by referring to Ferrari’s history, the defendant sought to free-ride on Ferrari’s reputation in the marketplace. Further, the use of a picture of a car that was confusingly similar to a Ferrari F430 would create a likelihood of confusion with the sport cars of Ferrari. Finally, the use of the designations 'Auto-Avio Costruzioni' and 'AAC 1260' would mislead the relevant public into believing that this was a special anniversary sports car series manufactured by Ferrari as a tribute to the first car designed by Enzo Ferrari. Therefore, there was also a likelihood of confusion with regard to these designations, and the defendant had tried to free-ride on Ferrari’s reputation by using them. All this amounted to unfair competition.

The injunctions were upheld and the defendant was prohibited from using references to Ferrari’s history, pictures of a car similar to a Ferrari F430, as well as the designations 'Auto-Avio Costruzioni', “AAC 1260' and 'AAC', in connection with cars.