In Liu v Office for Harmonisation in the Internal Market (OHIM) (Case T-813/14), the General Court has upheld a ruling of the Third Board of Appeal of OHIM in which the latter had dismissed an appeal filed by the holder of a registered Community design (RCD), considering the design to be invalid for lack of novelty.

Min Liu filed an application for registration of a Community design for “cases for portable computers” in Class 03-01 of the Locarno Agreement.

The RCD was registered on June 26 2012, with priority from February 8 2012 from China. This meant that the grace period during which the RCD holder’s own disclosures would not affect novelty pursuant to Article 7(2) of the Community Designs Regulation (6/2002) ran from February 8 2011.

DSN Marketing submitted an application for a declaration of invalidity of the RCD under Article 25(1)(b) of the regulation. The application for a declaration of invalidity was based on two rotating cases (including a ‘Targus' case) identical to the contested design available on the Amazon UK website prior to the date of priority of the contested design of February 8 2012: 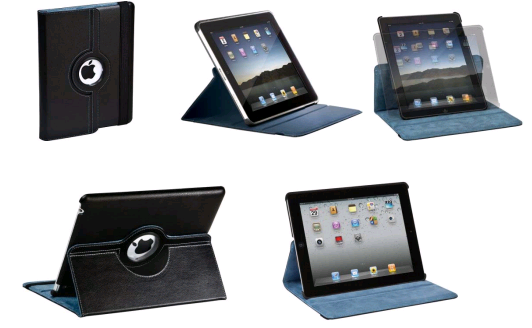 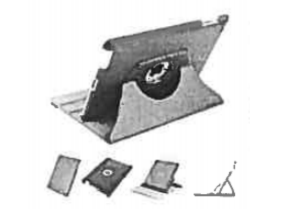 It was common ground throughout the proceedings that the cases were identical. The Invalidity Division found that the Targus case had been published prior to the priority date of the contested RCD and declared that the design was invalid for lack of novelty. The RCD holder appealed the decision, but the Third Board of Appeal of OHIM dismissed the appeal on account that the Invalidity Division had rightly declared the contested design invalid because the Targus design had been disclosed before the date of priority of the contested design.

Firstly, the RCD holder claimed that the Board of Appeal had not responded to his argument that the disclosures of the Targus and Duragadget designs could not affect the novelty of the contested design because they amounted to disclosures made by a third party on the basis of information provided, or action taken by, the designer within the meaning of Article 7(2) of the regulation. He concluded that the board's decision was inadequately reasoned on that point and breached Article 62 of the regulation. The court rejected this claim, stating that the Board of Appeal had indeed provided an account that followed the stages of the reasoning set out by the RCD holder implicitly, providing sufficient reasoning on this point, albeit implicitly.

The RCD holder also claimed that the disclosures of the Targus and Duragadget designs could not affect the novelty of the contested design because they amounted to disclosures made by a third party on the basis of information provided, or action taken by, the designer within the meaning of Article 7(2)(a). The RCD holder filed evidence of CAD files which he claimed proved he was the designer, and invoices and correspondence which he claimed proved that the Targus and Duragadget designs were indeed his. However, the court rejected this claim, stating that the Board of Appeal was fully entitled to, among other things, take the view that anyone could manipulate dates of computer files, and that the RCD holder did not have sufficient evidence to prove that he was the creator of the contested design. Thus, the grace period under Article 7(2) did not apply to him.

Accordingly, the court dismissed the appeal.

This case is interesting for two main reasons. First, it shows that the burden of proof for own disclosures is on the RCD holder and can be very difficult to lift. This means that it is crucial to get confidentiality agreements in place prior to disclosure, and also to have a chain of title from the designer to the RCD holder. The decision also demonstrates that it is important to file for industrial design registration as early as possible: if the RCD holder had filed for registration when his iPad case was first produced, there would have been no issue as to novelty.