Print article
European Union
Legal updates: case law analysis and intelligence
In Deutsche Bahn AG v Office for Harmonisation in the Internal Market (OHIM) (Cases T-404/09 and T-405/09, November 12 2010), the General Court has upheld decisions of the First Board of Appeal of OHIM rejecting Deutsche Bahn AG’s appeals against the examiner’s refusal to register two marks consisting of a combination of the colours 'light grey' and 'traffic red'.

Deutsche Bahn applied to register the following colour marks in March 2008 for services in Class 39 of the Nice Classification (“transport of persons and goods by rail”): 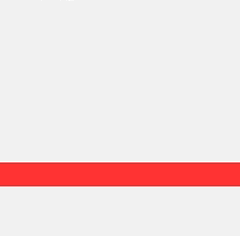 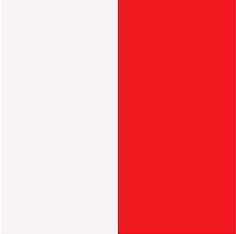 Both the OHIM examiner and the First Board of Appeal dismissed the applications on the grounds that the marks were devoid of any distinctive character under Article 7(1)(b) of the Community Trademark Regulation (207/2009).

On appeal, Deutsche Bahn argued that OHIM had applied criteria which were inconsistent with EU case law - in particular, OHIM had ignored the fact that the criteria for the registration of colour marks for goods did not apply in this case, as the marks covered services. Deutsche Bahn submitted that the colour combination of 'light grey' and 'traffic red' - which the German national railway company uses, for example, on its ICE high-speed trains - did not have a purely decorative role, but enabled the public to identify the commercial origin of the rail services.

The General Court disagreed with Deutsche Bahn, and held that the same rules applied to the registrability of trademarks for goods and services. Referring to the approach to the registrability of colour marks taken by the Court of Justice of the European Union in Libertel (Case C-104/01) and Heidelberger Bauchemie (Case C-49/02), the General Court stated that, save in exceptional cases, colours or colour combinations, although capable of conveying certain associations of ideas, do not initially have a distinctive character. Furthermore, the general interest of the public must be taken into account in not unduly restricting the availability of colours for others who offer goods or services of the same type as those in respect of which registration is sought.

The General Court then looked at Deutsche Bahn's applications and found that:
The court agreed with OHIM that 'light grey' is commonly used for the technical equipment necessary for providing railway services, for example in connection with the carriages, engines and control commands along the rails. The colour 'traffic red' did not contribute to the distinctiveness of the marks because the public perceives red as a colour for warning signs or as an advertising feature. Consequently, the court ruled that the public would not see the combinations of 'light grey' and 'traffic red' as indicating that the connected services came from a particular undertaking, but would rather see them as decorative or aesthetic features.

Deutsche Bahn did not claim acquired distinctiveness through use in connection with the applications. As a consequence, neither OHIM nor the General Court were called to assess the marks’ registrability under Article 7(3) of the regulation. Interestingly, Deutsche Bahn is the proprietor of two German trademark registrations for the same colour combinations which were accepted by the German Patent and Trademark Office on the basis of inherent distinctiveness. Therefore, one might conclude that, although the case law on colour marks is well established, in practice there are still many imponderables for trademark applicants and professionals.