“I think oftentimes companies tend to go radio silent which encourages more conspiracy theories and fuels the community ‘rage’. This was something that literally snowballed with a lot of confusion and misinformation within a 24-hour period starting on a Sunday evening, so we could not get firm legal opinion and responses arranged in time. Instead we revisited our business points, considered what we are willing to live with and actively responded to the community. I think it spans beyond simple PR and speaks to a company’s willingness to actively invest in its public opinion by opening doors to negotiation and having a discussion with communities like this.”

Jay Kuo, chief executive of Ultra PRO, explains why the company, following its application for the DOGE trademark, went online to engage with an angry Dogecoin community – a move that received an overwhelmingly positive response (June 30 2014) 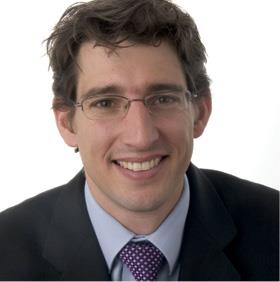 “It’s a sad, disturbing report riddled with corruption and malaise, and a frank reminder of the difficulties IP enforcement officers face in Africa, the need for strong laws and support. Nortje was obviously an individual of high integrity who eventually paid the highest price for doing his job. He was employed by the very people who have not come to his aid. They owe him and his family that respect, at least.”

Darren Oliver, partner at Adams & Adams, reacts to the news that the case on the 2011 murder of a South African customs official has been withdrawn on the IP-Afro blog (July 3 2014)

“Multiple USPTO employees who were involved with the hiring process told the Office of the Inspector General (OIG) that USPTO employees, including commissioners, often provide recommendations for particular applicants during the hiring process and these recommendations allow candidates to obtain interviews, even if they otherwise would not have received interviews. Without a procedure defining how such recommendations will be accepted and weighed and who will view or hear such recommendations, such practices invite preferential treatment, favoritism, and unfair, unequal competition for USPTO employment; can unfairly influence and pressure employees in hiring; and can result in violations of federal regulations and statutes.”

The OIG publishes its report into US Patent and Trademark Office (USPTO) hiring practices, commenced after a whistleblower alleged that USPTO Trademark Commissioner Deborah Cohn improperly used her position to secure a post for the fiancé of an immediate family member (July 11 2014)

“The US Patent and Trademark Office recognizes the importance of the work of the OIG, and appreciates the seriousness of this report. USPTO officials are now reviewing OIG’s findings and conclusions very carefully and determining the appropriate next steps. In the meantime, the agency remains laser-focused on continuing to ensure an impartial, fair and transparent hiring process, which is audited annually by the Office of Personnel Management and the Department of Commerce. The most recent audit concluded those practices were conducted efficiently, consistently, and in accordance with applicable laws, regulations, merit systems principles, and veterans preference requirements.”

“It lends support to the plain packaging legislation and provides fuel for other countries to take up the policy. It really shows the power of branding, which is why the tobacco industry fought so rigorously against the introduction of plain packs.”

Billie Bonevski, associate professor at the University of Newcastle and co-author of research finding that, following the introduction of plain packaging in Australia, long-term smokers could no longer differentiate between brands and believed that the quality of their cigarettes had deteriorated (July 15 2014) 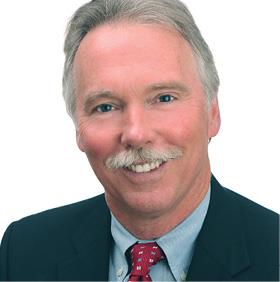 “INTA recommends that ICANN require that all trademarked names that registry operators are forced to block under their alternative path to delegation plans be available for allocation during the original Sunrise period or be subject, upon release, to a secondary Sunrise period. The sole exception would be for dotBrand registries qualifying for Spec 13, which are not obliged to run a Sunrise period unless they later decide to open the registry to third-party registrations. INTA also recommends that ICANN immediately issues clarification, which is both published on the website and sent direct to relevant registry operators, notifying them that all names on their name collision block lists should be made available for allocation during the initial Sunrise to qualifying trademark holders, notwithstanding that those names cannot be activated at present.”

Bruce J MacPherson, director of external relations at the International Trademark Association, urges the Internet Corporation for Assigned Names and Numbers to ensure that second-level domain names that have been blocked in an attempt to mitigate the security risks posed by name collisions pass through a sunrise process before being released (letter published July 22 2014)