Provenance and heritage in the European Union: why we should preserve products of origin (guest op-ed) 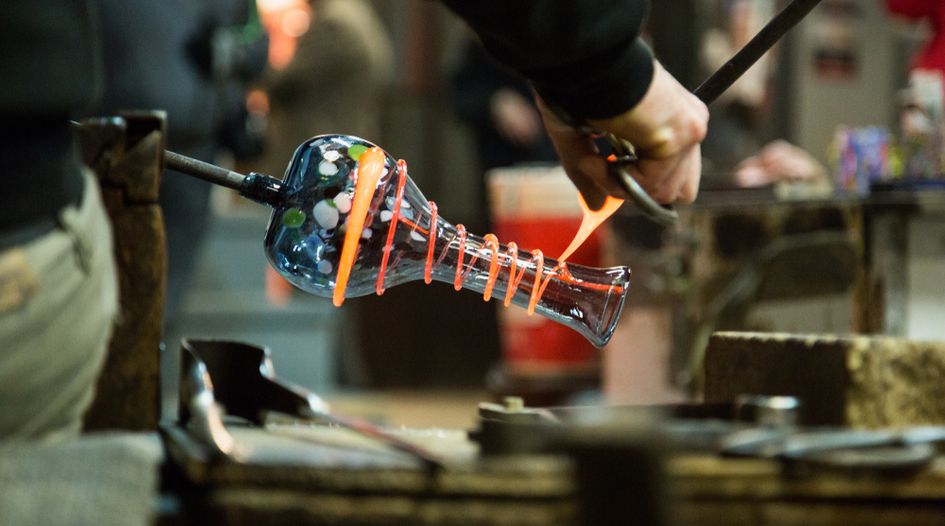 A new alliance bringing together European cities, regions and trade associations in a bid to promote the creation of an EU geographical indication (GI) system for industrial and handicraft products officially launched earlier this month. A spokesperson for Craft Europe argued that such a regime would have economic, sustainability and anti-counterfeiting benefits for EU and non-EU rights holders. In this guest op-ed, Sebastiano Costalonga, municipal councillor for commerce and manufacturing and industrial activities of the city of Venice, calls on the European Union to ensure that its craft heritage is protected and easily identifiable internationally.

Murano and Burano artisans are not only emblems of centuries-old craft traditions defining the identity of the Serenissima, they are both European cultural legacies that made the continent a cradle of outstanding craft production admired around the world. Europe’s craftmanship is a vast and diverse inheritance that lies in its cities, provinces and regions. Our local traditional productions are part of a larger treasure that I like to refer to as the European Union’s family jewels.

The value of family jewels is not determined by their market value; they are handed down from one generation to the next because they belong to the same family, and in doing so they end up becoming priceless objects, which no sensible descendant would ever sell or throw away.

The European Union is a family, and we have inherited some wonderful showpieces. We have Fermo shoes, Como silk, Bohemian crystal, Limoges porcelain, Toledo steel, Donegal tweed, Solingen cutlery – the list goes on. These products and the local artisans who craft them are an essential part of European history and identity. We need to recognise the role that they played and still play in raising the European Union’s industrial profile across the world and in making Europe a synonym of quality.

The European Union should not ignore or take for granted these artisanal traditions. They are exceptional local manufacturing histories that, all together, tell the magnificent story of a continent that has a unique, rich and extraordinary industrial legacy.

Many of these local traditional crafts are at risk of disappearing, sacrificed to the logic of free competition with countries and markets that do not abide by the same rules. The European Union should ensure that its craft heritage is protected and easily identifiable internationally. Manufacturers made the Europe that we know today and it is only fair to acknowledge and recognise their role in shaping the region’s cultural and industrial identity.

The city of Venice, together with the French Association of Industrial and Artisanal Geographical Indications and many European regions and municipalities, and with support from Acuitas Communications, is currently engaging with the European Commission to make the case for adequate legal protection for Europe’s handicraft and industrial products. We are the first alliance of manufacturers of European products of origins, and although we speak in different languages, we share a single voice across the European Union. Our coalition is called Craft Europe – Local provenance, European Legacy and we would like to

invite other European cities and regions to get in touch and join our initiative ([email protected]).

Our strong and inalterable conviction is that the creation of a single protection system for non-agricultural products based on a sui generis IP right at EU level is a measure that would ensure the preservation of local traditional industries without affecting the EU internal market. This mechanism would produce an optimal alignment with the Geneva Act of the Lisbon Agreement and a wide range of self-reinforcing benefits across the continent.

First, a mechanism protecting non-agricultural GIs would not only preserve the work of local traditional manufacturers and defend consumers against counterfeiting, but also boost Europe’s industrial relaunch post-covid. The growth generated would be homogeneous and would create more economic and geographical balance.

The preservation and recognition of the products of origin would also back rural economies, where these goods are produced, and would make the countryside more attractive to young people who are currently forced to leave their hometowns to find jobs in bigger cities. European citizens should not be forced out of their own regions by economic hardship. They should have the right to perpetuate centuries-old traditions that have defined the identity of their communities.

Protection of a GI system would help to:

Together, we have responded to the consultation launched by the European Commission on this topic. We are now working on a manifesto, which will soon be published, outlining our analysis and proposals.

Our voice is loud and clear, but it must become stronger. The city of Venice and its partners would like to invite all regions, provinces, citizens and industrial and handicraft associations to join us in this initiative and show EU institutions that we are the beating heart of Europe’s industry.

The traditions and skills inherited from our ancestors will be the legacy that we pass on to future generations of EU citizens.

Author | Municipal councillor for commerce and manufacturing and industrial activities