Regarding the regulatory legal framework for pharmaceutical trademarks, the Pharmaceutical Products Review Board of the National Institute of Hygiene has established several standards for packaging, labelling, advertising, promotion and branding. The Pharmaceuticals Law establishes the general rules governing the commercialisation, manufacture, production, distribution, import and export of pharmaceutical products.

Until 2006, Venezuela’s IP legal framework was derived from the common regulations of the Andean Community (Peru, Bolivia, Ecuador and Colombia). After Venezuela formally left the Andean Community, uncertainty arose regarding the applicability of Decision 486 (which established the common industrial property regime). This was resolved on September 22 2008, when the Venezuelan Patent and Trademarks Office (VPTO) announced that the former Industrial Property Law 1956 had been reinstated and was held entirely applicable. Litigation went before the Supreme Tribunal of Justice concerning which legal instrument should prevail, but as yet no definitive decision has been rendered.

Although Venezuela is a signatory to the Agreement on Trade-Related Aspects of Intellectual Property Rights and the Paris Convention for the Protection of Industrial Property, on September 12 2008 the VPTO issued an official notice declaring both legal instruments to be non-self-executing over substantive aspects of patent and trademark-related matters. The courts have not yet rendered a decision confirming the VPTO interpretation.

A pharmaceutical product may be commercialised once the relevant application for marketing authorisation has been reviewed and processed by the National Institute of Hygiene and approval has been issued by the Ministry of Popular Power for Health. Orphan drugs do not require marketing authorisation for import, but require permits for administration to patients. Obtaining marketing authorisation – including filing, technical assessment, review and issuance – can take approximately two to three years, depending on the complexity of the subject matter associated with the product. Authorisation is granted for seven years and can be renewed during the six months preceding the due date.

The Pharmaceutical Products Review Board has issued standards and guidelines for product branding and acceptability which prohibit use of the following in pharmaceutical trademarks:

The guidelines also prohibit the acceptance of pharmaceutical trademarks that:

The trademark of the manufacturer or laboratory may not be used jointly with an INN, unless for labelling purposes it is positioned in smaller letters below it.

Regulatory approval for marketing authorisation may be initiated in parallel with the corresponding trademark prosecution at the VPTO. However, examination before the National Institute of Hygiene focuses on consumer safety, rather than the approval of a proposed trademark. Although rare, conflicts involving the name of a product can arise between the two bodies.

Trademark rights are granted by means of registration at the VPTO. Article 27 of the Industrial Property Law establishes that any figure, drawing, word, combination of words or any other sign that is novel and capable of distinguishing the goods or services of one enterprise from those of others may be registered as a trademark.

Trademarks that lack distinctive character because they comprise a generic name or have a merely descriptive connotation cannot be registered. This prohibition includes INNs approved by the World Health Organisation; thus, the VPTO will not grant registration of an INN even if it is part of a composite trademark involving an additional term (eg, a house trademark).

Article 33 of the Industrial Property Law sets absolute and relative grounds for refusal. It prohibits the use and registration of:

Venezuela’s trademark prosecution procedure requires the submission of an official VPTO search report along with the application. This provides an early opportunity to review and anticipate possible obstacles before substantive examination.

Since May 2015 the VPTO has conducted both formal and substantive examinations before publication. This change in prosecution practice is resulting in early ex officio rejections on the basis of both absolute and relative grounds for refusal.

A request for revocation of a trademark registration may be filed where a trademark has not been used in Venezuela for two consecutive years. The burden of proof lies with the plaintiff, not the registrant.

Trademark applications must use the national classification system established in Article 106 of the Industrial Property Act, stating the equivalent international class.

Venezuela does not specifically prohibit the registration and use of trademarks that closely resemble or cause confusion with INNs. The VPTO will not consider the addition of a house trademark or a mere distinctive element distinctive sufficient to grant registration of a trademark based on an INN. However, alteration of the stems and addition of word components that evoke an INN can result in a registrable mark, although the scope of protection will likely be limited.

Before 2008, several pharmaceutical trademark registrations were granted that featured greyscale and coloured pill and capsule shapes. Now that the Industrial Property Law is once again the only applicable regulation, shape marks are being rejected based on Article 33(6), which prohibits registration of the forms and colours of a product. No exceptions for acquired distinctiveness are allowed.

Article 27 of the Industrial Property Law generally defines what can be subject to trademark registration. The scope of the definition allows for the grant of other non-traditional trademarks such as texture, sound, motion and scent marks, since no express grounds for refusal are available for such marks and there is no requirement of graphical representation. However, in certain cases the VPTO has rejected non-traditional trademarks based on vague grounds for refusal, such as lack of novelty or non-distinctive character.

Venezuela has no specialised courts for IP infringement matters. However, enforcement and anti-counterfeiting matters can be tried before the civil and criminal courts.

A complete customs measures regulation was in place while Andean Community Decision 486 was in force. However, today border enforcement is available only through resolutions issued by the National Integrated Customs and Tax Administrative Agency (SENIAT) – specifically Resolution 2005/0915, which authorises SENIAT to seize products imported in Venezuela that may infringe IP rights.

SENIAT will initiate proceedings on a petition filed by the rights holder:

Once the request has been admitted and processed by SENIAT, the authorities will inspect the location. During the inspection, administrative officers will request evidence of the rights holder’s authorisation to use and distribute the goods. In the absence of this authorisation, SENIAT will notify and seize the goods.

The rights holder must initiate civil or criminal action within 10 working days of notification of the seizure.

In civil proceedings, trademark infringement actions are initiated before the first-instance civil and commercial courts. Injunctions can be requested in order to prevent the defendant from continuing the production, import and commercialisation of the infringing products.

Preliminary injunctions may be requested from the lower courts to order the infringer to cease use of the trademark until a final decision has been issued. The plaintiff must provide evidence that there is a reasonable risk of the trial decision not being enforced and that continued infringement will cause harm. The plaintiff’s arguments must be well supported; indeed, plaintiffs sometimes have difficulty overcoming the high standard of proof required to grant a preliminary injunction.

Criminal actions are privately initiated (ie, on the request of the rights holder) and are conducted by the state prosecutor’s office and the criminal police. Compensatory agreements under the Criminal Proceedings Law are available, in which the rights holder and the infringer participate in a settlement which includes the infringer’s acknowledgement and cessation of the criminal activity.

Prosecutors and courts view counterfeiting of pharmaceutical products as a serious criminal offence, due to the harm to public health that it can cause.

Both civil and criminal cases can take several years, factoring in appeals before the superior courts and cassation before the civil or criminal law chambers of the Supreme Tribunal of Justice.

The Ministry of Popular Power for Health has issued general standards regulating the advertisement and promotion of pharmaceutical products.

Over-the-counter (OTC) and other pharmaceutical products that can be sold without a prescription can be openly advertised and promoted in any medium, provided that approval has been granted and the ad complies with all data inclusion requirements of the relevant regulations.

All other products – specifically, those subject to prescription – can be promoted and advertised only to healthcare professionals.

Further, advertisement and promotion may not:

Commercial slogans can be subject to registration, provided that the application indicates the registered trademark with which the slogan will be used. The evaluation of distinctive character in order to ascertain whether a slogan is eligible for registration is less strict than the regular examination of a typical trademark.

Trade names used as distinctive signs to identify an entity’s commercial activity are subject to registration and the scope of protection can conflict with the rights granted to distinguish commercial activities related to pharmaceutical products. It is advisable to prosecute house trademarks as trade names for the purpose of covering relevant commercial activities. Watching services should also cover and include trade names, which are in National Class 50/46.

Following Resolution 48 of the Ministry of Popular Power of Health (published in Official Gazette 40.163 (May 9 2013)), health professionals must indicate the INNs or active ingredients in each prescription. Under Article 40 of the Pharmaceuticals Law, prescribing physicians may include an explicit instruction for non-substitution. The existing legislation encourages generic substitution; however, pharmacists should consult with prescribing physicians when proceeding with substitution for reasons of non-availability. Prescription forms may not include trademarks, slogans or any other distinctive elements associated with product manufacturers or distributors.

Only OTC products or those that do not require prescription can be subject to online advertisement. Domain names and local distributors must comply with the general advertising standards.

There is no specific prohibition for ‘.ve’ domain names using INNs or restrictions on the adoption of pharmaceutical trademarks. 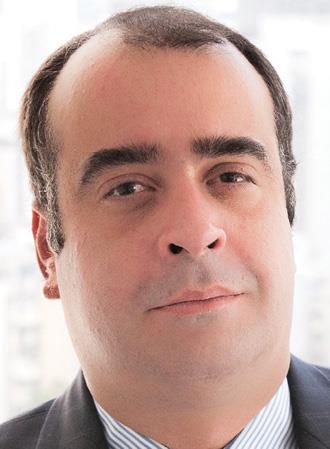 Sebastián González Yanes has a law degree from Andrés Bello Catholic University (Venezuela) and a master’s in IP law from the University of Alicante (Spain). His practice focuses on trademarks, designs and patents, and includes portfolio management, drafting of freedom to operate and clearance opinions, prosecution, opposition and invalidation. He also has significant experience in counselling on complex IP conflicts and protection and enforcement strategies in diverse fields, including pharmaceuticals and life sciences.