In Russia, medicines are sold under strict government supervision: pharmacies are frequently checked by the Federal Service for Surveillance in Healthcare and the government controls the prices and quality of medicines.

The volume of imported drugs exceeds that of domestically produced drugs. The most popular medicines relate to gastrointestinal tract treatments; these account for 20% of all medicines consumed. Cardiovascular medicines follow immediately afterwards.

Pharmaceutical consumption is growing every year. The pharmaceutical market is quite profitable: 13% on average. Foreign producers have a large share of the market, with the biggest companies including Sanofi-Aventis, Novartis, Hoffmann La Roche, Berlin-Chemie, Bayer, Pfizer and GlaxoSmithKline. The large Russian players include companies such as Pharmstandart. Among the companies specialising in generics, Israeli company Teva Pharmaceuticals deserves special mention.

Under the Law on Circulation of Drugs, drugs can be manufactured, sold and used in Russia only if they are registered with the Ministry of Health.

A pharmaceutical product is registered with an indication of its name (eg, its international non-proprietary name (INN) or grouping, or chemical and trade name). Registration is granted in perpetuity, with the exception of products that are being registered in Russia for the first time.

The Civil Code does not restrict the types of pharmaceutical product for which trademarks can be registered. In obtaining trademark registration, the holder acquires an exclusive right to use the trademark for any pharmaceutical product, regardless of its composition or purpose (unless the holder has limited the list of covered products by specifying compositions or purposes).

However, the Law on Circulation of Drugs prohibits state registration of:

Under the Law on Circulation of Drugs, state registration of a pharmaceutical product can be cancelled in case of non-compliance with the above provisions or where a court decision confirms infringement of IP rights.

Article 46 of the Law on Circulation of Drugs states that pharmaceutical products may be released for circulation only if the packaging includes the name of the product in Russian. Accordingly, while a name may be registered as a trademark in Latin script, the law requires a Cyrillic transliteration to be placed on the packaging. Trademark protection for the mark in Latin does not automatically extend to all other scripts, including Cyrillic. Therefore, in order to secure stronger protection for an original drug name, the registration of Latin and Cyrillic versions of the name as separate trademarks is recommended.

The Civil Code establishes the following grounds on which designations for pharmaceutical products may be rejected:

These provisions do not apply where a trademark has acquired distinctiveness through use in Russia (which must be proved with reference to the period before the filing date).

Designations cannot be registered as trademarks if they:

According to the practice of the Federal Service for Intellectual Property (Rospatent), the risk of misleading consumers regarding the identity of the manufacturer also exists where consumers associate a designation with the goods of another manufacturer based on previous experience.

Thus, in 2015 Rospatent refused to register the trademark ЛОРАКТИВ (LORAKTIV) in the name of a Russian firm because it reproduced a pharmaceutical name previously used by an Indian manufacturer. Although the prior use was in Kazakhstan and the drug name was not registered in Russia, Rospatent found a risk of consumer confusion as to the origin of goods because Russia and Kazakhstan are members of the Eurasian Customs Union (functioning since 2010).

As of October 1 2014, the Civil Code provides that a trademark may be refused if it incorporates a designation that is identical or confusingly similar to:

Part IV of the Civil Code prohibits the registration of designations that are identical or confusingly similar to earlier firm names that are protected in Russia. Therefore, a preliminary search of the State Register of Legal Entities is recommended to ensure that no potentially conflicting firm names exist. A search of other relevant databases (eg, the State Register of Medicines) should also be conducted in order to identify any identical designations registered by third parties as trade names for pharmaceutical products.

In 2012 the Supreme Commercial Court enjoined Rospatent from cancelling registration of the trademark КАРНИТОН (CARNITON, Registration 345444) in respect of Class 5 goods, as it was considered to be derivative of the INN Carnitine. The court stated that any action which may create a bar to the free use of an INN in Russia is contrary to the public interest and to the constitutional right to health protection and medical care.

However, a trademark will sometimes not be considered similar to an INN. For example, Rospatent refused to consider the trademark БРАВАДИН (BRAVADIN, International Registration 1086422) to be similar to the INN Ivabradine.

This issue has been subject to lengthy discussion without any tangible resolution. In 2015 and 2016 the issue of exhaustion of rights was discussed by the Eurasian Economic Commission, which comprises representatives of all five EAEU member states. One proposed alternative is to allow parallel imports of pharmaceuticals, auto spare parts and cosmetics. However, no solution is as yet on the horizon.

The Federal Service for Surveillance in Healthcare is the government body that supervises the quality of pharmaceutical products. A network of laboratories in each federal circuit tests the quality of drugs against reference specimens. The Law on Circulation of Drugs provides that the packaging of a pharmaceutical product must carry exhaustive information, including:

Further, the packaging of each product must bear a strip code enabling identification of the origin of that particular package.

This year will see the planned introduction of a state information monitoring system which will include the individual marking of every package of medicine, enabling interested parties to trace every individual package back to its producer.

A number of laws regulate advertising of pharmaceuticals. The Law on Advertisements concerns all types of advertisement; however, provisions which concern medical products represent a considerable proportion of the law. The law states that ads should be fair and authentic and should not claim exclusive IP rights if no such rights exist. Goods that are subject to state registration (including pharmaceuticals) may not be advertised if they are not registered. The law contains many other limitations that have no direct bearing on intellectual property, including advertising terms in print and on television.

The Law on Circulation of Drugs also limits advertising to over-the-counter (OTC) drugs. The content of the ad must correspond to the pharmacological data obtained during clinical trials. Ads may not:

OTC drugs account for about 50% of drug sales in monetary terms. Advertising OTC drugs is permitted and consumers often buy them based on information that they obtain from the media. Prescription medicines may not be advertised.

The Law on Circulation of Drugs sets forth requirements for generic drugs. The law states that a generic medicine must have the same qualitative and quantitative composition of active ingredients as the original drug. The Russian market has many generic drugs, which are sold at cheaper prices than the originals – often 20% to 50% cheaper. There have been isolated cases of generic drugs being marketed during the life of the original patent; however, these were successfully resolved by the courts in favour of the patent owners. Further, a preliminary injunction is available in such cases. Drugs sold by pharmacies or stored in warehouses may be seized until the dispute is resolved. For the most part, generics come onto the market from Russian, Indian and Chinese producers.

There are plans to take stock of the state register of medicines. Generics whose safety and therapeutic efficiency are not sufficiently proven will be excluded from the register.

The Ministry of Health plans to allow the online sale of drugs from January 1 2017. It is proposed that only licensed pharmacies be allowed to sell drugs online. When a drug is advertised on the Internet, the following must be indicated:

The same requirements will apply for individual entrepreneurs. 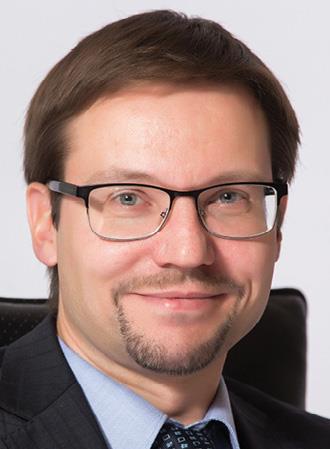 Viacheslav Rybchak graduated as a lawyer from Moscow State University of International Relations in 1998, specialising in international private law and IP law. In 1998 he joined Gorodissky & Partners.

Mr Rybchak specialises in obtaining legal protection for trademarks and appellations of origin of goods in Russia, the Commonwealth of Independent States and Baltic states. He also counsels clients on all matters pertinent to the protection of designations registered as trademarks. He is intensively involved in invalidation and cancellation proceedings, representing clients before patent offices and the courts. He regularly speaks at IP seminars and conferences in Russia and abroad, and has authored several publications in foreign IP professional magazines. He is a member of the Pharmaceutical Trademarks Group.