The decision reiterates that the assessment of the similarity between two signs means more than taking just one component of a composite trademark and comparing it with another mark. On the contrary, the comparison must be made by examining each of the marks as a whole, which does not mean that the overall impression conveyed to the relevant public by a composite trademark may not, in certain circumstances, be dominated by one or more of its components. It is only if all the other components of the mark are negligible that the assessment of the similarity can be carried out solely on the basis of the dominant element. That could be the case, in particular, where that component is capable on its own of dominating the image of that mark which members of the relevant public retain, so that all the other components are negligible in the overall impression created by that mark.

According to settled case-law, the “likelihood of confusion must be assessed globally, according to the relevant public’s perception of the signs and goods or services in question and taking into account all factors relevant to the circumstances of the case, in particular the interdependence between the similarity of the signs and that of the goods or services covered”, and the (average) public is deemed to be reasonably well-informed, observant and circumspect.

On January 7 2008 The Polo/Lauren Company filed a notice of opposition pursuant to Article 41 of the regulation based on the following prior signs: 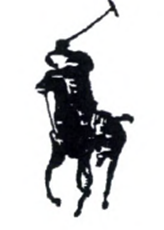 The opposition was based on Article 8(1)(b) (likelihood of confusion) and Article 8(5) (the mark applied for would be detrimental to the reputation of the earlier mark) of the regulation.

On October 28 2011 the applicant filed an appeal with OHIM under Articles 58 to 64 of the regulation.

The Second Board of Appeal of OHIM dismissed the appeal with regard to Article 8(1)(b) (in light of the identity of the goods concerned and the similarities between the signs at issue, as well as the enhanced distinctive character acquired through use of the earlier marks) and Article 8(5) (the use of the mark applied for would be detrimental to the repute of the earlier mark).

The applicant appealed to the General Court, alleging:

The court dismissed the first plea based on the following reasoning:

With regard to the second plea, the applicant argued that the earlier marks did not have a reputation within the meaning of Article 8(5). The applicant relied on the fact that The Polo/Lauren Company had produced evidence with regard to a period considerably earlier than the filing day of the trademark applied for.

In order to benefit from the protection afforded under Article 8(5), the following cumulative conditions must be satisfied:

The second plea was rejected, since: