Print article
Poland
Legal updates: case law analysis and intelligence
In the dispute between Belgian chocolate maker Soremartec, a member of the Ferrero Group, and Polish wine and liquor manufacturer Vinpol over the RAFFAELLO mark, the Polish Voivodeship Administrative Court has ruled in favour of Soremartec. 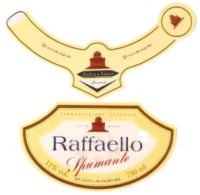 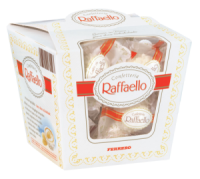 Soremartec was aware that Vinpol had registered the word mark RAFFAELLO (Registration 87046) in 1993, as well as other trademarks that included the word ‘Raffaello’, but had not opposed the applications. However, in the present case Soremartec alleged that the two trademarks were visually similar.

To support its claims, Soremartec provided reports on brand recognition and the development of the chocolate praline market in Poland showing that:
Additionally, Soremartec provided a report on Ferrero Group’s advertising investments in Poland for the period between 2001 and 2005, as well as the sales report for the Raffaello pralines for the period between February 2001 and February 2006. According to Soremartec, this proved that Raffaello had built a reputation in Poland over the years and that demand for the product continued to grow.

In contrast, Vinpol claimed that there was no danger of misleading the public because wine and pralines are different products.

The PPO ruled in Soremartec’s favour and cancelled Vinpol’s trademark, holding that sweets and alcohol are not completely different, as both products are consumed for pleasure and can be produced by one company and sold together as a set. Therefore, there was a possibility that the public would link the two products and believe that they came from the same company, especially as the graphic elements of the marks were confusingly similar. According to the PPO, this would give Vinpol’s products an unfair advantage on the Polish market that would be based entirely on the reputation that Soremartec had built for the Raffaello pralines.

Vinpol appealed to the Voivodeship Administrative Court, which dismissed the complaint. Considering the evidence provided by Soremartec, the court ruled that:
Maša Lopicic, PETOŠEVIC, Belgrade