Poland: The case for specialised arbitration

Arbitration proceedings can be an attractive way of resolving domain name disputes.

With over 2.4 million domain names already registered and over 70,000 new registrations every month, the Research and Academic Computer Network (NASK) – the domain name registry for the top-level country-code ‘.pl’ – is one of the biggest in the world. The open ‘.pl’ system is based on a first come, first served policy, which means that anyone can register a ‘.pl’ domain name, provided that it has not previously been registered.

While this approach has left the system vulnerable to abuse from dishonest individuals or companies that may seek to take unfair advantage of the trademarks of others, Polish law does provide effective means of defence for any party whose prior rights are infringed by the registration of a domain name.

A legal basis for initiating a domain name dispute can be found in the Industrial Property Law 2000 (for trademarks registered in Poland and international trademark registrations designated for Poland), the EU Community Trademarks Regulation (207/2009), the Unfair Competition Act and even the Civil Code (eg, with regard to company names).

Before initiating arbitration proceedings, it is necessary to establish the details of the current domain name holder. In the case of a legal person it should be possible to find its full details in the WHOIS database. Details of natural persons are not usually disclosed in the register, so a request should be filed with NASK indicating why these details are required and how they will be used. NASK carefully examines all requests and provides the details of natural persons only if the request is found to be justified. Details obtained in this way can be used only for the purpose indicated in the request.

Once the party has established the domain name holder’s details, it can initiate arbitration proceedings. However, it is advisable to contact the domain name holder (eg, by sending a cease and desist letter) before commencing proceedings. Although this is not obligatory, in some cases – especially when the infringement is unintentional or results from a lack of knowledge – it can allow the matter to be resolved without unnecessary proceedings.

Before initiating arbitration proceedings, it is necessary to pay an administration fee and file a pre-trial motion with the arbitration court. Such a motion should include the details of the parties to the dispute and the disputed domain name. In response, the court will send the plaintiff an arbitration clause to sign. Once this has been signed and returned, it is sent on to the domain name holder. As mentioned earlier, if the domain name holder fails to sign this within three months its domain name agreement with NASK will automatically terminate. Once the clause has been signed and returned, the plaintiff is notified of this by the court and given 14 days in which to file a statement of claims and pay an induction fee. The statement of claims is sent to the domain name holder, which is given a set time in which to file a response – usually seven days.

At the same time, the parties jointly select an arbitrator from a list maintained by the arbitration court. As a rule, the court will not interfere in this selection process. The only exception to this is if the parties cannot agree on an arbitrator.

While domain name disputes are generally resolved by one arbitrator, the parties may jointly request that the proceedings be conducted by three arbitrators. In such case each party appoints one arbitrator and those two arbitrators then select a third. The court then sends the case files to the arbitrator or the three-person tribunal, as applicable.

The parties may reach a settlement at any time during the proceedings. If this happens, the arbitrator will issue a decision to formally discontinue proceedings.

Any judgment issued as a result of proceedings before the arbitration court must relate to the infringement of the plaintiff’s rights (ie, whether the domain name holder in fact infringed the plaintiff’s IP rights). The court cannot order the domain name to be transferred to the plaintiff or award claims for damages. The latter can be claimed only in proceedings before an ordinary court. In order for an arbitration court judgment to be enforceable, a request for recognition of the judgment must be filed with an ordinary court.

There are no means by which proceedings before an arbitration court may be appealed. A judgment can be overturned only by an ordinary court on the basis of provisions set out in the Civil Procedure Code.

The arbitrators who resolve disputes are recruited from among the best specialists in the IP field. Therefore, a party whose rights are infringed by the registration of a domain name would be well advised to try arbitration proceedings

A plaintiff that wishes to register a domain name in this way should submit a legally valid ruling from a court of general jurisdiction to NASK, recognising the arbitration court’s judgment or – in proceedings before an ordinary court – a legally valid judgment.

Therefore, a party whose rights are infringed by the registration of a domain name would be well advised to try to resolve disputes by means of arbitration proceedings before these specialised arbitration courts. 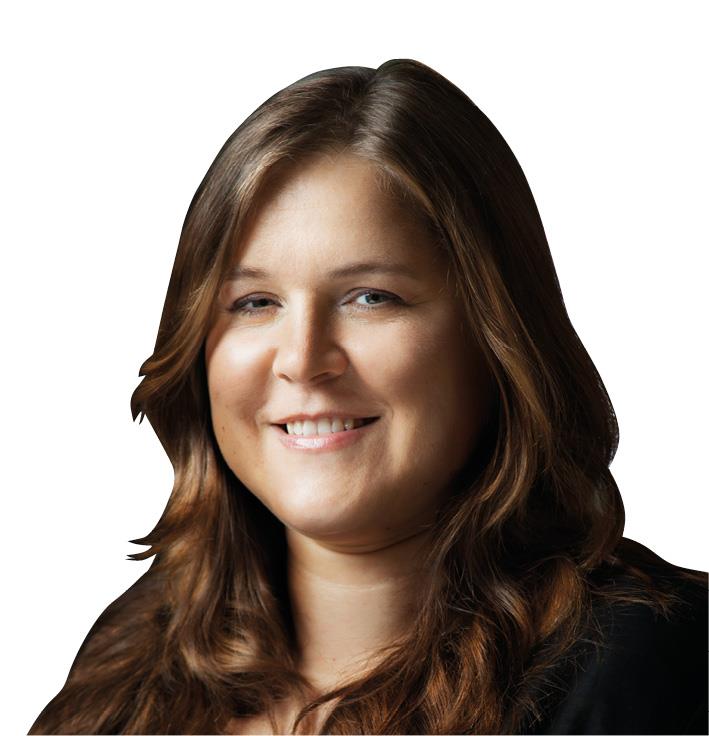 Joanna Piłka has been a patent attorney since 2011. She has an MA in economics from the faculty of economics and management at Lazarski University in Warsaw and a diploma in postgraduate IP studies from Warsaw University.

Ms Piłka’s key areas of practice cover all issues relating to the protection of industrial designs, trademarks and domain names. She represents clients in administrative and litigation proceedings before the Polish Patent Office and the Office for Harmonisation in the Internal Market, but is also experienced in handling court administrative proceedings.