Poland: A busy year for the courts

The right of publicity is a personal right, according to Article 23 of the Civil Code. According to this provision, personal rights (eg, health, freedom, honour, freedom of conscience, names or nicknames, images, private correspondence and scientific, creative, or inventive activities) are protected by civil law, regardless of protection provided elsewhere.

Article 81(1) of the Copyright Act states that an image may be disseminated only with the permission of the person featuring in that image (although under normal circumstances, such permission will not be required if the subject has been paid an agreed price for posing). However, Article 81(2) sets out situations where the image can be published without permission. These include where:

The category of public persons referred to in Article 81(2) includes individuals who hold public office or who play a role in various areas of public life, such as politics, social life, culture or the arts, and persons who attract substantial public and media attention, such as artists and celebrities.

If a photograph depicting an image of a person qualifies for protection under copyright law, the creator is entitled to property and non-property rights in the work

The content of the publicity right is determined by the so-called ‘theory of the stages’. If a photograph depicting an image of a person qualifies for protection under copyright law, the creator is entitled to property and non-property rights in the work – although anyone appearing in the photographs still has the right to protect his or her image.

The first step is to determine whether the work in question includes an image. An ‘image’ is defined as the physical appearance of a person which can be reproduced and disseminated. The concept of an image includes the visible physical characteristics of a person which constitute his or her appearance and is sufficient to identify him or her from others. This might be a physical image, a portrait or a recognisable photograph.

Next, it must be determined whether the image has been used. ‘Use’ in this sense is defined as an image being made public in such a way that the subject can be identified by others.

The next step is to determine whether the image has been disseminated. The concept of dissemination should be interpreted following the definition set out in Article 6(3) of the Copyright Act, which states that a ‘disseminated work’ is one that has been made available to the public by any means. This is the case where an indefinite number of people have had the opportunity to see the image.

Several interesting judgments regarding the use of images were issued in 2014. The first of these was a Katowice Court of Appeal decision of June 3 2014 concerning the conditions of lawful publication of an image of, and private information about, a public figure. Private photographs of the plaintiff on holiday were published in a newspaper to illustrate an article. The photographs included an image of the plaintiff lying in a hammock among palm trees in the company of two women wearing bikinis and a group of musicians and waitresses. The photo had been altered in such a way that the plaintiff’s eyes were covered with a black stripe. The accompanying article contained information about the plaintiff, including his first name and the first letter of his surname, and described him as a businessman, a former member of the town council and a candidate for mayor. The plaintiff was a real estate developer. In the past he had served as a regional councillor and as a member of the city’s board.

The court found that, pursuant to Article 81(2) of the Copyright Act and Article 14(6) of the Press Law, it is always necessary to demonstrate the relationship between the public activity in question and any image or private information that is published. In every case there must be a link between a person’s behaviour in the public sphere and legitimate social interests. In this case, the published pictures had no connection with the content of the articles that they were supposed to illustrate. Instead, the combination of the article’s content with the image of plaintiff on holiday in swimwear served only to ridicule the plaintiff.

According to Article 14(6) of the Press Law, consent to the publication of information relating to one’s private life is not necessary if the information or image being published directly relates to a person’s public activities, including any activity that is in the public interest, such as political, social, economic or professional activities.

According to the appeal court, showing an image that purports to conceal the subject’s identity while in actuality leaving him or her perfectly recognisable may stigmatise that person and cause him or her to be socially and professionally ostracised.

A Wroclaw Court of Appeal decision of January 30 2014 concerned the admissibility of disseminating an image without permission. This case concerned the online posting of a class photograph which included the plaintiff. According to the plaintiff, publication of the photograph constituted a breach of his image rights.

The Wroclaw Court of Appeal established that the recognition requirement is connected with how the person at issue is presented. Class pictures are taken with great care to ensure that all students are recognisable (eg, their faces are visible and the picture is clear). This presentation ensured that the plaintiff was recognisable. However, in the matter at hand, this was less important than the issue of whether the defendant had the plaintiff’s permission to distribute his image.

In the court’s assessment, the image of each student in a class photograph is an addition in nature – removing the image of one person would not change either the subject or the nature of the presentation. Consequently, it could be reasoned that posting the class photograph online fell within the bounds of fair use, under the meaning of Article 81 of the Copyright Act. Hence, the picture’s processing was also consistent with the law. As a rule, the dissemination of an image requires the permission of the person featuring in that image, unless the image constitutes only a detail of a whole (eg, a meeting, a landscape or a public event). The court stressed that this applies to any group of people, regardless of whether the assembly is random or arranged.

If a picture is not targeted at a specific person and his or her image is portrayed in a manner equivalent to the images of others, then the distribution of such an image does not require permission. The photograph in question showed the students of particular classes at various stages of their education. These images were not directed at the plaintiff in any way. For this reason, both the portal user who posted the photo and the defendant which provided web hosting services were not required to obtain the plaintiff’s consent before publishing such photographs.

In order for Article 81(2) of the Copyright Act to apply, it is necessary to determine the relationship between the image of the person claiming protection and other elements of the image. In particular, recent case law makes clear that permission is not required for the dissemination of an image when the person’s image forms only a small part of a whole and its removal would change neither the subject nor the nature of the photograph. 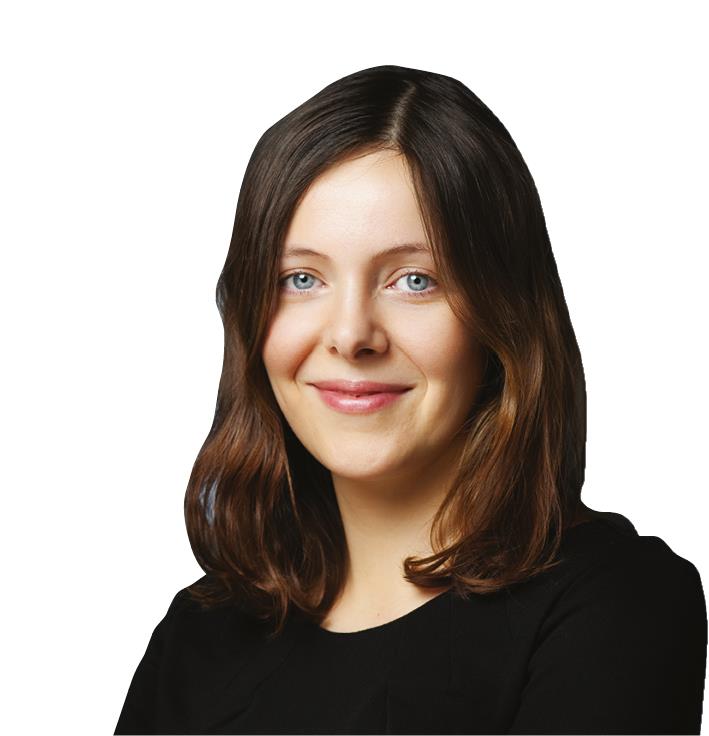 Maria Jurek graduated from the University of Warsaw Faculty of Law and Administration and pursued postgraduate IP studies. Currently she is working on a PhD on IP protection. Ms Jurek’s main areas of practice at Patpol are trademark infringement and unfair competition matters (both prosecution and litigation), domain name disputes and cases relating to customs seizures of counterfeit goods.