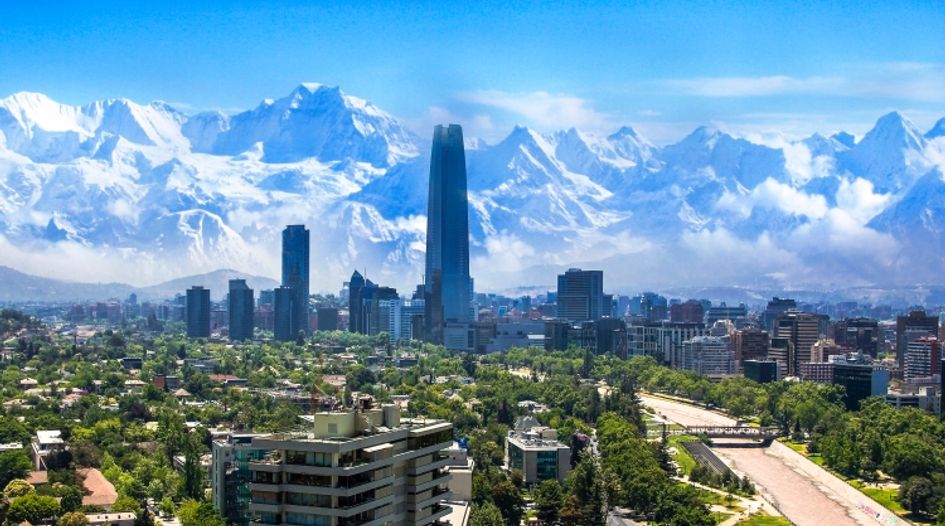 The Chilean National Institute of Industrial Property reached the summit of its modernisation projects in 2018, successfully incorporating artificial intelligence into its substantial examination processes. Looking ahead, 2019 is likely to bring new challenges relating to legislation and the services offered to office users.

Recognised as the most innovative trademark office in Latin America, the Chilean National Institute of Industrial Property (INAPI) has once again stood out among its peers, making the most of 2018 by developing new and improved ways to provide easier and more efficient access to its services to both domestic and international users and rights holders.

One of the office’s greatest achievements this year has been the implementation of a 100% paperless system. This means that INAPI, for both trademarks and patents, issues all of its paperwork electronically – without the need to print any of its office actions, certificates (which have been issued and signed electronically since 2012 and for which the average issuing time between October 2017 and October 2018 was 22 hours) or any other documents dating from January 2018. Having finally implemented an advanced electronic signature system, and having strengthened the office’s IT systems to safeguard information, INAPI is the first public service in Chile to go completely paperless. All paperwork that the office releases daily is now drawn up electronically, which is more efficient and beneficial for everyone. Such benefits include user access to original documents online without any restriction and without spending time and money obtaining certified copies. The electronic system also gives rights holders, users and patent and trademark agents access to read and consult files of interest at any time.

From the office’s perspective, this project has increased the safety of INAPI’s archives exponentially, as the risk of material loss or misplacement is now non-existent. Moreover, the cost of printing files (including the cost of paper, electricity, printing supplies and printer maintenance) has diminished significantly, saving the office resources that can be repurposed and enabling it to become more environmentally friendly.

Adopting this work method has also had an impact on users’ preferred channel of filing IP-related applications, with 89% of trademark applications having been submitted online by October 2018 – an 11% increase in e-filing compared to the period between 2013 and 2017. At the same time, INAPI has seen an 11% reduction in its processing times with an average processing time of 3.2 months for a trademark application that has not been subject to objection by the office or opposition by a third party.

In this way, INAPI is contributing to both the modernisation of governmental agencies and the protection of the environment, using the latest available technology to provide a secure service that guarantees the protection of confidential information and personal data, while continuing to be fast and reliable. Moreover, INAPI is helping other Chilean public agencies to implement a similar approach to bring their services into the 21st century.

In addition, in early 2018 INAPI launched a renewed online platform with the purpose of making the different features and online services provided by the office easier for users to navigate. Moreover, in an effort to streamline access to INAPI’s data collection, in November 2018 the office introduced a new search engine, whereby all the relevant information is captured in a single screen. As such, users no longer need to perform multiple searches to gather all the relevant information regarding a particular trademark. The updated website is available not only in Spanish, but also in English and French.

In accordance with the office’s goal of making information easily accessible, INAPI has also opened its data in CSV, XLS and JSON formats. This enables users to download data in bulk; therefore, more application programming interfaces can be developed by interested parties. This new feature complements several other online tools that INAPI freely provides, taking into consideration the aims of those who provide counselling on IP matters.

Innovation is the engine that powers INAPI’s core efforts and is seen by the office’s authorities and employees as fundamental to continuous growth and improvement. This value was reiterated by the October 2018 launch of an automatic image search tool developed by the University of Chile Physics and Mathematical Sciences Faculty in conjunction with INAPI’s trademark division. The tool is being used by INAPI examiners in their substantial examination procedures. The technological solution – which is based on artificial intelligence (AI) – compares images with incredible accuracy and locates all other trademarks with some similarity that could be used to support a refusal within the INAPI database. The search tool surpasses other free and commercial tools that are currently available on the market, while transforming INAPI’s decisions into objective actions based on scientific evidence, in order to establish grounds for more predictable criteria when it comes to identifying similarities among hundreds of thousands of trademarks. Forming alliances with academic researchers is also one of INAPI’s strengths, as the office realised early on that a strategic partnership would be necessary to develop a technology that went beyond its grasp and scope of action.

In 2018 INAPI also consolidated its home office initiative, which – strengthened by the aforementioned technological innovations – has enabled more than 35% of INAPI employees to work from home, in an effort to balance professional and family life, as well as personal interests, in order to keep the best professionals committed to working at the agency. Indeed, in 2017 the productivity of teleworkers increased on average by 13%. This is a groundbreaking development in Chile’s public sector and has transformed INAPI into the first Chilean public agency to implement home-working. 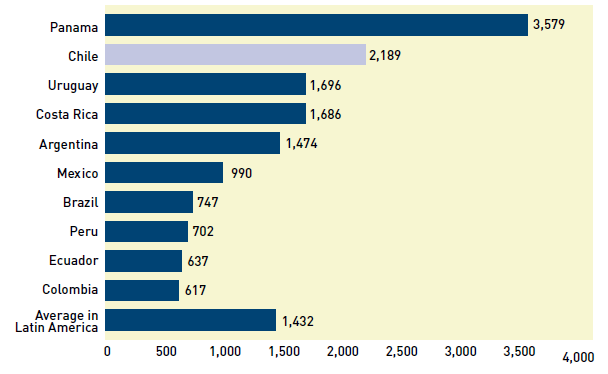 Continuing into 2019, significant changes and adjustments are expected to take place at INAPI, as the outstanding leadership team that it has had for the last nine years will step down to allow a new director general and deputy director of trademarks, geographical indications and appellations of origin to take the reins of an institution that has built itself on the vision and hard work of both its leaders and its employees – all of whom are deeply committed to providing an innovative and modern service for the entire community.

One of the many upcoming challenges will be initiating the second phase of the AI image comparison tool, which aims to ensure the continuous improvement of INAPI’s tasks and decision-making processes. Another challenge will involve the pending approval in Congress of a bill promoted by INAPI, which aims to update the current IP law by:

With regard to online services, INAPI’s website is due to become available in Mandarin by the end of the first quarter of 2019, in order to provide more users with direct access to the services provided by the trademark office.

Finally, in 2019 Chile may be able to sign up to a package of international treaties relating to IP rights boosted by INAPI. This includes the international registration of trademarks and industrial designs – one of the 60 recommendations contained in the Chilean IP Strategy launched in December 2016. The recommendations are being implemented by the Chilean government and aim to give rights holders, applicants and users a new set of tools to protect their intangible assets both domestically and abroad, as well as contributing to making Chile a more attractive place to invest – particularly in areas relating to innovation and technology. As of October 2018, 50 of the recommendations have been implemented.

Author | Director of the trademarks division