In Philip Morris Products SA v Japan Tobacco Inc (MCA (TA Distr) 64734-10-13, May 18 2014), in proceedings between two rival applications, the district court has affirmed on appeal a decision of the registrar of trademarks to proceed with the examination of a device mark containing the words 'activate freshness' for cigarettes in the name of Japan Tobacco Inc, and to refuse Philip Morris Products SA's application for a device mark containing the words 'activate' and 'fresh'.

In 2011 multinational cigarette manufacturers Japan Tobacco and Philip Morris applied for the registration of trademarks in Israel that included the words 'activate' and 'fresh'/'freshness', intended for use on cigarettes that release a mint flavour.

Philip Morris was the first to apply - in January 2011 - for the device trademark L&M ACTIVATE 2 IN 1 ACTIVATE FRESH FLAVOUR (Application No 235858): 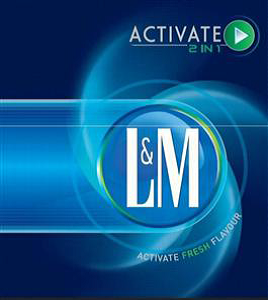 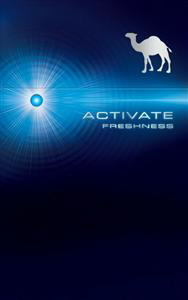 All the marks were applied for in respect of tobacco, cigarettes and other smokers’ articles in Class 34 of the Nice Classification.

The registrar of trademarks commenced rival applications proceedings under Section 29 of the Trademarks Ordinance [New Version] 5732-1972 in order to decide which applicant had better rights.

The registrar decided in favour of the later applicant, Japan Tobacco, which had proved use in many countries (although not in Israel), while Philip Morris had failed to demonstrate use either in Israel or abroad. Further, it was shown that, when Philip Morris applied for the registration of the device mark ACTIVATE 2 IN 1 ACTIVATE FRESH FLAVOUR, it was actually using a somewhat different mark, FORWARD 2 IN 1 PRESS FOR MENTHOL FLAVOR. Philip Morris had presented no reasonable explanation as to why it had chosen to register a mark including the word 'activate', rather than the mark it was already using.

Philip Morris appealed to the district court, arguing that the registrar had erred in:

The district court reiterated the rule that the key criteria applicable to rival applications in proceedings under Section 29 of the ordinance are the parties' good faith when choosing their mark and the extent of use of each mark in Israel before and after the applications were filed; the filing dates are of secondary importance. The court further held that the rival marks were confusingly similar and rejected Philip Morris’ unsubstantiated argument that confusion was prevented by the brand loyalty of typical cigarette consumers and by the fact that consumers buy cigarettes over the counter by requesting their favourite brand. The court held that a dominant element such as 'activate' may well be used to request the goods of both parties.

As to the extent of use, the court affirmed the registrar’s conclusion that Japan Tobacco’s use of the mark in advertising and sales abroad could be taken into consideration, while Philip Morris had showed no use either in Israel or abroad. The court rejected the argument that 'activate' was descriptive.

Examining the parties’ good faith, the court held that Philip Morris had failed to show that it had chosen its mark in good faith, given its earlier application for a mark that was very similar to the mark at issue in this case but used words other than 'activate', and its failure to show use of the mark at issue anywhere in the world.

The time difference between the filing dates, small as it was, was also found to be in favour of Japan Tobacco, as, with regard to priority, it was the first to apply for the word mark ACTIVATE, which was the element at the heart of the dispute between the two companies.

The court also rejected Philip Morris' argument that the mark ACTIVATE was ineligible for registration on the ground that it was descriptive (as the word 'light' for cigarettes had been found to be descriptive in earlier case law), holding that:

Costs in the amount of IS30,000 were awarded against Philip Morris.