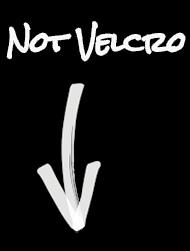 “We’re a company that’s so successful, that everywhere you go, you see a scratchy, hairy fastener and you say ‘hey, that’s Velcro’... You think it’s awesome for us, we’re famous, but we’re lawyers and it’s causing us grief, because there are trademark laws being broken, it’s all here in this short legal brief. And we know that this is confusing, because Velcro brand is who we are, but if you call it all Velcro, we’re going to lose our circled ‘R’. This is called a ‘hook-and-loop’, this one’s a ‘hook’, this one’s a ‘loop’, you call it Velcro but we’re begging you, this is bleeped ‘hook-and-loop’.”

The legal team at Velcro Companies explain in song why consumers should call its products ‘hook-and-loop’ rather than the brand name Velcro. The video for ‘Don’t Say Velcro’ went viral and, at the time of going to press, had been viewed 422,000 times (September 26 2017)

“The provision for life sentences for counterfeiters is apt given that these people endanger human life. The proposals for the forfeiture of assets of the convict and the creation of a victims’ compensation fund are also commendable.”

Obafemi Agaba, partner, and Chinwe Ogban, associate, at Jackson, Etti & Edu, comment on a bill introduced in Nigeria which proposes a series of amendments to the country’s counterfeiting legislation, including life sentences for those convicted of selling certain types of fake goods (September 27 2017)

“One of the things I would say to international brands is ‘reach out’. Come in and visit the Cambodian Counter Counterfeit Committee (CCC). Engage with us. Let us understand the issues you face and we can work on solutions together. Being a partner from an early stage, with a government keen to act, means that you are able to really shape the IP ecosystem and help get priorities straight early one. We want brands to come in and engage – for their benefit but also for the people of Cambodia and the country’s continued growth.”

In an exclusive interview with World Trademark Review, Ainsley Jong, goodwill ambassador for the CCC, urges brands to engage with the Cambodian government to help shape the country’s brand protection environment (September 28 2017)

“The real story here isn’t what was said, but what wasn’t: what is the proposal for funding of the USPTO, including diversion of revenues collected by this uniquely self-funded government program? Given that the key goal of the Republican budget overall is to cut spending and reduce the deficit by a hefty $6.5 trillion, the hidden agenda is probably a significant reduction in funding to the USPTO in the form of diversion of USPTO fees to other government programs at unprecedented levels, and/or the significant lowering of USPTO fees which are primarily paid by businesses. If that is the case, there is little doubt the USPTO would have a much harder time performing its core mission. Such a penny-wise, pound-foolish ‘solution’ would undoubtedly be bad for the business community and the economy.”

Kerry Timbers, partner and co-chair of litigation at Sunstein, Kann Murphy & Timbers, reacts to the proposal by the US government’s House Budget Committee to establish the US Patent and Trademark Office as an independent agency (October 3 2017) 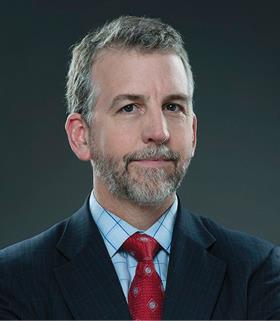 “Over the past year, many of our members have reported improvements on Alibaba platforms especially those related to procedures and timelines for takedowns. They’ve welcomed the relationships they have developed with Alibaba and have reported success using new procedures and programs. While many of these brands still report relatively high numbers of counterfeits, they believe the partnerships they have forged and the tools Alibaba has launched – sometimes in conjunction with their input – are achieving results in attacking these infringements.”

In its public comment to the US Trade Representative’s Special 301 Out-of-Cycle Review of Notorious Markets, Stephen Lamar, executive vice president of the American Apparel & Footwear Association, took a more positive tone than in previous years (October 5 2017)

“Whereas in other types of litigation a capped costs regime has led to service innovation in the sector, in the IP sector there has been no real innovation by most firms – how ironic! Most firms still run their intellectual property litigation the same old way, seek to charge an absolute fortune and get away with it because there is no real competition in the market (ie, everyone works and charges the same way). I recently heard a story about a case moving from one firm to another less than two months before the trial and the new lawyers spent £200,000 in that time. I read the case and there was no way that the case should have cost that at all. If that case had been before the IP Court the party would not have been able to recoup anything beyond £50,000, so a massive proportion of what was spent would not have been recoverable. This is the kind of behaviour that gives lawyers a very bad name.”

Rallying against high litigation fees in the United Kingdom, trademark attorney and founder of Wood IP Aaron Wood calls for a shift change in law firms’ attitudes towards costs (October 18 2017)