My aim is to educate, so I’m not too concerned about personal risk. When trying to educate and fight for media attention I use the strategy of saying attention-grabbing things – even at the risk of denting the readers’ self-perceptions. It’s a good way of getting people to think. If you receive pushback from expressing an opinion that is uncomfortable for some, then you have an opportunity to prove your argument with some cold hard facts.

Ceri Wells, a founding partner of James & Wells, reflects on a column he authored claiming that New Zealanders are “unsophisticated and naive” in their attitude towards IP rights after a backlash against Coca-Cola’s efforts to enforce its rights in the country (October 26 2017)

Lawyers were consulted. Lawyers may say yes or no depending on what the client wants. If the client wants them to say yes, they do whatever they can to come up with a yes. And the other way around. That’s how lawyers work. So it’s not just a matter of coming here with a lot of lawyers or lot of legal arguments. It is a matter of pointing out that you are creating problems for governments and this is an extremely sensitive political issue.

In a heated session at the Internet Corporation for Assigned Names and Numbers (ICANN) meeting in Abu Dhabi, a Government Advisory Council member adopts a combative stance against Amazon’s efforts to progress its application for the ‘.amazon’ top-level domain (October 29 2017) 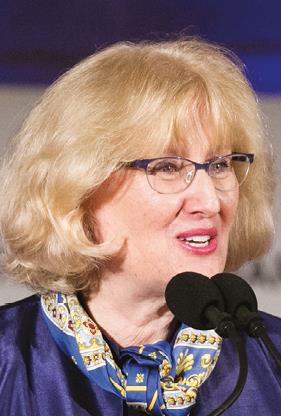 The fraud section [of the Department of Justice (DOJ)]doesn’t have the manpower to pursue many of these cases, which take a long time and a lot of work. We have candidates over there being considered; they’ve had interviews, the process is well underway and hopefully we will get some people in the DOJ for a year or so to help send a message to the criminals that this is not acceptable.

At this point, we know that the General Data Protection Regulation (GDPR) will have an impact on open, publicly available WHOIS. We have no indication that abandoning existing WHOIS requirements is necessary to comply with the GDPR, but we don’t know the extent to which personal domain registration data of residents of the European Union should continue to be publicly available.

In a statement from its contractual compliance department, ICANN acknowledges uncertainty surrounding the impact of the GDPR regime on continued open access to WHOIS data (November 2 2017)

The result was mind-blowing. We found in order of magnitude more combosquatting domains than typosquatting domains, for instance. The space for combosquatting is almost infinite because attackers can register as many domains as they want with any variation that they want. In some cases, registering a domain can cost less than a dollar.

Panagiotis Kintis, co-author of “Hiding in Plain Sight: A Longitudinal Study of Combosquatting Abuse”, warns of the risk of domain name registrations that combine a popular trademark with another phrase – for example, ‘brand-shop.com’ (November 14 2017)

Trademark professionals can provide vital support, but we must have a very open mind and sometimes take a step back in providing advice relating to corporate social responsibility (CSR) campaigns and initiatives. I have learned the hard way that it is not constructive to walk into a meeting to discuss sustainable brands with your trademark legal requirements in mind… We like to think that everyone is always interested in claiming exclusive rights, but there is so much more to it.

As brand, consumer and IP advocates, we are concerned about the action by the ICANN organisation to temporarily suspend the obligations of contracted parties to collect and publish accurate WHOIS data. We believe that it is premature to assume that GDPR is at odds with these principles, and that this response from ICANN is reactionary to concerns that the community has expressed without fully understanding all the issues and options.

Brian Winterfeldt, principal of the Winterfeldt IP Group and chair of ICANN’s Intellectual Property Constituency, hits out at ICANN’s announcement that it will defer enforcement actions over non-compliance with contractual obligations relating to the handling of registration data in light of GDPR (November 21 2017) 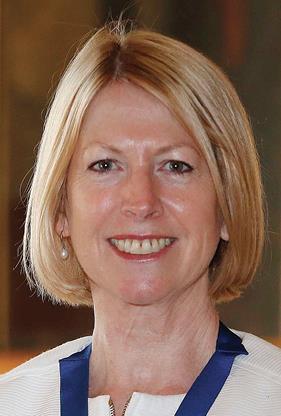 It was with immense pride that we launched The Chartered Institute of Trademark Attorneys (CITMA) a year ago today. Being granted a Royal Charter is a great privilege for our profession and is a mark of the quality of service our members provide. It has also cemented CITMA’s position as the pre-eminent organisation for trademarks in the United Kingdom... The added gravitas of our Royal Charter has also helped CITMA to build upon our influence with key stakeholders – which at such a key time for our profession has been extremely valuable.