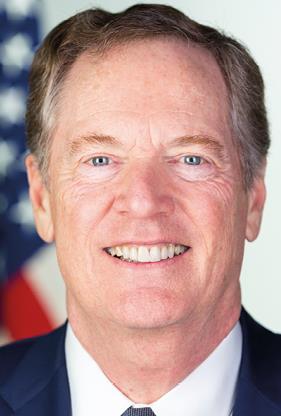 Marketplaces worldwide that contribute to illicit trade cause severe harm to the American economy, innovation, and workers. The Trump Administration is committed to holding IP right violators accountable and intensifying efforts to combat counterfeiting and piracy.

As a result of the rise of trade protectionism, Alibaba has been turned into a scapegoat by the USTR to win points in a highly-politicised environment and their actions should be recognised for what they are. The USTR’s actions made it clear that the Notorious Markets List, which only targets non-US marketplaces, is not about IP protection, but just another instrument to achieve the US Government’s geopolitical objectives. Alibaba reiterates our point of view: we will continue to strengthen our IP protection system with world-leading technology and a collaborative approach with brands and other stakeholders.

Overall I have a healthy respect for private equity coming in and taking on the market. In many ways it is better than what you have with traditional companies. Sometimes it doesn’t work out, of course, but private equity is a global phenomenon. Every aspect of our life and industry has been improved by it. So I see it as extremely positive – it is great for those who want to build business, and it is great for customers. Our niche of the world is no different from the rest of the world.

The issue of counterfeiting is becoming more complex and therefore harder to tackle. We have to find ways to counteract that. We need to find an approach where we develop a network with all relevant stakeholders, including brand owners, associations and government agencies. As the largest brand owner association worldwide, INTA can serve as the connector between those stakeholders, and we are eager to work with others to address this escalating problem.

Tish Berard, 2018 president of the International Trademark Association (INTA) and chair of its board of directors, talks to World Trademark Review about her vision for the association’s approach to anti-counterfeiting (January 15 2018)

In my opinion, big corporations have to increase their level of empathy; if the business they are targeting is a small business which is not a direct threat, then the situation needs to be explained clearly to them and suggestions made about how to proceed with next steps…We need to work together, and receiving a cease and desist letter without explanation and fair time frames is not cooperative at all.

It is tough for attorneys in the United States to look at the top filers list – to say ‘I do everything I am supposed to be doing’ but then see that 25% of the top ranked filers are not even licensed. It would be fine if it was an equal playing field, but it just isn’t.

Raj Abhyanker, founder and shareholder in LegalForce RAPC Worldwide, explains why he sent a grievance complaint to the US Patent and Trademark Office about Chinese IP law firms “practicing illegally” in the United States (January 30 2018) 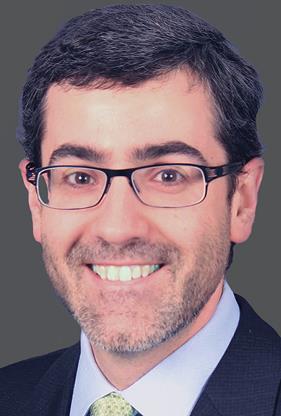 I think that the fact you see the Cleveland Indians making a change is in some sense a testament that advocacy groups may have succeeded to some extent in winning a political debate about the propriety of using those types of mark. Although from a purely legal point of view it was effectively a failure, the Redskins case helped to generate some of the controversy around these trademarks. While there has also been a broader cultural change too, the Redskins dispute put the issue into the general public’s view.

After the Cleveland Indians announced that it was to remove the controversial Chief Wahoo logo from its uniform, Richard Assmus, partner at Mayer Brown, muses on the role in this decision played by the legal dispute over the Washington Redskins trademarks (February 1 2018)

One of the problems in developing sophisticated automated search is working out whether a trademark is distinctive. There are statistical tricks which we used, but they are just that – tricks. The AI does not ‘know’, it is just using probabilities as a proxy. So as well as knowing much more, attorneys mostly know what they don’t know and can steer away from the edges of their knowledge limit. AI, on the other hand, does not and will walk up to and over the edge. It’s for that reason that, in my opinion, attorneys can sleep easy – there is no imminent AI apocalypse.

Mark Kingsley-Williams, founder of LawPanel, predicts that the rise of artificial intelligence poses no risk to trademark practitioners (February 1 2018)