“This will likely make it harder for Cadbury to stop others from using the colour purple for chocolate, and claiming a monopoly on the particular shade, but, provided they have acquired the necessary goodwill in the UK, there could be an argument under the law of ‘passing-off’.”

Sharon Daboul, chartered trademark attorney at Harbottle & Lewis, reflects on a UK Court of Appeal decision in which the court found that Cadbury’s attempt to register a colour mark “falls foul of the requirements of clarity and precision” (5 December 2018)

“Taking down websites or marketplace offerings is a temporary solution that trains cyber criminals to improve. The truth is that every savvy counterfeiter has dozens, perhaps hundreds, of domains with copies of the same websites ready to be published when their most recent website has been taken down and the domain seized.”

After the EU Agency for Law Enforcement Cooperation and the US Immigration and Customs Enforcement took down a record-breaking number of domain names, the CEO of IPCybercrime, Robert Holmes, laments the ongoing challenge (29 November 2018) 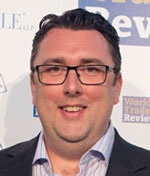 “The single largest issue at the moment is Brexit. It’s pretty clear that whatever Brexit looks like, whether it’s hard or soft, whether the UK stays in or out – it’s going to cost businesses money. I also think the current impact of GDPR on domain name disputes, and the lack of transparency on the WHOIS record, is not making our lives very easy. Masked WHOIS search information is a real problem when it comes to infringement; it means that we are faced with the need to commence administrative proceedings where previously we’d have entered into a dialogue.” 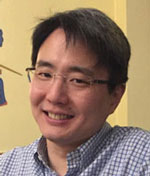 “Private companies are not well-equipped to chase containers and criminals, even though that is what many have been forced to do. Unlike traditional brand protection teams, we decided five years ago that it might be more effective to work with officials and governments to make sure that the policy environment is suitable for tackling illicit trade, that officials have sufficient power to enforce the law, and that they are equipped by us with accurate intelligence to do their work effectively.”

“The phrase sets up what is essentially a false dichotomy which spuriously invites separate treatment for the two ‘categories’ which it encompasses. Decision makers on every level have solemnly quoted the phrase and studiously applied the prodigious case law which has accreted around it over the past 60 years. To my mind, this is really a waste of time.”

In a guest op-ed for WTR, Brian Elkington, partner at Adams Pluck, argues for the removal of “substantially identical” from Section 44 of Australia’s Trademarks Act 1995 (13 November 2018)

“When the changes to the law were introduced in 2014, brand owners and practitioners had many concerns with both the process and content of that bill which many believe made ill-advised and ill-conceived changes to the law. The current bill addresses some of the perceived deficiencies of the 2014 legislation and provides brand owners with some additional tools to protect and enforce their trademark rights.”

“If this is to be done in a quick and effective way, the mediator – who makes up the core of the procedure – is a crucial figure. The mediator must be certified, and in practice, but there are remarkably few certified IP mediators. It’s hard to say how IP related cases, some which are very complicated, will be solved out of court by someone who doesn’t have this background.”

“As we have seen with many natural disasters, government is not always equipped to respond alone. Companies often play a critical role. A few weeks after the disaster, CNN listed 138 companies that donated millions of dollars in aid to help those impacted by Katrina… [However] The motivation to help must be the sole driving force behind CSR. It must be sincere. If your company decides to engage in CSR you have to do it right or you will face a backlash.”