“The ALS Association filed for these trademarks in good faith as a measure to protect the Ice Bucket Challenge from misuse after consulting with the families who initiated the challenge this summer. However, we understand the public’s concern and are withdrawing the trademark applications. We appreciate the generosity and enthusiasm of everyone who has taken the challenge and donated to ALS charities.”

“Deborah Cohn announced to her colleagues that she will be retiring from the USPTO at the end of this calendar year. She has agreed to continue to serve through the end of the year and to help identify a suitable successor.”

A USPTO spokesperson confirms to World Trademark Review that Deborah Cohn, current commissioner of trademarks, is to retire this year (August 9 2014)

“The GAC is made up of a melange of countries and some of these are very dictatorial and want to supress communications – they certainly aren’t all favourable to marketplace approaches as that is not how their governments and economies operate. And there are no real procedures built in – the GAC can make a pronouncement and not have to come up with any justification or clarity as to what their view is, so even if you want to critique it you would have nothing to go on. To suddenly say that the GAC – with no procedural safeguards – can force views onto the internet community is a very substantial step. And you could see cases of government logrolling, where deals are made as they want to support something elsewhere. That is the worst kind of process.”

Dan Jaffe, executive vice president of the Association of National Advertisers, comments on proposals to introduce a higher voting threshold for the Internet Corporation for Assigned Names and Numbers board to determine not to follow the advice of the Government Advisory Committee (September 16 2014)

“Brands need to accept it: people will start making and downloading 3D print files, especially as the technology gets better and cheaper. It will be similar to what happened to the music industry – big labels behind the musicians couldn’t expect people not to copy/download protected music, so they needed to find another way to make money. instead of Nike saying, ‘You can’t copy my shoe,’ it will find other ways to make money out of the business, such as a customisation platform, where people pay to customise the design of a shoe and download the subsequent blueprint. The retail industry should find a way to integrate 3D printing somehow – concentrate on the ‘experience’ side of things rather than just selling products. If the big brands are clever enough, they should do that now.” 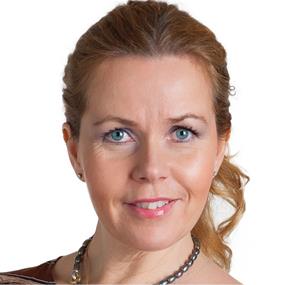 “In the new Parliament, around 50% of members are new and colleagues I previously worked with have left the Parliament for various reasons. This means I am the only one left from the previous mandate and I also have other duties. To tell you the truth, I have moved on already and am in different political fields, so I am trying to get back to the same feeling I had at the time.”

Cecilia Wikström, member of the European Parliament and rapporteur of the EU trademark reform package, outlines the political and motivational barriers ahead (September 26 2014) 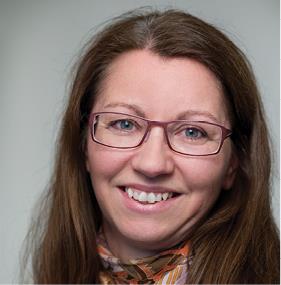 “There are many fan sites and blogs, and we don’t mess with them. As a trademark lawyer, I may see something that I don’t like, but we leave fans alone. If it is a commercial site I may then go after it, but we don’t interfere with fans… [in fact] when fans see inappropriate use of our logos on sites, they often go after it themselves as they are very loyal to our brand. And that is why we love them.”

Mette Andersen, corporate counsel at LEGO System A/S, expands on the brand’s approach to fan sites while speaking at the MARQUES conference (September 26 2014)

“While Bill C-8 originally progressed quickly, progress slowed in the early part of this year and many people believe that the delay was due to the introduction of the changes to the Canadian Trademarks Act. It now appears that the Canadian government again intends to move quickly in passing the Combating Counterfeit Products Act into law. While some concerns have been raised regarding the provisions of Bill C-8, reform of Canada’s anti-counterfeiting laws is overdue and the anti-counterfeiting community in Canada welcomes the apparent renewed interest in the issue by the government of Canada.”