It is unlikely that flavors can ever be inherently distinctive, because they do not “automatically” suggest a product’s source... The functionality doctrine is a significant hurdle for any party seeking to protect a flavor as a trademark… People eat, of course, to prevent hunger. But the other main attribute of food is its flavor, especially restaurant food for which customers are paying a premium beyond what it would take to simply satisfy their basic hunger needs. The flavor of food undoubtedly affects its quality, and is therefore a functional element of the product.

The US District Court for the Southern District of Texas, in New York Pizzeria v Ravinder Syal, noted many of the problems that applicants face when attempting to register a taste mark and why there is a low success rate for such applications (October 20 2014)

There is no inconsistency between, on the one hand, requiring advertisers to ensure their advertisements enable the average consumer to ascertain that the advertised goods or services originate not from the trademark proprietor but from an unconnected third party and, on the other hand, saying that the burden of proving that they have failed to do so lies on the trademark proprietor.

The Court of Appeal for England and Wales orders a retrial in the long-running AdWords dispute between Interflora and Marks & Spencer, finding that the trial judge made a number of legal errors in assessing the issue of infringement – one being its application of reverse onus (November 5 2014)

In addition to dollar loss, if you can tie it to something that the bureau places a higher priority on, that would help. Trademark violations are not top of our list of priorities – terrorism is. But if you have evidence of data intrusion and can link to that – or a risk to public health and safety – we will be more likely to take it on. If a counterfeit website doesn’t lead to monetary loss or loss of competitive advantage, then it is less likely to get our attention. But if those websites are being used to steal personal information, even if there is no monetary loss to you, that is something we would look at very seriously. 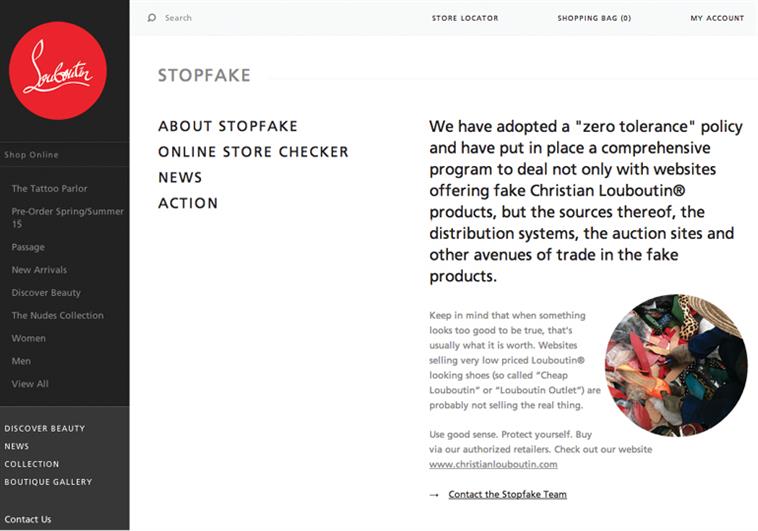 The Internet never stops evolving, and counterfeiters tend to do the same. They regularly take advantage of new tools, but we keep up and cooperate with platforms and service providers to tackle them. [A new trend is] social media pages used as a multi-brand fake catalogue – easier for individuals than having to set up a fake boutique online. Another one, which is much trickier, consists of hacking genuine websites. Additional pages are then inserted, benefiting from the domain’s ranking in search engines, just to later redirect users to completely different websites, selling fakes.

A spokesperson for Christian Louboutin’s Stopfake initiative, which receives 200 counterfeiting tip-offs a week from members of the public, identifies some of the more audacious methods that infringers are using to sell fake goods online (November 14 2014) 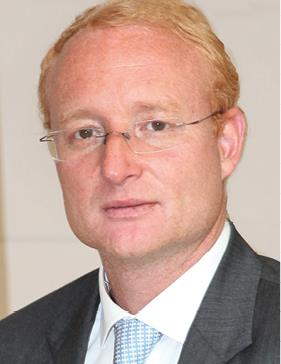 This new building is a symbol of optimism and an investment in the future of the office and the European Union… [It] will deliver the environment needed for new ways of working that will offer better quality and improved efficiency. It is a core part of OHIM’s strategy for the future and represents a tangible symbol of our celebrations of 20 years of excellence.

Office for Harmonisation in the Internal Market (OHIM) President António Campinos officially opens the 9,000-square-metre expansion of its headquarters in Alicante (November 17 2014)

Brands that have sophisticated programmes that include litigation, remediation of abusive advertising, policing of B2B and B2C sites and local investigations do see the results. We’ve seen sustained decreases in the number of sites targeting very vigilant brands; brands judiciously using litigation and other means of remediation make themselves ‘hard’ targets and see less abuse. Litigation is an indication of aggressive and proactive defence of brands and often results in disabling hundreds and sometimes thousands of sites in a series of actions. Counterfeiters, logically, move on to other targets.

MarkMonitor’s chief marketing officer, Frederick Felman, comments on the findings of the company’s Shopping Report, which examines consumer purchase intent and the demographics of those who acquire counterfeit goods online. The study revealed that brands which do not file suit against illicit websites suffer greater numbers of bargain hunters clicking on rogue sites than brands that actively litigate against counterfeiters (November 19 2014)